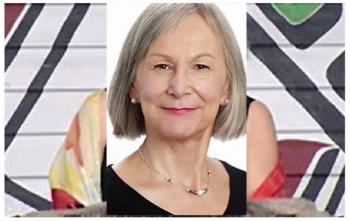 Marion Buller, chief commissioner for the National Inquiry into Murdered and Missing Indigenous Women and Girls

“Many people, non-Indigenous and Indigenous, many institutions will find this day, this report, these truths difficult, challenging and uncomfortable. This is an uncomfortable day for Canada, but it is an essential day.” —Prime Minister Justin Trudeau
By Shari Narine
Windspeaker.com Contributor

In a gloves-off statement, Marion Buller, chief commissioner for the National Inquiry into Murdered and Missing Indigenous Women and Girls, said the violence against Indigenous women, girls and gender diverse people is genocide.

“These are findings of facts that are comprehensive and large and general in scope,” said Buller.

“First, the significant, persistent and deliberate pattern of systemic, racial and gendered human and Indigenous rights violations and abuses perpetuated historically and maintained today by the Canadian state designed to displace Indigenous people from their lands, central structures and governance to eradicate their existence as nations, communities, families and individuals is the cause of the disappearances, murders, and violence experienced…”

She called for an “absolute paradigm shift” to dismantle colonialism in Canadian society from all levels of government and public institutions.

“Ideologies and instruments of colonialism, racism and misogyny both past and present must be rejected.”

It’s the second time in four years the term “genocide” has been used in reference to how Indigenous people have been treated by Canada.

In 2015, the final report presented by the Truth and Reconciliation Commission (TRC) called Indian Residential Schools a form of cultural genocide.

However, Buller was clear that what had led to and was continuing to lead to the high numbers of missing and murdered Indigenous women and girls went beyond cultural genocide.

“Based on all the evidence that we heard and read it was an inescapable conclusion,” Buller said after the emotional closing ceremony in Gatineau on June 3.

The two-volume report, which outlines 231 Calls for Justice that concluded the work undertaken by the four-member MMIWG commission over the past three year, was accompanied by a supplementary report on “A Legal Analysis of Genocide.”

“The violence the National Inquiry heard about amounts to a race-based genocide of Indigenous Peoples,” reads that analysis.

“This genocide has been empowered by colonial structures, evidenced notably by the Indian Act, the Sixties Scoop, residential schools and breaches of human and Indigenous rights, leading directly to the current increased rates of violence, death, and suicide in Indigenous populations.”

In responding to the report, Prime Minister Justin Trudeau did not acknowledge the charge of genocide.

“Many people, non-Indigenous and Indigenous, many institutions will find this day, this report, these truths difficult, challenging and uncomfortable. This is an uncomfortable day for Canada, but it is an essential day,” said Trudeau.

“To the murdered and missing Indigenous women and girls of Canada, to their families and to survivors, we have failed you. We will fail you no longer. In the days ahead, let us walk forward together as partners, hand in hand as we right the wrongs and seek justice for the Indigenous people of Canada.”

Speaking after the ceremony, National Inquiry Commissioner Michele Audette said she was disappointed that Trudeau did not use the term “genocide” in his statement. However, Buller did not hold the same view, pointing out that the government still has to read, study and analyze the report.

“We don’t need to hear the word “genocide” come out of Prime Minister’s mouth because the families have told us, the survivors have told us their truths,” said Buller.

When the TRC tabled its final report to the Conservative government, Prime Minister Stephen Harper did not support the view of cultural genocide.

Like the TRC’s 94 Calls to Action, which outlined the need for sweeping changes over almost every sector of Canadian society, the MMIWG 1,200-page “Reclaiming Power and Place” report also calls for sweeping changes to address root causes: health and wellness; restoring culture and identity; and social and economic marginalization. Action to be taken is directed at all levels of government as well as institutions, social service providers, industries and Canadians.

“We have found that Indigenous women, girls and 2SLGBTQQIA people experience social and economic marginalization and exclusion as a direct result of colonial and racist and sexist government policies that violate their social, economic and political rights and jeopardize their rights to human security and in turn to safety … (so they) end up in violent and unsafe circumstances in an attempt just to have their basic needs met,” said Commissioner Brian Eyolfson. (2SLGBTQQIA means two-spirited, lesbian, gay, bisexual, transgender, queer, questioning, intersex and asexual).

Commissioner Qajaq Robinson, the only non-Indigenous member of the commission, referred to the Calls for Justice as “legal imperatives” as they are “rooted in rights” based on domestic and international laws.

“This report is not the end. The work of the commissioners, the stories they have collected and the Calls for Justice they have put forward will not be placed on a shelf to collect dust,” said Trudeau.

“You have my word that my government will turn the inquiry’s call for justice into real meaningful, Indigenous-led action.”

Trudeau, whose Liberal government won the federal election a few months after the TRC delivered its final report, committed to implementing all 94 Calls to Action.

With a fall election pending, Audette said it will be up to non-Indigenous and Indigenous people to ensure whichever government is in power takes the necessary actions.

Find the final report from the National Inquiry into Missing and Murdered Indigenous Women and Girls here: