Honour of the Crown as a constitutional principle is unique, says top court 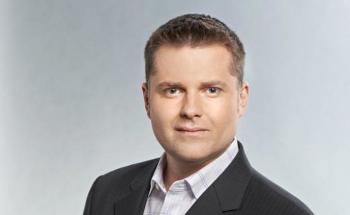 “The point of interveners is you get a broad-base understanding of how these cases may have overlapping or unforeseen consequences on other parts of the country or jurisdictions.” — lawyer Jason Madden
By Shari Narine
Local Journalism Initiative Reporter
Windspeaker.com

The Supreme Court of Canada (SCC) has ruled that the honour of the Crown is a unique unwritten constitutional principle that may have the ability to invalidate legislation.

However, in its Oct. 1 decision in the case of Toronto v. Ontario, the SCC wrote, “We need not decide here whether the principle is capable of grounding the constitutional invalidation of legislation, but if it is, it is unique in that regard.”

The question was raised by the Métis Nation of Ontario and Métis Nation of Alberta (MNA) governments as interveners in a case that saw the city of Toronto challenge an Ontario law in 2018 which almost halved the number of councillors for the city.

In a 5-4 split, the majority of the SCC ruled in favour of Ontario, saying that while unwritten constitutional principles can be used to understand and interpret the Constitution, they cannot be used as the basis to invalidate laws.

However, one paragraph of the SCC’s 115-page decision focused on the arguments put forward by the Métis governments as an “important caveat (that) … the unwritten constitutional principle of the honour of the Crown is sui generis.” Sui generis is a legal term meaning “of its own kind.”

Jason Madden of Pape Salter Teillet Law, legal counsel for the two Métis governments, admits that a case involving the number of councillors for the city of Toronto seems like an unlikely one to argue Indigenous law.

However, a statement by the Ontario Court of Appeal that unwritten constitutional principles cannot invalidate legislation raised a red flag for Madden.

When he raised the issue with his clients, they “thought it was important to protect it, not just for themselves, but for all Indigenous people.”

Of the 11 interveners that were heard, the Métis governments were the only Indigenous applicants.

Madden says it was important to get the MNA involved although the case was Ontario-based.

“The point of interveners is you get a broad-base understanding of how these cases may have overlapping or unforeseen consequences on other parts of the country or jurisdictions,” he said.

“That’s why they went in together, so we could also say when we were at the court, ‘this isn’t just … Métis from Ontario. This has broader implications for all Indigenous people’.”

In his 10-page written submission to the SCC, Madden wrote that the Métis governments intervened so the appeal did not “inadvertently and inappropriately set back the unique and coherent legal framework this Court has developed in relation to the honour of the Crown. The Métis Governments sit at the front lines of reconciliation and rely on this legal framework on a regular basis in their dealing with other governments.”

Madden points to the self-government negotiations that Métis governments are presently involved in with Canada. He says it’s important for Canada to be “aware” that the honour of the Crown applies.

Madden would have liked to have seen the SCC take a firm stand on the issue.

However, not all judges were as ambivalent.

“…The unwritten constitutional principle of the honour of the Crown has been affirmed by this Court and accorded full legal force,” wrote Abella.

In his written submission, Madden pointed out that there is “jurisprudence … that spanned over 30 years … on how the honour of the Crown gives rise to legally enforceable duties in specific fact situations.”

With this ruling, he admits, SCC has “left it for a specific set of facts that raise the issue. We’re just pleased that at least they gave that carve out to the honour of the Crown.”

Madden says the single paragraph in the SCC decision sends an important message to Canada: “While you may be able to dismiss these other constitutional principles now, you can’t entirely dismiss this one and it could reach in and potentially invalidate legislation in the future.”