On the ground efforts begin “shifting” unjust justice systems in BC 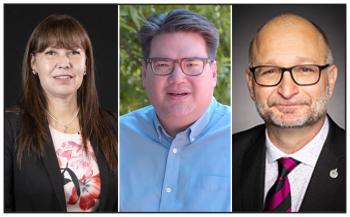 The justice centres in Prince George, Prince Rupert and Merritt opened their doors in March 2020, while the virtual centre came online September 2021.

Not only do the centres provide legal services, they provide valuable wrap-around services to address the specific needs of clients in a culturally appropriate manner.

The justice council was created to deal with the over-representation of First Nations people in jails and First Nations children in care, said Doug White, chair of the council.

Discussions took place with BC First Nations leadership and the province to “figure out a …path forward where we can start to address this important issue that we’re both trying to grapple with,” he said.

The approach had to serve dual purposes.

“There has to be credible, real programming on the ground in Indigenous communities so that police forces, prosecutors, judges, everybody feels confident and comfortable with the idea that this is a real alternative to prosecution,” said White.

And the justice centres had to provide traditional and cultural supports in a safe manner, diverting First Nations people from the criminal justice system so they "know that it’s not a conveyer belt to incarceration. That you have rights as human beings and they need to be stood up for,” said Rudy Kelly, an outreach coordinator from the Prince Rupert centre.

The strategy includes 43 actions along two paths which involve the reformation of the justice system as well as the restoration of First Nations’ legal traditions and structures.

The justice strategy “is a living commitment between governments and the First Nations Justice Council,” said Eby.

“Part of it is a duty, an understanding that after 200-plus years of colonialism, we have to strip away everything that has had such a tragic and negative impact on Indigenous peoples across Canada,” said Lametti.

While the strategy was signed between the province and BC First Nations, it also sets out specific elements that involve Canada, as Canada’s role with Indigenous peoples is entrenched in the Constitution.

The First Nations Justice Strategy states as its ultimate goal “to systematically and coherently advance the development and implementation of First Nations justice systems and institutions, in which First Nations laws and governments are ensuring the safety and well-being of their citizens and maintaining order and protection within their communities.”