Getting elected board for NSD mandate for new official trustee 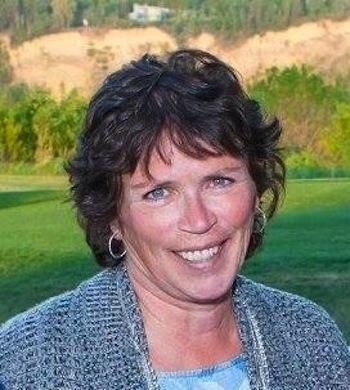 Lois Byers says she is honoured and excited to have been chosen as the new trustee for Northland School Division. (Photo: NSD)

As new official trustee for Northland School Division, Lois Byers has been tasked with getting the 23-member communities ready to elect a new school board in October 2017.

It’s a daunting job, but not an impossible one, says Byers, who took over from Colin Kelly on July 13. Byers, who was appointed by Education Minister David Eggen, says she and Kelly had a chance to talk before he left and they will remain in contact. Kelly was appointed in 2010 when then-education minister David Hancock dismissed the NSD corporate board.

Byers has been on the job for less than a month. She has been spending her time getting acquainted with the numerous government studies and background reports about the school division, as well as introducing herself via telephone and touching base with local school board chairs.

Byers notes that the province has cross-ministry initiatives that it wants to get out to the communities to find out if these meet local expectations. To that end, Byers will be conducting meetings beginning in September or October to get community feedback.

Time constraints and the geographic vastness of the division mean every community will not be hosting a meeting. Byers says enough community meetings will be scheduled so that travel will not be a deterrent for those who want to participate. She notes a meeting will be held in Fort Chipewyan, NSD’s further point in the northeast.

Byers says that any decisions the communities make need to be backed up by provincial legislation.

“If there’s anything that needs to change in the Northland School Act it has to go through the legislature as well. So it is very a tight timeline,” said Byers.

She says Kelly has laid valuable groundwork, but the push to get the new school board governing NSD was a priority set by the new NDP government. It wasn’t part of Kelly’s mandate.

“But (local governance) certainly has been an issue that has been discussed for some time, so it’s just bringing that through to a final what might that look like,” she said.

Byers adds that she is committed to listening to the communities.

While preliminary discussions have varied, Byers says one message is coming out clearly.

“The strongest thing is about ensuring there is a good process for the local voices to be hard,” she said. She adds that at this point, she can’t make a determination on whether or not the board should return to its complement of 23 members. While some feel that that the number was unwieldly others felt that when managed well, there was value from the full input.

“There’s pros and cons on both sides. It’s trying to balance that voice of representation with fiscal responsibility… because geographically it’s different,” she said.

Under Kelly’s leadership, literacy and attendance were set as priorities and positive changes are already noticeable, says Byers.

Along with continuing to meet those goals, Byers says another challenge is the large, spread out nature of the division and meeting the individual goals of each community school.

“How do you do that efficiently and across so many miles?” said Byers. “In a perfect world there would be a literacy lead and education support in every school. But financially it’s just not doable. So how do you manage that?”

Byers says that at this point there is no increase in budget to meet those needs.

“We certainly are in discussions,” she said. “We’re certainly focussing in on can we do anything differently to find some additional dollars to direct to the classroom.”

NSD is also getting a new superintendent. Donna Barrett will be leaving her position at the end of August. After a Canada-wide recruitment campaign, Byers says applications from strong candidates were received and someone has been selected. She expects the announcement to come soon.

Byers will continue as a strategic advisor for a year after the new school board has been elected.

“So in the future, if there’s something, like ‘that’s not quite right,’ that could be changed for the next election,” she said. “We need to get back to the elected board and then iron out any wrinkles.”