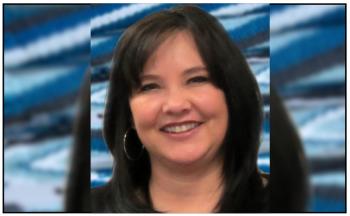 “I’m a known entity to staff and faculty and management. Those relationships built up across the province and throughout the institute and communities will help.” — Lisa Bird-Wilson
By Sam Laskaris
Windspeaker.com Contributor

Lisa Bird-Wilson is easing into her new role as CEO of the Gabriel Dumont Institute of Native Studies and Applied Research Inc. (GDI).

Bird-Wilson started in the position this past Monday. GDI, a Saskatchewan-based educational, employment and cultural institute which serves Métis throughout the province, is the official education arm of Métis Nation—Saskatchewan.

Bird-Wilson is in a transition period until June 18, working alongside GDI’s former CEO Geordy McCaffrey, who is offering his expertise about the job.

McCaffrey, who has served as GDI’s CEO for the past 18 years, announced in 2020 that he would be leaving the job.

A national search ensued for his replacement. Bird-Wilson is no stranger to the institute, and has held various roles at GDI for almost 24 years. So she was chosen to take over.

“I’ve been a part of GDI for a long time,” Bird-Wilson said. “GDI is near and dear to my heart. Anybody that knows me knows I have a real passion for GDI and what we do here.”

For the past 15 years, Bird-Wilson has held various management and senior leadership positions with GDI. She’s been a director with the institute since 2008.

“That has helped me to broaden my understanding of the organization,” she said of her previous GDI roles.

“I’m a known entity to staff and faculty and management. Those relationships built up across the province and throughout the institute and communities will help.”

One of Bird-Wilson’s first responsibilities as CEO will be spearheading the efforts for GDI’s new strategic planning process. The institute’s current three-year strategic plan is expiring this year.

Bird-Wilson said a consultant will be brought on board in the coming months to assist with the next plan.

GDI has experienced tremendous growth in recent years, she said. Revenues have doubled in the past 15 years and she does not plan to make significant alterations to the institute’s model.

“I’m not coming into the role and looking to make large changes and shake things up,” she said.

GDI currently has about 2,000 students in 20 communities throughout Saskatchewan. And the institute also currently interacts with about 2,000 clients.

“Some programs were postponed by the pandemic,” she said. “We were able to do that because programs have different start times.”

A total of nine GDI programs that feature trades type training and must be done in person were postponed during the current academic year.

Bird-Wilson would welcome a return to normalcy so in-person courses can return and become standard again.

“I’m keen to get back to the classroom in the fall,” she said. “Our programs have been mostly online (this school year) but there has been some hybrid delivery.”

Because of the unpredictability of the pandemic, Bird-Wilson cannot guarantee all courses will offer in-person sessions starting this September.

“We’re hoping to have face-to-face delivery,” she said. “But we’re planning a few different scenarios.”

Bird-Wilson has been a part of various accomplishments at GDI over the years. She even wrote a book, which was published in 2011, titled An Institute of Our Own: The History of Gabriel Dumont Institute, detailing the struggles for Métis education rights during the 1970s and ‘80s.

She was also instrumental in securing a Métis human resources agreement for GDI to provide career and employment services. The federal government had put out a call for proposals.

“I feel like it was one of the things that changed the face of GDI in 2006,” she said. “It was a team effort. But I was the principal writer and researcher on that proposal.”