Fringing the Cube is political with an Indigenous sensibility 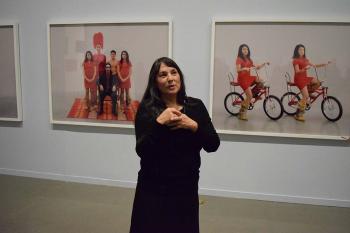 Dana Claxton speaks at the media opening of ‘Fringing the Cube’ on Oct. 15. Photo by Cara McKenna

Dana Claxton said she has been influenced by Saskatchewan, where she grew up hearing stories about her Sioux ancestors who walked there from South Dakota with Sitting Bull in 1877.
By Cara McKenna

A new exhibit at the Vancouver Art Gallery is the first to span the career of provocative Hunkpapa Lakota (Sioux) artist Dana Claxton.

Dana Claxton: Fringing the Cube features multimedia work from the 1990s to today by the Vancouver-based artist who grew up in Moose Jaw, Sask.

Using video, installations, prints and photographs, Claxton’s work is inspired by a range of subjects, from sociopolitical issues to spirituality.

“(She) forcefully expresses Indigenous cultural values and spirituality by challenging the persistent legacies of colonialism,” Bartels said. “Over the past three decades she has developed a remarkable body of work.”

Claxton said her inspiration comes from the natural and supernatural world, and speaks of a Lakota sensibility of time, place, space and spirit.

“I’ve been in Vancouver 35 years and … I’ve been very influenced by this place,” she said.

“In the early 80s when I came here, (I was) sort of witnessing and being a spectator of the alternative music scene, the underground punk scene and art scene.”

Claxton said she has also been influenced by Saskatchewan, where she grew up hearing stories about her Sioux ancestors who walked there from South Dakota with Sitting Bull in 1877.

Claxton merges her culture with so-called Western ideologies in much of her art, such as one multi-channel video piece from 2003—Rattle—which takes the form of a visual prayer. The video features imagery of mirrored Lakota rattles alongside the sounds of synthesizers and peyote singing.

Another video piece—Buffalo Bone China from 1997—looks at the mass slaughter of buffalo along the great plains and involves a performance where Claxton destroys piles of fine English china as a political statement.

After buffalo populations were decimated by settlers, bones were shipped overseas for the making of English china. Claxton’s piece features a pile of broken plates, cups and bowls on the floor in front of a screen playing a video production that juxtaposes images of buffalo with the bone china.

The exhibit also includes striking photographs, including her most recent photo and video works that feature Indigenous ironworkers.

Speckled through the exhibit are pieces from other artists, selected from the gallery’s permanent collection by Claxton that have influenced and inspired her work.

Curator Grant Arnold said though the exhibition does cover Claxton’s entire career; her work is so expansive that it was difficult to contain in one exhibit.

Along with being an artist, Claxton is an associate professor at the University of British Columbia in the Department of Art History, Visual Art and Theory, a writer and a poet. She has won numerous awards for her work, including the VIVA award and the Eiteljorg Fellowship.

“This covers the period of her work as a visual artist, but there are parts of her that escape containment.”

Dana Claxton: Fringing the Cube opened on Oct. 27 and will be on display at the Vancouver Art Gallery until Feb. 3. 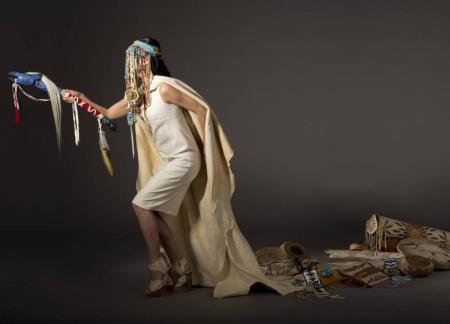 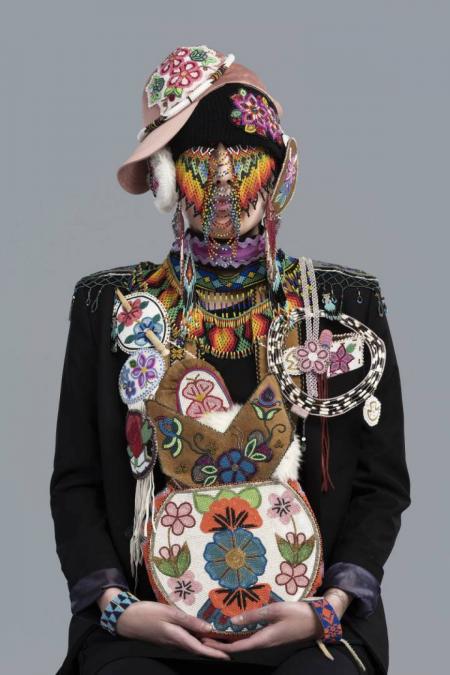 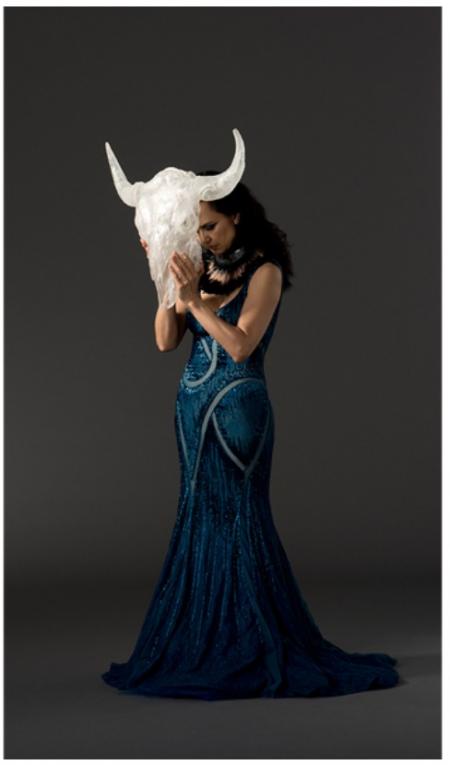 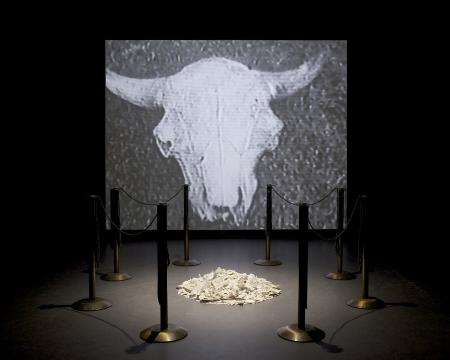