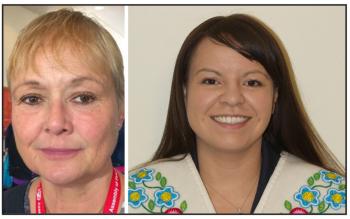 “Today is a pinnacle of years of hopes and dreams, and especially all the hard work we have put into this project and it marks one milestone on our journey to assert our inherent rights and build an economic base that will help us be financially independent.” — Fort Nelson First Nation Chief Sharleen Gale
By Shari Narine
Local Journalism Initiative Reporter
Windspeaker.com

The federal government has invested more than $40 million in a geothermal project led by the Fort Nelson First Nation.

“We are proud and honoured to be able to move ahead with the Clarke Lake Geothermal Project,” said Fort Nelson First Nation Chief Sharleen Gale during the virtual announcement of the funding on March 12.

“Today is a pinnacle of years of hopes and dreams, and especially all the hard work we have put into this project and it marks one milestone on our journey to assert our inherent rights and build an economic base that will help us be financially independent.”

She said the project will act not only as catalyst for the Nation’s economy, but the economy of the entire northern Rockies region. Gale also represented Deh Tai Corporation, the First Nation’s economic development arm which oversees business operations, for last Friday’s announcement.

She said her Nation had been involved in oil and gas work for 50 years and that workers already had the existing skillset for the ongoing work. She also said that this new work provided an opportunity for youth to “meet their full potential” without having to leave their home community.

Along with creating jobs and other local economic opportunities, the Clarke Lake project will provide capacity building and training to workers from other industries to help them transition to the renewable energy sector.

Fort Nelson Mayor Gary Foster joined Gale in noting the economic hardships the region has faced since the onset of the coronavirus pandemic and the downturn in the oil and gas industry.

“(This) sets us on a path of how First Nations and non-Indigenous people can work together to build a brighter and better future for all of us,” said Foster, who recognized Gale and other First Nation leaders who “pressed this project forward.”

Gale, who chairs the First Nations Major Projects Coalition, credited the work undertaken by the coalition in helping to secure the funding for the project.

“Supporting it was a natural choice. The request was core to our mandate in providing capacity support to our members when they need to get projects across the line,” said coalition vice chair Corinna Leween, chief of Cheslatta Carrier Nation.

“This project is a prime example of Indigenous leadership in green energy infrastructure, which is an area of focus for our coalition,” she said.

The coalition will continue to support the project as it moves toward completion and operation, Leween added, including the next steps for commercial financing.

The province contributed $1 million, including $430,000 through the First Nations Clean Energy Business Fund.

The BC Indigenous Clean Energy Initiative, a partnership with Western Economic Diversification Canada and the New Relationship Trust, contributed $500,000.

“Our government and First Nations across BC share a strong interest in exploring and building clean energy options together,” said Indigenous Relations and Reconciliation Minister Murray Rankin.

Gale said the geothermal project, which is fueled by heat from the earth's core, is expected to be operational in 2024.  Test well exploration work is underway, she said.

Although electricity generation will be the primary source of revenue from the Clarke Lake project, additional revenue opportunities could include the sale of waste heat generated by the plant. Excess heat from the facility could also lead to new activities, such as providing power to the forestry sector and for greenhouses and food production.

The Clarke Lake geothermal facility is expected to produce between seven and 15 MW of clean electricity from a consistently available resource, which is equivalent to powering up to 14,000 households. It will provide a valuable alternate source of energy for remote and northern communities, which now depend primarily on diesel. It is expected to reduce 25,000 tonnes of greenhouse gas emissions per year, equivalent to taking more than 5,000 cars off the road.