Fishing rights are broader than waiving of domestic licence requirement 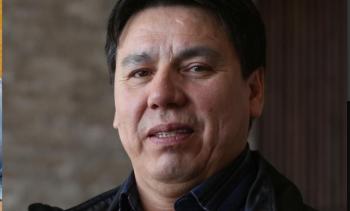 “This is not recreation for us. It’s a way of life. We don’t adhere to any laws the province does in relation to hunting, fishing, trapping and gathering. It's for their sport. To us it’s a way of life, protected by treaty, protected by the Constitution.” — Treaty 8 Grand Chief Arthur Noskey
By Shari Narine
Local Journalism Initiative Reporter
Windspeaker.com

The discussion that needs to take place with Alberta Environment and Parks goes well beyond exempting Indigenous people from having to possess domestic fishing licences to exercise their inherent and treaty rights to fish, says Treaty 8 Grand Chief Arthur Noskey.

“We never used licences. We never needed licences. Our treaty basically was that…hunting, fishing, trapping privileges will remain as if we never entered treaty,” said Noskey.

A news release issued earlier this month announced that the province was exploring “a non-licence alternative to remove this obstacle while still ensuring that fish conservation protections remain in place. As an interim step, Environment and Parks (AEP) has requested enforcement leniency on certain terms and conditions related to domestic fishing licences.”

Currently, First Nations and Métis harvesters in Alberta are required to hold a free-of-charge domestic fishing licence when exercising their right to harvest fish for food.

“This will be explored in further discussions with Indigenous communities,” Penner said.

Noskey confirmed that talks about domestic fishing licences are happening with the province.

“We were talking to them, but basically when we addressed that issue…they said, ‘We still want you to adhere to the size restrictions (for fish).’ And we said, ‘No,’” said Noskey.

He says he takes exception to treaty rights to fishing, hunting and trapping being addressed as if they are equivalent to recreation.

“When the province tries to regulate that stuff (it’s) for the public, therefore the public’s recreation. This is not recreation for us. It’s a way of life. We don’t adhere to any laws the province does in relation to hunting, fishing, trapping and gathering. It's for their sport. To us it’s a way of life, protected by treaty, protected by the Constitution,” said Noskey.

Way of life also includes bartering, which means exchanging fish for meat, or providing fish and meat for a household other than the harvester’s. These actions are prohibited by provincial regulations.

Sharing of harvested meat is a broader policy topic than the requirement to hold a domestic fishing licence, said Penner.

“To date, there has been no discussion regarding the sharing of harvested meat,” he said.

“This process, what the province has been doing, more so under Jason Kenney and his (red tape) rule, is to criminalize treaty rights. That was their intent,” said Noskey.

Changes brought in through various Red Tape Reduction Implementation acts from 2019 to 2022 included removing legislative requirements so certain oil sands schemes would require Cabinet approval only. They made it easier to enter into contracts or agreements for mines and minerals. They implemented a more flexible approach to managing activities on Crown land through locally specific directives and guidelines, and they reduced delays for forest-management agreements and small-scale and low-impact hydroelectric developments. All of these activities impact and diminish Indigenous harvesting rights.

As for the province’s direction under new Premier Danielle Smith, Noskey isn’t any more hopeful. Smith’s push to prioritize Alberta at the cost of all other provinces has him wary. He points out that Treaty 8 comprises territories in Alberta, British Columbia, Northwest Territories and Saskatchewan.

“And all we’re saying to the government, telling the government, is that this treaty was here and agreed to by the Imperial Crown and that’s what we’re going to push for, that they recognize the treaty territory…and start fulfilling the treaty promises for First Nations people that were promised …” said Noskey.

Penner said AEP has requested enforcement leniency on the requirement to hold a domestic fishing licence and this will continue along with ongoing engagement with Indigenous communities.

Federal legislation also needs to be amended to take into account changes in the domestic fishing licence requirement.

“We don’t have a timeline regarding federal legislation amendments (but) our intention is to move as quickly as possible,” said Penner.