Feisty Trudeau strikes back at pipeline comments at AFN assembly 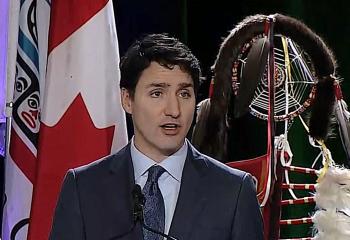 “I would be careful about minimizing or ascribing reasons for people who take positions that disagree with you." —Prime Minister Justin Trudeau

As Prime Minister Justin Trudeau apologized to chiefs for his government not doing an acceptable job in consulting on the Trans Mountain Pipeline, he also admonished Neskonlith Indian Band Chief Judy Wilson for belittling those First Nations who signed economic benefit agreements with Kinder Morgan for that pipeline.

“I would be careful about minimizing or ascribing reasons for people who take positions that disagree with you. I think there are lots of reasons and I think we should respect people’s choices to support or not support different projects and I don’t think we should be criticizing them just because they disagree with you,” Trudeau told Wilson, who was the first chief to ask a question after his 15-minute address this evening at the Special Chiefs Assembly hosted by the Assembly of First Nations.

Wilson commended Trudeau for working with First Nations on pending child welfare legislation but then called him out on lack of consent for the pipeline, which is slated to go through 513 km of First Nations territory in British Columbia.

“There was no consent on that and you can’t count a few IBAs that you’ve done with some of the communities as consent,” she said. The bands “that might have been under duress for whatever reason they did that, but it was not a proper process at all,” said Wilson, who is a spokesperson for opposition to the pipeline.

“I absolutely recognize that this is a process. The process of achieving consent, the process of respect and partnership means engaging in real substantive conversations and listening to concerns and responding to those concerns,” said Trudeau.

He said the intent was there, but his government had not delivered.

“I apologize for that,” he said.

In August, the Federal Court of Appeal quashed the approval of the Trans Mountain pipeline saying the federal government had not adequately consulted with the six First Nations that had challenged the project’s approval and that the National Energy Board’s review should have included tanker traffic and the impact on endangered killer whales.

“It’s a process that’s important to get right and that is why we put forward a new process, a renewed process to actually have strong and engaged conversations,” said Trudeau. “We are in the process of going back and listening even more.”

Trudeau stressed the importance of working with First Nations in partnership, recounting his government’s greatest hits since he came to office in 2015. Among the Liberals’ accomplishments are Indigenous Language legislation to be introduced in 2019, coinciding with the International Year for Indigenous Languages; introducing child and family welfare legislation passing control over to Indigenous peoples; being on track to be rid of all boil water advisories on reserves by 2021; improved infrastructure funding for new homes and new schools; more money put into kindergarten to Grade 12 education, to be followed with more funding for First Nations children to receive post-secondary education.

Trudeau said that while working in partnership resulted in better solutions it also took more time. However, he admitted, that was the only way to move forward.

“We face issues with a tremendous amount of urgency and yet we know the solutions that are generated, thought up and brought forward from Ottawa alone, however well meaning, can’t be the solutions. For too long, we’ve been trying to create solutions for your people and that’s been decades and centuries of the way of things being done,” he said. “It does take a little longer to get things done through consultation, through partnership and done right. But it is ultimately the only way to make real lasting change that you have ownership over.”

Chief Wayne Christian asked Trudeau what he wanted his legacy to be. 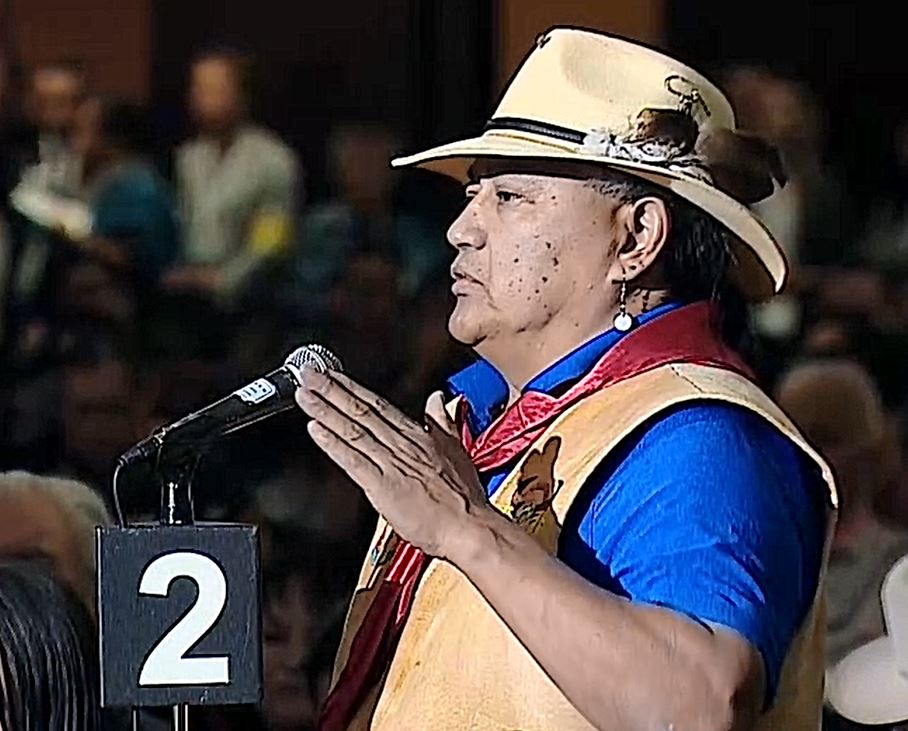 Trudeau said he wanted his legacy to be rebuilding the partnership that was lost centuries ago. He said that was why the rights and recognition framework legislation was necessary and pledged to respond to listen to First Nations who said “some more work” needed to be done on the framework.

“If we are able to do that as we move forward in a nation-to-nation way then no future government will be able to do any less,” he said.

Trudeau answered questions for about 15 minutes, but left 20 chiefs still standing at the microphones when he had to leave.

This is the fourth consecutive year that Trudeau has addressed chiefs at their assembly.