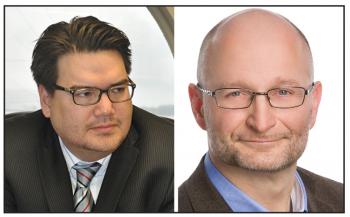 “When you send lots of Indigenous people to jail, they’re not better for it. They’re worse; it keeps communities in a state of massive trauma.” — David Milward, associate law professor, University of Victoria
By David P. Ball
Local Journalism Initiative Reporter
Windspeaker.com

The federal Justice Minister David Lametti insisted Bill C-22, “An Act to Amend the Criminal Code and Controlled Substance Act”, announced Thursday, will cut the over-representation of Indigenous people in Canada’s prisons, who make up nearly a third of all federal prisoners but merely five per cent of the population of Canada.

“We are trying to make the criminal justice system more fair, more equitable and more just, and one that doesn’t over-incarcerate Black Canadians and Indigenous Canadians,” Lametti said Feb. 18.

But with many of the offences leading to imprisonment related to poverty, mental health or substance use, Indigenous harm reduction advocates say Ottawa has failed to address the root causes, including a century-long “war on drugs” that has always had racist impacts on Black, Indigenous and people of colour.

Tracy Draper, programming coordinator with the Western Aboriginal Harm Reduction Society (WAHRS), said the bill is “completely disappointing” after so many people had their hopes raised for potential drug decriminalization.

But the bill does propose ending mandatory minimum sentences for non-violence offenses such as simple drug possession, which are handed to Indigenous people at far higher rates than their share of the population, Ottawa admitted.

“I was hopeful that non-violence criminal people in jail right now would be helped. That was also very disappointing,” said Draper, a member of Peepeekisis Cree Nation in Saskatchewan. “We’re talking about decriminalization and that hasn’t happened.”

“Addiction is not a criminal problem. It’s a health problem.”

Minister Lametti said the Indigenous prison population has doubled at the federal level since two decades ago.

“This is shameful,” Lametti said. “The reason numbers are so high are due, in good part, to current sentencing laws which focus on punishment through imprisonment.

“At the centre of this approach is the mandatory minimum penalty. This rigid, one-size-fits all approach makes it impossible for judges to take into account mitigating factors in order to impose a sentence that fits the crime … for low-risk, first-time, non-violent offenders.”

The mandatory minimum sentences were introduced under the previous Conservative government of Prime Minister Stephen Harper, in two 2012 laws — the Safe Streets and Communities Act, and an omnibus crime bill.

The bills stripped judges of some of their discretion when it came to defendants’ life circumstances. Conservatives promised they would target “serious organized drug crime,” not people with addictions, but the opposite is what happened in nearly a decade since, according to a report by the law non-profit Pivot Legal Society, titled “Throwing Away the Keys: The Human and Social Cost of Mandatory Minimum Sentences.”

The BC First Nations Justice Council said it “fully supports” the new legislation as “an important step forward” in curbing Indigenous over-representation in prisons, “but also in reducing the harm that comes from incarnation and a criminal record.”

Doug White, a lawyer and the Justice Council’s chair, said in a statement that the over-incarceration rate “arises from a justice model that is foreign to Indigenous people.”

“For Indigenous low-risk offenders,” the former chief of Snuneymuxw First Nation added, “breaking this cycle requires a holistic approach that considers diversion at every point of contact through the existing justice system to help these individuals rehabilitate and live full and productive lives.”

Draper, with WAHRS, asked why only some drug offences get reprieve from the minimum penalties if they are so problematic overall, and added that what Lametti is proposing as an alternative to minimum sentencing, such as treatment and diversion programs, is meaningless without also boosting the availability of voluntary substance use treatments such as rehabilitation or opioid agonist therapy, for instance.

“They haven’t done anything about stigma,” Draper said. “They’re still just saying stop using, but that’s not the only answer out there. Do we have enough treatment centres to even fulfil that? I don’t think we do.”

The legislation is both “welcome” in reversing the Harper-era policies, but also insufficient, said David Milward, an associate law professor at the University of Victoria and member of Beardy's and Okemasis’ First Nation in Saskatchewan.

“I would say it’s actually a welcome development, only because it moves the needle back from where it should not have been in the first place,” said Milward, co-author of the respected Gladue Handbook on Indigenous sentencing. “But is it enough to reverse the problems? No.

“When you send lots of Indigenous people to jail, they’re not better for it. They’re worse; it keeps communities in a state of massive trauma. There’s already been significant damage to Indigenous communities through processes of colonialism, quite apart from jail.”

According to Toronto lawyer Kikélola Roach at Ryerson University the changes are “tinkering” but fall far short of what is needed in Canada. And the entire program of mandatory minimum sentences needs to be repealed, Roach argued, among other major reforms.

“We need an end to tinkering with a system that keeps replicating harm,” tweeted Roach, the Unifor National Chair in Social Justice and Democracy, on Wednesday, noting proposals to reduce the over-incarceration of racialized communities already exist: “Repeal all mandatory minimum sentencing. Decriminalize drugs. Invest in healthcare and other supports. Defund police.”

The proposed legislation gained support from the Manitoba Metis Federation (MMF) which said in a statement Friday it is “a positive step on the right path”.

“Canada has a shameful history of imprisoning Métis, First Nations and Inuit people at higher rates,” said MMF President David Chartrand. “Getting rid of minimum mandatory penalties for simple drug possession is a positive step on the right path.

“Our nation-to-nation dialogue with the Government of Canada is the only effective way to manage justice and rehabilitation … This is how Canada will reach true reconciliation with Métis Nation, and all Indigenous peoples in Canada.”