Electric car charging stations to be installed in Indigenous communities 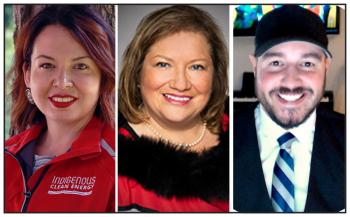 The federal government will provide $316,250 towards the initiative, said Yvonne Jones, the parliamentary secretary to the Minister of Natural Resources and to the Minister of Northern Affairs. She made the announcement at a virtual press conference on Thursday.

ICE will be accepting applications until the end of March. ICE officials will then determine which communities they’ll assist by helping to install chargers. Each community will receive 25 chargers.

“Over the past several years Canadians have been very clear,” said Jones, who represents Newfoundland and Labrador. “They want their government to take climate change seriously. And that is exactly what we are doing.”

“It’s aimed at meeting our climate commitment and getting Canada to net zero emissions within the next three decades, all while creating a stronger economy and more sustainable jobs,” she said.

A key focus of this plan is on transportation. Jones said that the federal government is committed to having all passenger vehicles sold in Canada by 2035 be zero emission vehicles.

“To this end we have invested $1 billion,” she said. “This investment includes rebates of up to $5,000 for the purchases of new electric or other alternate fuel vehicles and an immediate 100 per cent write down for businesses buying these vehicles.”

Efforts are now turning to installing charging stations across the country in each province now.

“This is just the beginning,” Jones said. “We are installing more of these chargers in our communities in places where Canadians live, work and play, in multi-residential complexes, beside on-street parking spots, public spaces and facilities where light-duty fleets are serviced.

In total we are planning to implement more than 25,000 chargers across the country.”

Jones said Thursday’s announcement is a step towards that larger goal. Remote Indigenous communities are being targeted for the latest installations.

“These new chargers will be located where they are needed most and operational by March of next year,” Jones said. “A very ambitious goal but one that I know Indigenous Clean Energy is more than capable of making happen and making it a reality.”

The latest funding is through the Zero-Emission Vehicle Infrastructure Program, a Natural Resources Canada (NRCan) initiative. That’s a $1 billion plan.

“That is being done in partnership with non-profits, businesses, community governments, and municipalities,” Jones said, adding more partnerships like the one announced with ICE would be forthcoming.

“What you’ll be seeing is more and more partnerships like this as we ramp up electrical vehicle charging stations across the country.”

Terri Lynn Morrison, ICE’s associate executive director, is obviously pleased the federal government is stepping up with this venture.

“We’re really excited to be partnering with NRCan to work on bridging the gap that exists in Indigenous communities as it relates to EV charging,” she said.

“The cost of fuel and associated environmental impacts are needing communities to consider electric transportation options,” Morrison added. “The development of electric trucks, ATVs, snow machines and boats is opening up significant opportunities for electrification as these machines start to meet the needs of community members.”

Morrison said others have already partnered with Indigenous communities to install electric chargers.

“This is a small initiative if we’re thinking about the grand scope of the work ahead but there are projects that are already underway in particular provinces,” she said. “For example, in New Brunswick, NB Power, the utility there, did partner with Indigenous communities to install charging stations. So, it’s not that they don’t exist already in some communities.”

Leighton Gall, transport program manager at ICE, said ideally there would be an equitable distribution across provinces in the country who are keen to be included in the latest funding efforts.

“We don’t know what our demand is going to be yet,” he said. “We were looking at targeting a spreading out as much as possible across Canada if we can. However, if all the applications come in from certain provinces, that’s kind of where they are going to end up.”

Gall is hoping even more Indigenous communities will benefit in the future.

“This is our first go at dispersing funding and doing the infrastructure projects in this area,” he said. “I know NRCan does have a follow up for streams and then later on we’ll be able to expand on it.”