Economic shut down without government support will devastate many Indigenous businesses 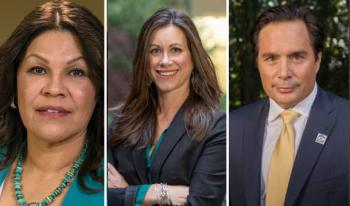 “We’re trying to find a way to put money directly into the pockets of businesses to make sure that we don’t lose you forever.” — Keith Henry, CEO of the Indigenous Tourism Association of Canada
By Shari Narine
Windspeaker.com Contributor

As provinces and territories take sharper measures to control the spread of novel coronavirus disease, Indigenous businesses and employees are suffering.

“We definitely see more organizations being impacted, and the moderate to high impact has also increased,” said Tabatha Bull, CEO and president of the Canadian Council for Aboriginal Business.

An online survey CCAB opened to its members showed 89 per cent of respondents as of March 23 had “experienced a moderate to high negative impact on their business activity due to the COVID-19 pandemic.” CCAB has 40,000 members.

In response to the pandemic, all provinces and territories have adopted severe measures, most enacting states of emergency or public health emergencies, and some have closed their borders to travellers from other parts of the country.

As well, many municipalities, provinces and territories have directed non-essential businesses to close. Gatherings of 50 or more people (and in some cases 10 or more people) have been forbidden.

Restaurants have had their seating capacity cut in half and many have closed or opted for drive-through service only when possible. Most measures are in effect for at least 14 days.

There is a study, says Bull, that indicates that a significant number of businesses with less than five people cannot recover from a 30-day shutdown. That’s a sobering statistic when 85 per cent of the businesses the National Aboriginal Capital Corporations Association has funded through Aboriginal Financial Institutes have less than five employees.

Retailers and the tourism industry have been particularly hard hit, says Bull.

For the Indigenous tourism industry, which has seen unprecedented growth in the past few years, COVID-19 stoppages will be devastating.

In a March 16 address on the Indigenous Tourism Association of Canada’s website, CEO Keith Henry told members that Indigenous tourism would fall from an anticipated $1.9 billion in 2020 to $1.1 billion.

Also based on those figures, ITAC requested a $557 million stimulus package from the federal government.

“Our vision is that it would flow through ITAC with our partners down to the businesses. We’re trying to find a way to put money directly into the pockets of businesses to make sure that we don’t lose you forever,” said Henry in his web address.

ITAC is collecting data from its members in an online survey looking at decreased bookings in 2020 due to COVID-19. It’s also asking for members to assess the financial losses that will continue into 2021.

“We can’t lose these businesses… if we don’t find a way to address these solutions, it will be significant,” said Henry.

Henry acknowledged that the federal government has opened some avenues to help Indigenous tourism, including working with Canada’s six regional development agencies and the Business Development Bank of Canada on the possibility of securing additional funding, but he says those measures, and the ones outlined by Trudeau last week as part of a $27 billion economic package, aren’t enough.

It’s an assessment Bull agrees with.

Trudeau’s package includes funding that will be meted out through employment insurance, such as a 10 per cent wage subsidy for small businesses and the work sharing program, which allows employees to work for four days and collect EI when not working on the fifth day. However, as many Indigenous businesses operate on reserve or have Status Indian employees, they don’t collect EI or have Social Insurance Numbers, says Bull.

“So we’re working with government on how we can ensure those measures are equitable,” she said.

Union of British Columbia Indian Chiefs Grand Chief Stewart Phillip is concerned that lack of support from the federal government will force Indigenous workers, many of which are employed in the service industry, into a difficult position in order to meet their financial obligations.

“Some people are reluctant to leave the work place in fear of not being compensated and so they’re putting themselves in harm’s way, as well as their co-workers and the public they serve. If they knew with certainty there would be benefits for them, they would probably choose not to attend work and put themselves in that predicament,” said Phillip.

Bull also points out that working from home isn’t always an option for those living on reserve where broadband and Internet connectivity can be an issue, as well as overcrowded homes.

However, many administrative and health offices for bands and Metis are operating with minimal staff, having sent most employees home as a means to enforce the two-metre requirement of social distancing to prevent the spread of COVID-19.

“I’m being told their salaries are still being covered. They’re being covered for a couple of weeks’ period with a review to take place after that,” said Cheryl Casimer, member of the First Nations Summit Task Group in British Columbia.

First Nations have taken a variety of steps to help out their members, including bulk buying food and supplies. The MIkisew Cree Nation in northern Alberta has gone a step further, providing each member with $500, with those over 18 years of age receiving an additional $100.

As well, all households in Fort Chipewyan, including non-member households, will receive one barrel of fuel. An additional measure to provide food hampers for members living in Fort Chip, Fort McMurray, Edmonton, High Level, Fort Smith, and Yellowknife was replaced with $100 for members to purchase their own supplies.

The Manitoba Metis Federation has invested $1 million in financial supports for Metis Elders, entrepreneurs and employees who have been impacted by the COVID-19 pandemic. The money will be used by the most vulnerable to ensure rides for their doctor appointments, medication, food, and essential supplies.

As well, the funding will help to support Metis entrepreneurs and workers whose income is adversely affected by the pandemic.

CCAB has joined forces with other Indigenous economic organizations, such as the Council for the Advancement of Native Development Officers (CANDO), Indigenous Works, and the Aboriginal Financial Officers Association of Canada (AFOA) to lobby Innovation, Science and Economic Development Canada to enact measures specifically geared to Indigenous businesses.

“The money (the federal government) provided to be funded through Bank of Canada and other financial institutes, we have advocated together with other Indigenous organizations that we need to find a way to provide liquidity funding for businesses that don’t normally access financing through traditional banks,” said Bull.

“We have had some good feedback from the government on that and I’m hopeful there will be another way to provide cash flow to Indigenous businesses.”

The impact on casinos will also be felt, points out Assembly of First Nations Alberta Regional Chief Marlene Poitras. Not only do the five First Nations-operated casinos in Alberta employ large numbers, but a percentage of their profits goes to supporting development and programs on reserve.

Poitras also notes that many First Nations in the province are connected to the oil field, owning companies that provide supporting services or operating their own extraction businesses. On top of the economic slam from COVID-19, oil prices have hit an all-time low.

“A lot of revenues (will be lost). That’s a huge concern. Once this boils over the economy, that’s going to be a concern,” said Poitras. “How do we recover from shutting down everything for however long, weeks, months maybe? We don’t know at this point. So that’s a huge concern moving forward. And I’m sure it’s a huge concern for the premier of Alberta, as well as the Prime Minister and all the leaders across the country.”

Bull is hopeful that Indigenous businesses will be able to answer the calls put out by governments to manufacture, supply and deliver medical equipment like gloves, gowns and masks. The federal government has also offered to provide support for businesses who can retool their manufacturing facilities to help meet health supply needs like providing ventilators.

CCAB is working with the federal government to look through its data base of Aboriginal businesses to see how they can meet those needs, said Bull.

CCAB will continue to lobby for Indigenous businesses, she says, and she’s hopeful financial support will come quickly. CCAB will also continue to support retailers with e-commerce opportunities, including Shopify, a platform for creating online stores, as well as help businesses apply for grants and programs.

However, for some small businesses, it may already be too late.

“I think already, unfortunately, there have been some businesses that have been impacted greatly … (with) significant investments that they might not get back for quite some time if the economy is affected and doesn’t turn around,” said Bull.