Diabetes in First Nations children, pregnant women on the rise in Ontario 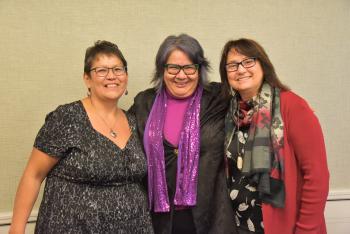 “…it gets frustrating sometimes that our First Nations people aren’t getting the services and specialized care we need.” —Carmen Jones, director of health for the Chiefs of Ontario
By Shari Narine
Windspeaker.com Contributor

A collaborative report between the Chiefs of Ontario and researchers on diabetes has uncovered some disturbing trends for First Nations people in that province: diabetes is increasing in young children, and pre-existing diabetes and gestational diabetes is higher for pregnant women.

“There’s some big impacts in this report. We need to be looking at our children and our women that are pregnant to make sure that seven generations from now we have a healthy First Nations people. We need to do something now in order to make that change,” said Carmen Jones, director of health for the Chiefs of Ontario.

Administrative health data from the Indian Registry System held at ICES but governed by the chiefs organization, along with the First Nations regional health survey and provincial data were used to analyze and compare the impacts of diabetes and treatment of First Nations people both on- and off-reserve against non-First Nations people in Ontario.

When the funding became available through the Ontario Strategy for Patient Oriented Research SUPPORT Unit, the Chiefs of Ontario decided to focus on diabetes because of the impact the chronic disease has, said Jones.

A patient advisory group was created and helped inform the report, shaping the approach to the research and helping to interpret the data.  All members of the group were living with type 2 diabetes. Type 2 diabetes, which is largely preventable, is when the body does not make enough insulin or does not use the insulin normally.

“The patient advisory group would tell us what the (data collected) meant, so it was not just my interpretation as a researcher,” said co-lead investigator Dr. Michael Green, a professor of family medicine and public health at Queen’s University in Kingston, and a senior scientist at ICES.

The patient advisory group also set the historical context for the study, something Green says researchers don’t usually do.

That historical context includes the impact of colonization, residential schools and the Sixties Scoop as a means to understand the environment that has been created to allow diabetes to take hold on the First Nations population.

However, states the report, that environment has also shaped “current social and political realities” with “policies that impact health service availability, accessibility and quality for First Nation people in Ontario….” 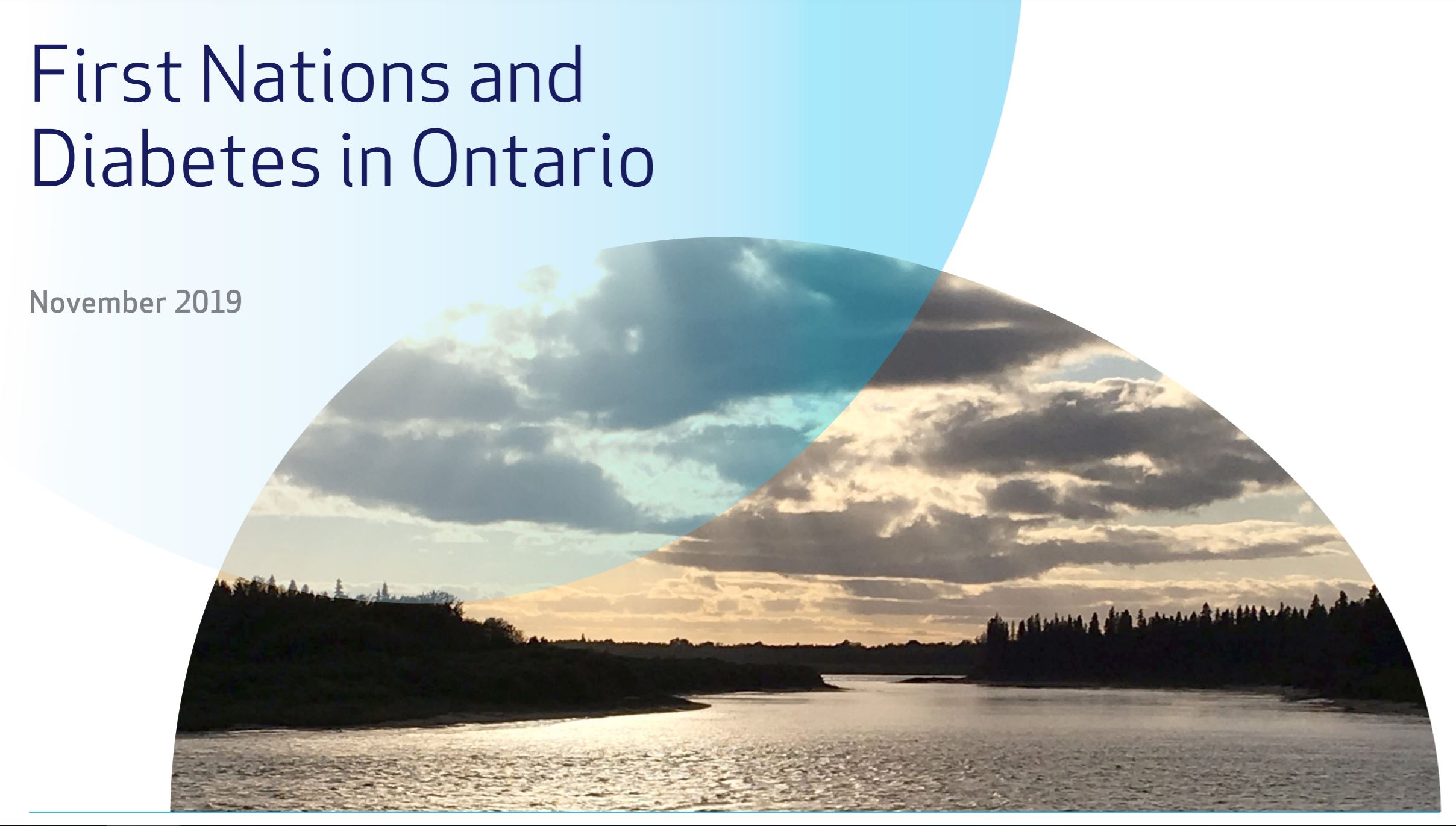 According to the report, First Nations living off-reserve have better access to healthcare services.

While there are limitations to the data collected, including a four-year gap as the most recent data came from 2015 and the federal government would not allow access to Non-Insured Health Benefits information, Green is confident with the findings.

“In all of the information we see the trends over time, because we get it for 20 years … I think that the differences between 2015 and today would be rather small than big, because these things change slowly not quickly,” he said.

These trends toward increased diabetes are also noticeable in First Nations communities throughout Canada, saic Green, although there may be “some differences province to province in some of the outcomes.”

Jones notes that the large First Nations population in Ontario could allow this study to act as a “marker for other provinces…. I don’t think you’re going to find too much difference in the cases that are coming forward.”

The report notes that data indicates some Ontario First Nations have been successful in lowering diabetes numbers, but it neither offers specifics as to how that’s been done nor makes recommendations for changes.

The report does prioritize areas for improvement, including physical activity, healthy weight and healthy eating; access to consistent primary and secondary care that is community-based; and management of diabetes through spiritual, emotional and mental well-being.

Green says that if the areas of prioritization are met, health overall will improve.

“They would address more than diabetes. I think part of the reason is that so many things go into having good control of diabetes that are not just about that as a disease, that’s just about helping people to have good health generally and helping people to have good access to services generally. You can’t take care of diabetes if you just focus on it as a condition itself,” he said.

There may be no recommendations, said Jones, but the report makes it clear that work needs to be done.

“A lot of the times it was anecdotal data. Now we have the data that says this is what’s happening,” she said.

The report will be used to lobby both the federal and provincial governments for support for changes. Ontario is in the process of developing a diabetes strategy and Jones would like to see the findings of this report play a role that.

She also notes that funding improved health care in First Nations communities would be one way the Trudeau government could demonstrate its desire to work with and support First Nations.

“We need the… knowledge that we found to be translated to the communities so that they can start doing their own planning and be able to advocate on behalf of their people to get those services that are required,” said Jones.

While work on the hard data report has wrapped up, work continues on the qualitative research. Researchers have visited First Nations communities and spoken with those who are living with diabetes.

“I think (with) the stories from the people, you’re actually seeing what the impacts are on an individual. You can look at numbers, but you don’t feel it. When you actually hear people talk about it and what’s happening to them, it makes a big difference in understanding the data,” said Jones.

It’s a story she knows well. Jones was diagnosed 50 years ago as a child with type 1 diabetes. Type 1 diabetes is an autoimmune disorder with the body's immune system damaging the cells in the pancreas that make insulin.

“I do understand them and it gets frustrating sometimes that our First Nations people aren’t getting the services and specialized care we need,” she said.

The anecdotal report should be available within three months.