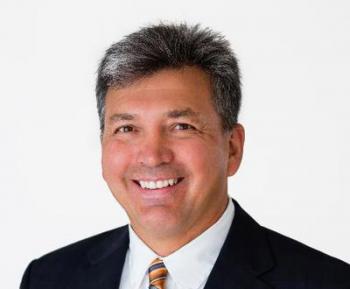 “I’m not saying the RCMP is the end-all either, because they do have their absolute weaknesses … but in terms of police service of choice at this time, the nations are calling on the RCMP to continue.” — Cameron Alexis, interim executive director, Treaty 6 Confederacy
By Shari Narine
Windspeaker.com Contributor

Treaty 6 First Nations are taking a strong stand against a new way of policing in Alberta, saying the change could lead to “major issues” if provincial peace officers breach reserve boundaries.

On April 1, the province launched the Rural Alberta Provincial Integrated Defence (RAPID) response initiative, which gives peace officers in the Alberta Sheriffs, including Fish and Wildlife Enforcement Services and the Sheriff Highway Patrol, additional responsibility and powers. Fish and Wildlife officers will reinforce RCMP at an emergency scene while the Sheriff Highway Patrol will respond to a wider range of traffic calls, including collisions and impaired driving.

In a resolution passed by the Treaty 6 Confederacy on March 31, chiefs stated, in part, “The combination of the Provincial Police Force along with the Peace Officers, Fish and Wildlife and other provincial enforcement agents on the reserved lands be completely rejected as unworkable and could lead to major issues related to policing.”

“Major issues could mean they’re not going to come on the land. If the chief and council (of) each individual nation choose not to allow them on reserves they can’t come on reserve. And that’s it. Where that leads to remains to be seen. Hopefully there’s no escalation of any violence. We’re not supporting any violence,” said Cameron Alexis, interim executive director for the Treaty 6 Confederacy.

The Confederacy is accusing the province of rolling out the RAPID initiative without “agreed upon” engagement sessions with First Nations in a committed manner.

It’s a surprising move, says Alexis, noting that in October, Justice Minister Kaycee Madu recognized First Nations policing in Bill 38, Modernizing Justice and Policing. The bill was passed in December and the RAPID initiative was not included.

Treaty 6 chiefs were made aware of the RAPID initiative via a Zoom conference call with Madu and Indigenous Relations Minister Rick Wilson on March 31.

Similar meetings occurred with the Blackfoot Confederacy and Treaty 8 on March 23. Calls are scheduled with the Stoney Nakoda-Tsuut’ina Tribal Council and the Métis Settlement General Council in the next two weeks.

In a written statement provided to Windspeaker.com, Wilson said that “Madu has repeatedly indicated that RAPID Response will only be implemented in (Indigenous) communities with their support and approval. This has not changed…. RAPID is not responsible for on-reserve policing, nor has it been suggested that they will be.”

He also stated, “It is well-established that policing on reserve lands remains the responsibility of the federal government (i.e. the RCMP, with the exception of those First Nations in Alberta that have their own police force).”

Examining the structure of policing in Alberta was an election promise made by the United Conservative Party (UCP). Premier Jason Kenney struck a blue ribbon panel early in his mandate to look at fiscal measures, including replacing the RCMP with a provincial police force.

“The First Nations aren’t prepared for that fix, if you will, and unilateral approaches,” said Alexis, who points out that reserve lands fall under federal jurisdiction and the province has no place on it.

“I stand in solidarity with the Chiefs of Treaty No. 6 against the provincial government’s imposition of policing jurisdiction on the sovereign lands of the Nations. This action is a direct breach of the Treaty, and is counter to reconciliation and respectful government to government relations,” said Poitras.

“Reserve lands must only be open to provincial officials on invitation from the Nation leadership,” she said.

Tripartite negotiations between the federal government, the province, and Alberta’s First Nations are needed, says Alexis.

The Treaty 6 Confederacy resolution also calls on the Assembly of First Nations to provide some of the $5 million received in federal funding to work on restorative justice as Alberta First Nations “are the right holders (and) so that we can engage in the work.”

Treaty 6 will form a working committee to look at First Nations policing. There are three options, says Alexis: a Treaty 6 tribal police service; smaller police forces developed in regions of the Treaty 6 area; each First Nation with its own police force. Alexis favours the “cohesive approach” which would provide financial savings and allow for transfers for police members.

However, until that work is completed, he says, the RCMP must continue servicing reserves.

“I’m not saying the RCMP is the end-all either, because they do have their absolute weaknesses … but in terms of police service of choice at this time, the nations are calling on the RCMP to continue,” he said.

The policing recommendations from the blue panel committee are expected April 30. If the recommendation is to replace the RCMP, Alexis says it is unclear how long the transition period will be between the RCMP and a provincial police force.

“It’s very important the proper respect, mutual respect of all governments come into play when we’re talking about very serious changes in this province with policing because we want policing just like anybody else, but we want a choice,” said Alexis.