Committee appointments made to advise in creation of Indigenous Opportunities Corporation 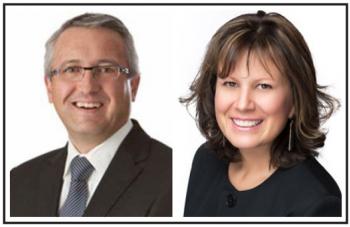 “Their advice, expertise and strategic direction will give us the practical expertise we need to create this first-of-its-kind Crown corporation.” — Rick Wilson, Alberta minister of Indigenous Relations

Nicole Bourque-Bouchier, Keith Martell, Aroon Sequeira and Mac Van Wielingen have been appointed to Alberta’s ministerial advisory committee, which will guide the start-up of the Alberta Indigenous Opportunities Corporation (AIOC).

The committee will provide advice to government on the design of the corporation designed to allow Indigenous communities easier participatation in major resource projects.

“We’ve chosen advisory committee members who are renowned and respected in their fields, and who are keen to take this bold leap with Alberta,” said Rick Wilson, minister of Indigenous Relations.

“Their ties to Indigenous and business communities, their advice, expertise and strategic direction will give us the practical expertise we need to create this first-of-its-kind Crown corporation.”

The committee’s work will continue until a permanent board is in place early in the new year.

The Government of Alberta is now accepting applications for the permanent board.

Bourque-Bouchier is the co-owner and CEO of The Bouchier Group, a player in the oil and gas industry and one of Alberta’s largest Indigenous-owned companies. Since 2004, Bourque-Bouchier has grown her business from 35 employees and 20 pieces of equipment to its current size of more than 1,000 employees and over 400 pieces of equipment. She has contributed more than $3 million through both The Bouchier Group and personally to local organizations, initiatives and Indigenous communities in the Fort McMurray region.

Martell is the president and CEO of First Nations Bank of Canada and serves as a director on a number of public and private corporations and not-for-profits. He is originally from the Waterhen Lake First Nation in northwest Saskatchewan, and resides in Saskatoon.

Sequeira is the founder and chairman of Edmonton-based Sequeira Partners, a leading western Canadian corporate finance advisory firm with clients that includes Indigenous organizations, with valuations, mergers, acquisitions and financing.

Van Wielingen is the Calgary-based founding partner of ARC Financial, the largest private equity investment management company in Canada focused on the energy sector. He is the founder and chair of Viewpoint Group, and founder and vice-chair of the newly formed Business Council of Alberta.