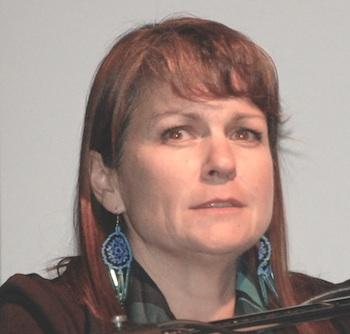 Dawn Lavell-Harvard takes reassurance that the wide scope of power afforded to the newly appointed commission that will head the national inquiry into murdered and missing Indigenous women and girls will be able to work around the details that are missing in the terms of reference.

The terms of reference, in part, authorize the commission “to adopt any procedures that they consider expedient for the proper conduct of the Inquiry, to sit at the times and in the places, especially in Indigenous communities in Canada, that the Commissioners consider appropriate….”

“That gives me great hope, in terms … that police were not mentioned specifically or child welfare that means that we now have the opportunity to build the inquiry that our families need because it’s the responsibility of the commissioners to structure it in a way that meet those needs and to inquire into areas that are going to meet those needs and to expose the injustice,” said Lavell-Harvard, president of the Native Women’s Association of Canada.

Other concerns noted by NWAC is the lack of inclusion of provinces and territories in the commission’s mandate, although Indigenous and Northern Affairs Canada Minister Carolyn Bennett has said that the lower level of government is in the process of passing orders in council which would allow the commission access within provincial and territorial jurisdictions; and, lack of support for families beyond their actual participation in commission hearings.

These are also concerns shared by Amnesty International Canada, who joined NWAC at a press conference in Gatineau, and by the Coalition on Missing and Murdered Indigenous Women and Girls, out of British Columbia.

“Given the importance and the promise of the Inquiry, we are deeply concerned about the gaps in the framework that stand to undermine the good intentions that have led to the formation of the inquiry,” said the coalition in a statement.

Lavell-Harvard, however, sees the gaps in the terms of reference as fixable.

“This is what it is at this point. A lot of the concerns we have are really about the details and so we are still working on those and we have the commitment that we are going to keep working until we get those right,” she said.

However, Lavell-Harvard is buoyed by the appointment of former NWAC president Michele Audette as one of five commissioners.

“We have confidence that she’s going to have the experience and the connection with the family members and the grassroots to be able to have really good insight and … I know she has that passion and that caring and that commitment to the families,” said Lavell-Harvard.

The commission will be chaired by BC judge Marion Buller and rounded out with Qajag Robinson, Marilyn Dumont and Brian Eyolfson.

BC Assembly of First Nations Regional Chief Shane Gottfriedson says he is committed to working with the commission and the families. He adds that is important the commissioners come out to First Nation communities and he, for one, will be inviting them to his community.

“It’s pretty important that the commissioners are welcomed into the territories,” he said.  Gottfriedson, Chief of Tk'emlups Indian Band, holds the AFN portfolio for justice.  “We need to start changing our tone on how things are done in our communities around violence, in general. We need to look at some of the systemic causes of violence. I think this is where the regional and advisory bodies will come in handy, in issues specific around what the inquiry can do.”