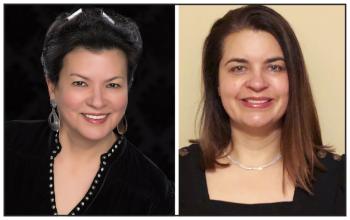 “The health system has failed Indigenous people. This is truth. Telling the truth is not a revolutionary act. It is simply the order of the day.” — Allison Fisher, co-chair of the Ottawa Aboriginal Coalition
By Shari Narine
Local Journalism Initiative Reporter
Windspeaker.com

Personal accounts—whether experienced or witnessed—in Ottawa and the Champlain region reveal the “uncomfortable truths” of the racism and discrimination Indigenous peoples face in health care.

The Indigenous-Specific Racism & Discrimination in Health Care Across the Champlain Region report was released May 25 by the Ottawa Aboriginal Coalition (OAC). The Champlain region spans from Ottawa east to Deep River and as far west as Cornwall and is part of the Ontario Health East Region.

“The stories shared in this report grew because they began with negative stereotypes. They began and were watered, fertilized and shaped by healthcare providers. How Indigenous people are treated in health care is directly linked to the racist beliefs and structures caretaken by providers in the system itself,” said Allison Fisher, co-chair of OAC and executive director of the Wabano Centre for Aboriginal Health in Ottawa.

The Champlain Region report is based on 315 stories collected from mostly Indigenous peoples in late 2018 and early 2019. Ninety-one per cent of these stories were rated by Wabano’s research interviewers as “a clear case of anti-Indigenous racism.”

OAC co-chair Stephanie Mikki Adams, executive director of the Inuuqatigiit Centre for Inuit Children, Youth and Families, shared her own experience in emergency care, her voice shaking as she spoke.

She recounted how it took her five trips over two years to emergency care to finally get the right diagnosis of costochondritis, an inflammation of the cartilage that connects a rib to the breastbone. She said she repeatedly heard a French phrase in response to her situation. She Googled that phrase and found that emergency care staff were saying she was drunk.

“I couldn’t believe what I was hearing and then not getting the care that I needed,” said Adams.

Other hotspots noted are in the community—health clinics, family health teams and paramedics.

“Our stories are the truth,” said Adams. “The research exposed the fundamental reality: As Indigenous people we are not treated kindly and with respect in our moments of vulnerability. We are not seen as human beings deserving of care. We have experienced overt, direct racism while accessing healthcare services.”

Caroline Lidstone-Jones, CEO with the Indigenous Primary Health Care Council (IPHCC), pointed out that Indigenous people chose to suffer instead of obtaining healthcare services because of the inequitable treatment they received or anticipated. This led to increased health concerns and sometimes even to death.

The IPHCC has created a province-wide toolkit for healthcare providers to implement a safe environment for Indigenous peoples. Now, said Lidstone-Jones, IPHCC and partners will pilot a safe space application inviting Indigenous people to record their experiences with racism in health care.

“Over time the application will provide valuable data that can be shared with health institutions to inform them of issues that Indigenous people are experiencing within their services on a daily basis. We need to take these reports, these stories and put action to our words and commit to Indigenous cultural safety at an individual level, at the organizational level, and most importantly, at the systems level,” said Lidstone-Jones.

She said it was time to “re-imagine what caring looks like in our health systems.”

“If we’re going to change and have equitable outcomes in health, we actually have to address racism,” said Etches.

She lauded the Champlain Region report as “far reaching.” She also said the need for accountability to the public in addressing racism was important and actions were clearly defined in the report.

The final of seven recommendations is entitled “Wisdom or continual improvement and renewal.” It calls upon Ontario Health, in part, to “annually restate the system-wide goal of improved health care access for Indigenous peoples, better experiences in health care institutions, and better health outcomes.”

The Seven Grandfather Teachings set out the direction and strategic purpose for recommendations in the report: Courage or ownership; Respect or commitment to equity and collaboration; Truth or expectations; Love or standards; Humility or accountability; Honesty or oversight, and Wisdom.

Among the recommendations, which are all directed to Ontario Health, is to identify and eliminate anti-Indigenous racism and discrimination “hot spots”; to collaborate annually with Indigenous health partners, clients and community members to identify progress, gaps, continuing problems or new challenges; and to require institutional leaders and supervisors to address charges of racism and discrimination leveled against staff.

The report is clear that this is just the latest on a continuum of reports and incidences that outline the racism and discrimination “from every area of this country where health care is seen as a human right” that Indigenous peoples “are not seen, and they are dying because of it.”

To illustrate the point, the Champlain Region report draws attention to In Plain Sight: Addressing Indigenous-specific Racism and Discrimination in BC Health Care, a report that came out in 2020, the same year Joyce Echaquan of the Atikamewkw Nation was racially abused in a Joliette hospital, livestreaming her treatment before dying. The report also references Brian Sinclair, who died in a Winnipeg hospital emergency waiting room in 2008 after being ignored by staff for 34 hours.

Fisher said the stories in the Champlain Region report only add to the “hundreds and hundreds” of stories that the Wabano Centre has heard in the 25 years it has been providing service in Ottawa.

“The health system has failed Indigenous people. This is truth. Telling the truth is not a revolutionary act. It is simply the order of the day,” said Fisher.

To read this report go to: https://wabano.com/wp-content/uploads/2022/05/ShareYourStory-FullReport-EN.pdf