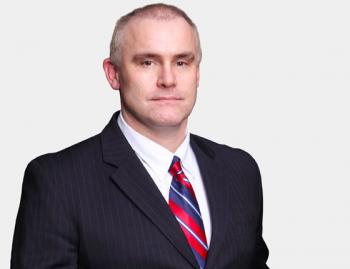 Indian hospitals: unauthorized surgeries, dental work performed without anesthetic, babies switched at birth, medical experimentation performed on young children, loved ones left to wonder about what happened to their family members who died and whose bodies were never returned.
By Shari Narine

An Alberta law firm is offering to work for former patients of Indian hospitals to file claims for damages against the federal government.

The class action, which is aimed at Indigenous people who were admitted to 29 federally-operated Indian hospitals between 1945 and 1981, is in its early stages and has not been certified.  In order for the action to be certified, the court must determine that the claimants have enough in common to proceed as a class action instead of individual claims.

Leighton Grey, a senior partner with Grey Wowk Spencer LLP, says there is no connection between his law firm and Koskie Minsky, with the exception that they are both representing individuals who “were at an Indian hospital and … suffered damages.”

Grey stresses that information sessions have not been about recruiting clients, but about letting them know about possible class action and also informing them that, at this point, claims must be filed individually.

The gatherings include a feast which provides attendees with an opportunity to voice their concerns and share their stories which speak to the atrocities that went on in Indian hospitals: unauthorized surgeries, dental work performed without anesthetic, babies switched at birth, medical experimentation performed on young children, loved ones left to wonder about what happened to their family members who died and whose bodies were never returned.

Following the information sessions, Grey, who represented numerous claimants during the independent assessment process for the Indian Residential Schools Settlement Agreement, says he has been contacted by people who want his law firm to represent their claims. He won’t offer a number except to say “there’s many,” most of whom are from Alberta.  He also won’t offer a dollar figure for the range of financial compensation being sought for damages.

“It depends on what happened to the people. What happened with Indian hospitals was serious,” said Grey.

Koskie Minsky, which commenced its proposed class action in January, has alleged in its statement of claim that patients were “forcibly confined … where they were kept in overcrowded, poorly staffed and unsanitary facilities where they suffered consistent physical and sexual abuse.” One billion dollars in damages for “negligence and breach of fiduciary duty” is being sought along with $100 million for “punitive and exemplary damages.”

Koskie Minsky has named Ann Cecile Hardy as representative plaintiff. Hardy, who is a member of the Metis Nation, was admitted as a tuberculosis patient to the Charles Camsell Indian Hospital in Edmonton in 1969, at 10 years of age. It is alleged she was repeatedly sexually abused by hospital staff and witnessed other patients being sexually abused. Although in the hospital for only a short period, it is alleged her experience left her “physically, emotionally and psychologically battered.”

Cooper Regel, a law firm in Sherwood Park, has joined Koskie Minsky in this class action.

Koskie Minsky and Klein Lawyers were among four law firms that undertook the class action for the Sixties Scoop settlement.

Grey says there is “more of a benefit” for the federal government should the Indian Hospital claim become a class action as it streamlines litigation.

For claimants, he doesn’t think a class action will provide more financial compensation for damages.

“The one benefit to the claimant is that it does tend to result in the claim resolving more quickly,” he said.

If a class action is certified, individuals can opt out by a specified deadline. If they do opt out, they can proceed with an individual claim with the lawyer of their choosing.

Of the 29 Indian hospitals operated solely by the federal government, Alberta had the most at seven, with five located in the southern part of the province. Manitoba had six Indian hospitals and Ontario had five.