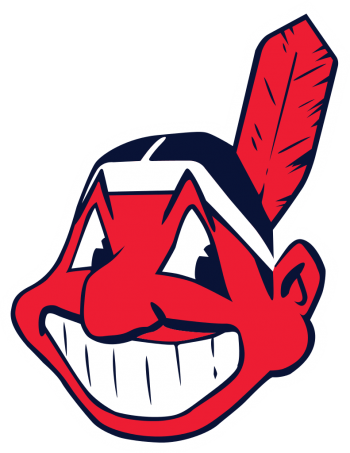 The logo will no longer be used on uniforms, but will be used on other merchandise.

The president of the Aboriginal Sport Circle has mixed reactions over the news the Cleveland Indians will get rid of their controversial Chief Wahoo logo.

Alwyn Morris, a former Olympian who now is the head of the governing body for Aboriginal sports in Canada, believes it is a positive step the Ohio-based Major League Baseball franchise will abandon its logo on team uniforms.

It was announced on Monday that the Cleveland franchise would stop using the Chief Wahoo logo in 2019.

But Morris said he’s uncertain why the logo cannot be dropped even sooner.

“I don’t understand it,” said Morris, a Mohawk who captured two medals (one gold, one bronze) in kayaking at the 1984 Los Angeles Olympics. “If you make the decision to eliminate the logo, why wouldn’t you do it immediately. It should have been easy enough to do for this year.”

The Cleveland franchise will begin preparing for its 2018 campaign next month when its spring training kicks off. The squad will commence regular season action on April 1.

Cleveland’s Chief Wahoo logo is a cartoon caricature of a Native American face. For a number of years, the logo has angered many, including Indigenous groups and people who deem the logo offensive and inappropriate.

Cleveland’s MLB franchise has been called the Indians since 1915. The organization began using various Native American themed logos in the 1930s.

The franchise has used the Chief Wahoo logo since 1947.

Calls to get rid of the logo have been increasing in recent years. The organization did remove the logo from its team hats replacing it with a simple C prior to the 2014 season.

But the squad has continued to use the Chief Wahoo logo on its uniforms.

Despite Monday’s announcement, the Indians’ brass has not decided to completely cut all of its ties with the logo.

The team will no longer use the logo on its uniforms or stadium signage. But the team plans to keep the logo in circulation and use it for some of its merchandise.

The reasoning for this thinking is the Indians wanted to maintain the trademark to prevent others from obtaining its rights and profiting from it.

“From our standpoint, we see it as a step in the right direction,” Morris said.

The brass of the Cleveland organization, however, has shown no indication it will be getting rid of the name Indians, which has also enraged its share of people in recent years.

“Time will tell,” Morris said whether the Indians or other sports franchises who have been targeted for having offensive names and logos will be making changes in the future.

MLB commissioner Rob Manfred offered his thoughts on the elimination of the logo via a statement.

“Major League Baseball is committed to building a culture of diversity and inclusion throughout the game,” he said. “Over the past year, we encouraged dialogue with the Indians organization about the club's use of the Chief Wahoo logo. During our constructive conversations, (Cleveland owner) Paul Dolan made clear that there are fans who have a long-standing attachment to the logo and its place in the history of the team.

“Nonetheless, the club ultimately agreed with my position that the logo is no longer appropriate for on-field use in Major League Baseball, and I appreciate Mr. Dolan's acknowledgement that removing it from the on-field uniform by the start of the 2019 season is the right course.”

Dolan agreed it was time for a change.

"We have consistently maintained that we are cognizant and sensitive to both sides of the discussion,” Dolan said in a statement. “While we recognize many of our fans have a long-standing attachment to Chief Wahoo, I'm ultimately in agreement with Commissioner Manfred's desire to remove the logo from our uniforms in 2019.”

Manfred became the MLB commissioner in 2015. Since then he had expressed an interest to work with the Cleveland franchise to find a suitable solution to its logo controversy.

Removing the Chief Wahoo logo for next year will help prevent some further controversy.

That’s because all eyes of the baseball world will be focused on Cleveland for a while next year. That’s because the organization will host the 2019 MLB all-star game.

Dolan, whose family bought the Cleveland franchise in 1999, insists the organization will not be changing its Indians name.