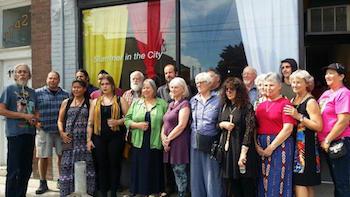 “Reconciliation is not a spectator sport,” said Mary Louise Meiers at the opening of Call to Action #83, an art exhibit about truth and reconciliation. “No one can delegate their responsibility. It is a 100 per cent dedication of the human individual.”

The show opened on July 17 to a packed house that spilled out onto the sidewalk at Summer in the City, a pop-up gallery located at 1144 Queen Street East in Toronto’s Leslieville neighborhood. The show closes Aug. 7.

Call to Action #83 is a collaboration of eight Indigenous and eight non-Indigenous artists and their quest for truth and reconciliation. Meiers explained the process used to produce the work.

“The first artist does a piece, hands it off after 14 days to the next artist who’s inspired by it and does their piece in 14 days. Then they hand it off to the next artist who has their 14 days gestation, and so on. This can take a whole year and it did for us,” Meiers said. The artists did not see any of the work produced except for the one piece that was handed on to them.

A sweat lodge ceremony marked the beginning. Sixteen artists and four Elders gathered in September 2015 at the homestead of one of the artists, Paul Shilling of Rama First Nation. Ernestine Baldwin and Jeff Monague were the Indigenous Elders, and Beverly Clarkson and Arthur Clarkson were the non-Indigenous Elders.

It was pretty emotional being part of the show, Shilling said. “It was stirring up a lot of pain. I’m the youngest of 13 and I saw a lot of abuse. My first seven years was very tragic…This all came out in this process.”

The collaboration had to be successful, said Shilling. “I believe that’s the 8th fire, First Nations standing up and healing, looking at the perpetrators. But it’s just the beginning. We should be able to do this again and go even further and really start healing our emotions,” he said.

The show is about risk and courage, pain and hope, recovery and renewal. It’s the story of Indigenous people, of the pain and suffering brought by European contact and that continues today under neo-colonial policies and practices. But it’s also the story of 16 artists, their growth and renewal and their commitment to the truth, their own and this country’s.

“I was a little bit worried that it was going to be one-dimensional, that it was just going to be residential school images, but it’s very dynamic,” said Nancy King. “When I went all the way around the circle, you see where each person’s piece came from and it’s really nice to see that progression and see that conversation that’s supposed to happen between our nations.”

King’s piece in the show deals with the violence against the land and Indigenous women, inspired by Cultural Excavation, a mixed media on birch plywood by Peter Adams.

The most striking piece in the show, and certainly the largest at five feet by seven feet, is by Mercedes Sandy of Rama First Nation. An untitled mixed media on canvas, it depicts a state of chaos and social crisis.

Sandy was not present at the opening, but Joanna McEwen, the artist who responded to her piece described it as, “a beautiful impressive work.”  When McEwen spoke with Sandy, the young artist was very emotional and talked about missing and murdered women. She also told McEwen that her grandfather had attended residential school in Brantford in a building that’s now falling down.

And the Walls Came Tumblin’ Down, oil on canvas, is McEwen’s response to Sandy’s work. Happy to hear that the residential school was crumbling, “I depicted that and I’m a realist so it’s not that hard to figure out,” said McEwen. “But I’m an upbeat kind of girl. I don’t like thinking that this is all bad. All amongst the rubble, the strawberries are growing and they’re doing very well. They’re gonna prevail.”

Robert Henry’s work titled A Time of Healing is of a jingle dress dancer surrounded by eight handprints. The piece with its brilliant splashes of color is strong in its optimism.

“It is a time of healing right now,” he said. “They talk about those eight prophecies and the 8th Fire has been lit and we all have to live and learn and grow together.”

Henry’s work was a response to Different Together, acrylic on canvas created by Jon Oelrichs. A poem about the nature of reconciliation also presented itself to Oelrichs. It says, in part: “You come to us when we move slowly, with care, and respect and no fear of collision.”

“This was an awakening,” said Elder Ernestine Baldwin of Neyaashiinigmiing First Nation. “Gshkoziwin – that feeling, the awe when you first wake up in the morning, it’s such a wonderful miracle. This has been a beautiful thing.”

Call to Action #83 will be on tour in Barrie and Aurora. For more information, contact the Barrie Native Friendship Centre at 705-323-8996. The exhibition will have a permanent home at Springwater Provincial Park north of Barrie. The show has been supported by private donors and produced under the sponsorship of the Barrie Native Friendship Centre. 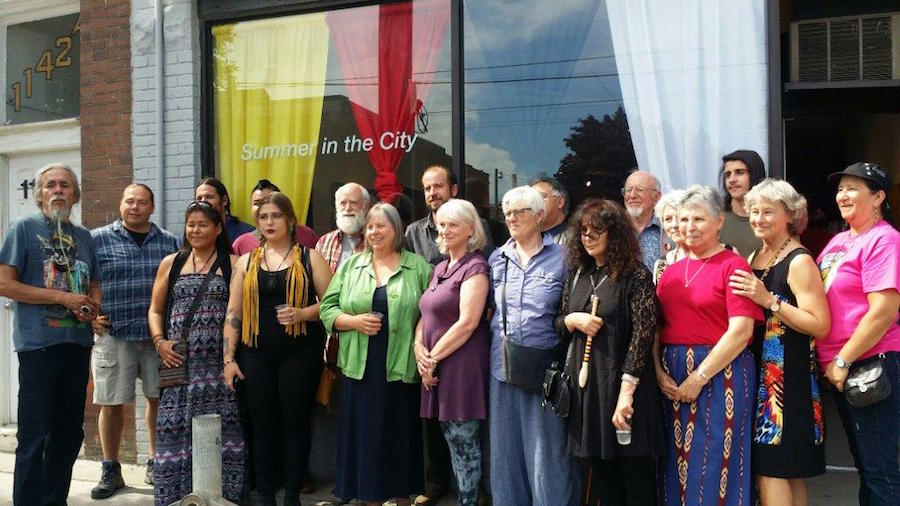 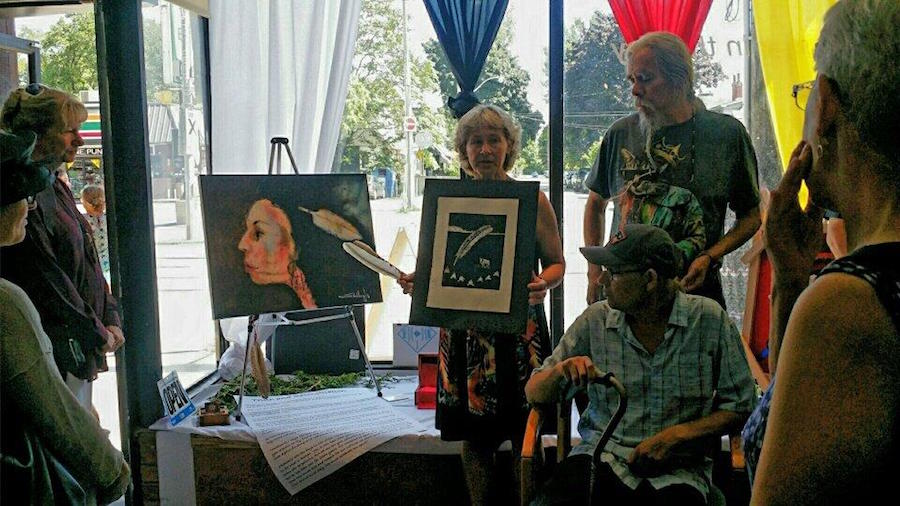 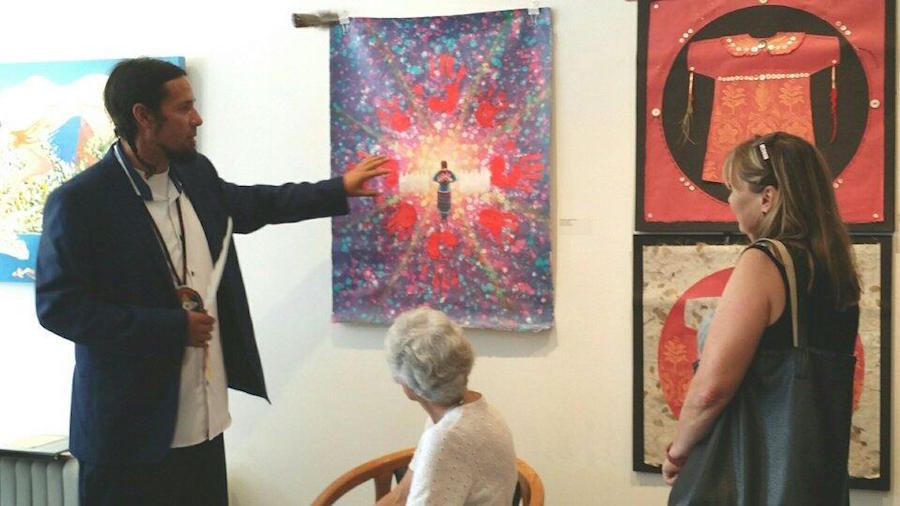