Bennett gets the kid-glove treatment on Framework during AFN appearance 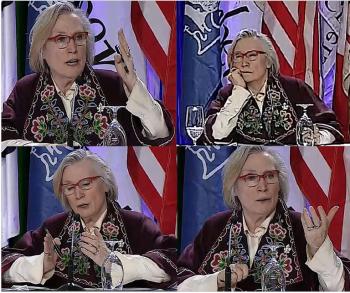 “The government needs to pull up their socks and do the right thing…” —Denise Stonechild, deputy-grand chief of the Association of Iroquois and Allied Indians
By Shari Narine
Windspeaker.com Contributor
OTTAWA

Despite weeks of lobbying for the government to shelve its Recognition and Implementation of Indigenous Rights Framework, Crown-Indigenous Relations Minister Carolyn Bennett seems to have quelled the concerns of some chiefs by stating “the prime minister has promised we will take the time to get this right.”

A 40-minute question and answer period that followed Bennett’s 20-minute address this morning at the Assembly of First Nations Special Chiefs Assembly did not see a single chief reference the timeline of the much-attacked framework legislation.

“Today I want you to know that we have clearly heard you. That you want more time and more deep engagement before legislation is developed that speaks to your inherent and treaty rights and reconstituting nations,” said Bennett. “That’s what being in partnership means.”

None of the chiefs asked Bennett to clarify what “more time” meant or what “more deep engagement” would look like.

Regena Crowchild of the Tsuut’ina Nation did challenge Bennett on the need for federal legislation. 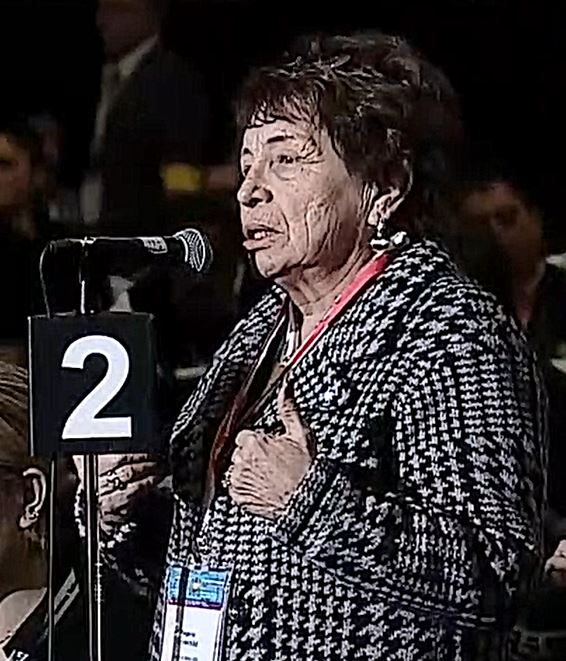 “We are occupying all fields of jurisdiction over our peoples and our territory, our lands, everything because we are nations and we have a right of self-determination. We don’t need Canadian legislation to grant us that right,” said Crowchild.

Bennett agreed that First Nations had treaty and inherent rights, but she said legislation was still necessary to ensure federal laws and policies lined up with changes.

“Because we need people to get out from under the Indian Act,” she said, “withdrawal of federal jurisdiction ends up having to be done in an intentional way. And we agree we’re not giving you anything you don’t already have.”

Denise Stonechild, deputy-grand chief of the Association of Iroquois and Allied Indians, echoed the need for funding.

“The government has got to realize they are the partner and ….  we’re talking resources. And I believe a number of our First Nations are tired of managing our own poverty and we need to do something about that. The government needs to pull up their socks and do the right thing and provide the right funding for that,” she said.

Bennett assured her that the collaborative fiscal policy would meet those financial goals.

“We’re just open to whatever will work in the way that we want to work in getting people out from under the Indian Act with the ability to govern,” said Bennett.

“Partnership,” a term used by Bennett a number of times during her address, was also brought into question.

“When we talk about working in partnership, we actually have to do that as opposed to just talking about it,” said Lower Nicola Band Chief Aaron Sumexheltza.

Sumexheltza expressed frustration in the lack of movement on title, referencing the four years that have followed since the Tsilhqot'in decision.

“You say all the right things, but when it comes to action, I don’t think the government is doing anything,” he said.

Bennett said that while title at Tsilhqot'in was “so clear”, there are other areas in Canada where that isn’t the case.

“Each situation is unique, but I’m very, very heartened by the work we are doing,” she said. “It is about the implementation of those rights and that’s why I think it’s an exciting time in the unique situation of each of the nations.”

In her 20-minute talk, Bennett laid out how her government was “moving forward in a good way” to work with First Nations to get out from under the Indian Act as part of the Liberal’s “commitment to changing the relationship.” She mentioned child welfare legislation, which will pass care onto Indigenous peoples; the Indigenous Languages Act; First Nations control over First Nations education; a collaborative fiscal framework which would provide stable, dependable and predictable funding; talks being undertaken with 320 First Nations at rights recognition tables; and the proposed creation of a treaty implementation oversight body.

“I promise you it will be a distinct improvement from the way things have been,” she said.