Bearspaw on the road to self-sufficiency with new travel centre 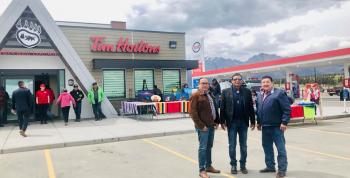 “This is another major step forward for Bearspaw First Nation and our goal of self-sufficiency through business and economic development for the benefit of our membership and our community.” —Chief Darcy Dixon
By Shari Narine
Windspeaker.com Contributor 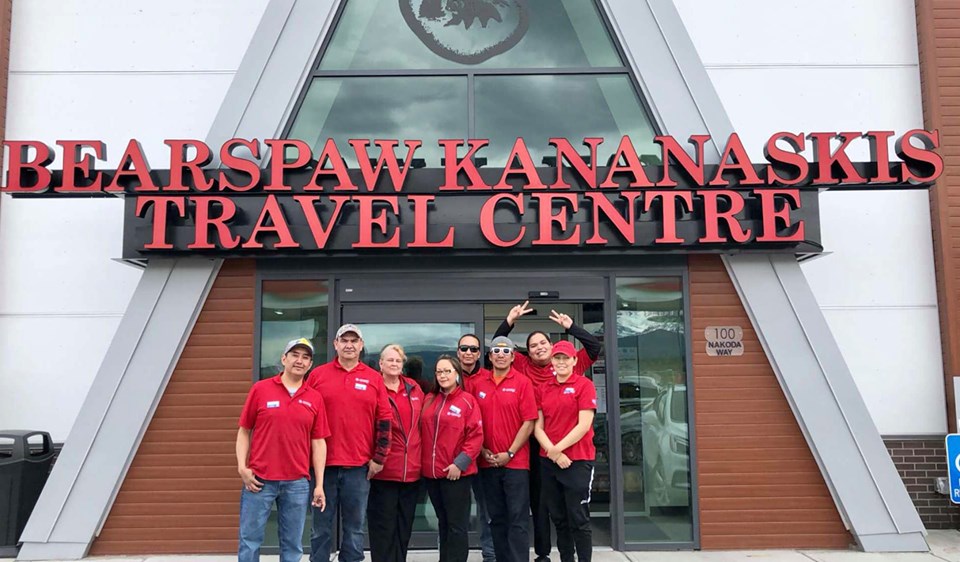 Nearly four months of operations have helped smooth out the wrinkles at the Bearspaw Kananaskis Travel Centre, which is celebrating its official grand opening on Thursday, May 23.

Band members are excited and proud of the 6,000-square-foot facility, which is anchored by the first and only Tim Hortons on a southern Alberta First Nations, said Bearspaw First Nation CEO Rob Shotclose.

“In Canada, everyone’s always looking for a Tim Hortons, so it’s a good complement for us to attract people (and) I think it shows that we can make legitimate business relations with outside entities that people know,” he said.

Negotiations with both Tim Hortons and Imperial Oil, which operates Esso, the travel centre’s other anchoring feature, did delay the opening of the centre, which had been scheduled to be operational last summer.

“We just wanted the best deal so we were back and forth, back and forth (with negotiations)… but we wanted to get it done correctly and it’s a real beautiful building, beautiful site,” said Shotclose.

The five acres is paved and landscaping will be ongoing this spring and summer. The Bearspaw Kananaskis Travel Centre is accessed on the same road as the Stoney Nakoda Casino and Resort, 75 kilometres west of Calgary and just off the Trans Canada Highway.

“We’re right at the base of the mountain, so a very nice view for everyone,” said Shotclose.

The Tim Hortons is a drive-through with walk-in access through the convenience store. Shotclose said tables will be set up outside once landscaping is completed.

Also catering to the needs of long-haul truckers is a truckers’ lounge equipped with large washrooms and showers. Shotclose says laundry facilities will be added. 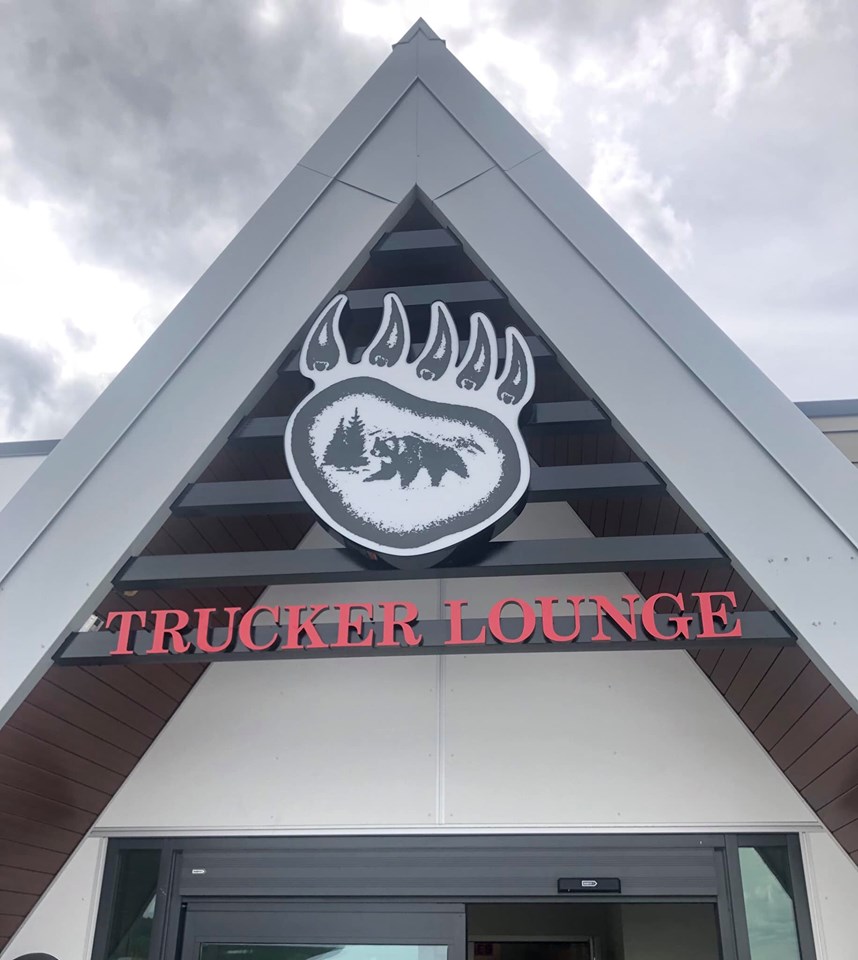 About to open is a fast food area, which includes a kitchen, and will sell snack foods and pizza.

A 1,500-square-foot second-floor mezzanine level will be available for local crafters to rent tables and sell their arts and crafts on weekends and special events.

Shotclose said Bearspaw First Nation is looking to develop its own brand for gift items to sell.

“We (want to) find someone who has the ability or shows the initiative to make a business relationship with the band and maybe lease the second floor off of us and take the whole thing over as a gift shop,” he said.

The facility employs 35 to 40 people and operates around the clock.

Tim Hortons still needs employees to be able to fulfill its 24/7 hours of operation and currently closes on occasion late at night to reopen in the morning. Tim Hortons will be hosting a job fair later in May. 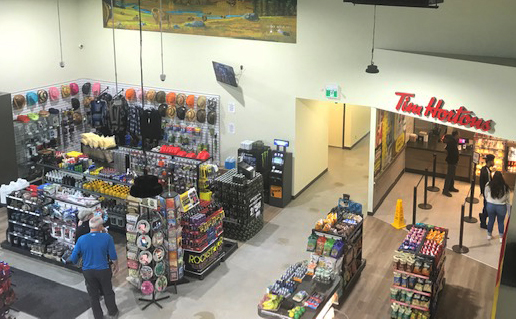 About 95 per cent of those employed at the travel centre are from the Stoney Nakoda Nation. Bearspaw First Nation has the largest membership of the three bands that comprise Stoney Nakoda Nation and hiring Bearspaw members is a priority, but the majority live in Eden Valley or Bighorn. The travel centre is located in Morley, so other First Nations employees come from the Chiniki and Wesley bands.

Funding for the centre, which cost $5.5 million to develop, came mostly from own-source revenue, said Shotclose.

“The majority is our own funding that we just recycled from a couple of our other businesses,” he said.

In 2013, Bearspaw started operating a Centex gas bar and a Subway in the Morley town site, so had money “tucked away.” Grant funding also came from the federal government, which kicked in $700,000 and from the province at $650,000.

The travel centre is part of the 96-hectare site that has been part of the master plan for the band. There is still three acres zoned for development.

“This is another major step forward for Bearspaw First Nation and our goal of self-sufficiency through business and economic development for the benefit of our membership and our community,” said Chief Darcy Dixon.

The facility has been in operation since Jan. 23.

“Business has been pretty steady. We opened up in the winter. Not exactly the best opening time, but it’s good. We got to work through the kinks,” said Shotclose.

The May 23rd day-long celebration will include the opening ceremonies at noon, traditional drummers and dancers, live music by Stoney River, specials in the convenience store, cultural local craft tables, and complimentary hamburgers while supplies last.