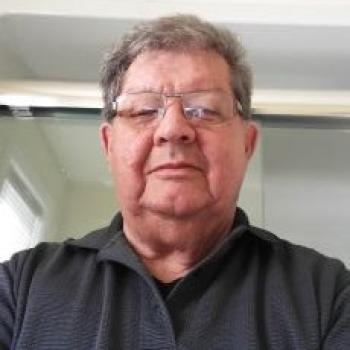 “Canada and Ontario are probably going to want to hire economists to come up with some numbers for that. That’s going to take some time.” —Mike Restoule, chair of the Robinson Huron Treaty Litigation Fund
By Shari Narine
Windspeaker.com Contributor

Chiefs are concerned about Ontario’s decision to appeal a court ruling that would see an increase in annuity payments to 21 First Nations that are signatories to the Robinson-Huron Treaty in 1850.

“From my perspective, it’s a leverage piece on their part,” said Chief Duke Peltier of the Wiikwemkoong Anishinabek. “It gives them the opportunity to walk away from negotiations at any given moment. It means they’re not as invested as the other parties.”

The federal government will not appeal the decision brought down by Ontario Superior Court Justice Patricia Hennessy in December. Hennessy ruled the northern Ontario First Nations were correct in their belief that the annual $4 treaty payments should be raised, reflecting the long-term relationship the First Nations intended. The treaty said, in part, that annuity payments would be increased based on the wealth generated in the treaty territory. There has not been an increase since 1875.

The lawsuit was brought by the member nations in 2013.

“Ontario intends to file its notice of appeal with the Ontario Court of Appeal … (however) Ontario remains committed to exploring options for negotiation,” said Ministry of the Attorney General spokesperson Brian Gray in an email to Windspeaker.com. He added there would be no more comments as “this matter is before the courts.”

“The way the court ruling is, the Crown is both Canada and Ontario, because when the treaty was signed it was signed with the Crown. The judge’s ruling basically said there has to be one settlement,” said Mike Restoule, chair of the Robinson Huron Treaty Litigation Fund.

Peltier says chiefs will now have to determine the best way to engage both levels of government.

The difficulty, he says, comes in determining what revenues have been derived from the territory and how each level of government has benefited.

In the 1850s, forestry and mining were the major sources of revenue. However, since that time, revenue has been earned through other sources.

“Canada and Ontario are probably going to want to hire economists to come up with some numbers for that,” said Restoule. “That’s going to take some time.”

Restoule says the negotiations will include two separate figures.

“We talked about the losses from the 1800s when the annuity should have been increased,” he said. “I’m not sure where the negotiations will go in terms of that, but that’s what we’re looking at, some payment for losses.”

However, the claim is also for calculating annuity going forward.

“We’re looking at a method to increase the annuity from time to time,” said Restoule.

While it is still too early to discuss how the new revenue will be expended by the First Nations, Peltier expects the “go-forward annuity” will be meted out as individual benefits.

There are about 30,000 beneficiaries in the 21 communities.

How the retroactive payments will be used will be determined internally by each First Nation through consultation with their members. Communities may choose to invest their money, hold it in trust or use it to upgrade infrastructure and services.

Peltier could not offer an amount for retroactive payments, saying that the accounting process has not yet begun.

Restoule says they have proposed a conference call between all three parties for Jan. 30 and have yet to hear back from either Ontario or Ottawa. He would like to see that call lead to dates for “face-to-face” negotiations.

Restoule is hopeful that a resolution will be reached before the federal government starts its re-election campaign.

Peltier isn’t confident that’s a deadline that will be reached.

“I think that the responsibility that the community leaders have as well as the trustees that are overseeing the case will likely not rush the process because of the fact that it is complex and we want to make sure it’s something that’s going to re-invigorate the government-to-government and nation-to-nation relations as well as ensure any agreement that is arrived at will survive into the future and that there’s appropriate dispute mechanisms if a dispute arises,” he said.

Restoule says he has been contacted by other First Nations, whose treaties also include annuities.

He points out that both the Robinson-Huron and the Robinson-Superior treaties are unique in that they are the only treaties to include an augmentation clause, which calls for the increase in annuities if the Crown gains more revenue in the territory.