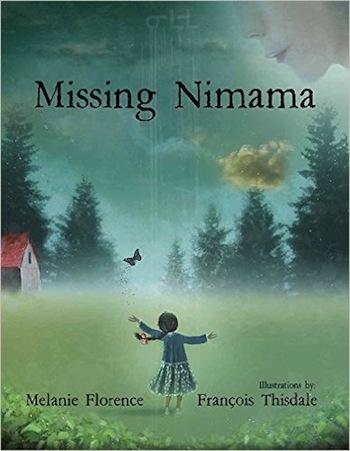 Missing Nimâmâ: a powerful and emotional story which follows an Indigenous child raised by her grandmother after her mother disappears.

But it’s dark: that middle generation is a mother who has gone missing. She represents the hundreds of Indigenous mothers, daughters, sisters, and aunts who have been murdered or are missing.

“I really felt that these women, and families that were left behind, didn’t have a voice. They weren’t being given a voice. Nobody was listening and I kind of felt that I could do that for them,” said Florence.

Missing Nimâmâ is described as “a powerful and emotional story (which) follows an orphaned Indigenous child as she experiences important milestones in life after her mother's disappearance. From her first day of school to her first date and her wedding to first child, the spirit of her mother watches over her. Told in alternating voices of a mother and her child, the book is a free-verse story of love, loss and acceptance.”

Valerie Picher, associate vice-president for community relations with TD Bank Group, said an independent panel consisting of education and literary representatives, judged the books on quality of text and illustration, and their overall contribution to Canadian children’s literature.

“When you look at Missing Nimâmâ there’s a huge education component around the realities of all of these large issues that are being shared today,” said Picher.

She reflected on words spoken by Senator Murray Sinclair, previously chair of the Truth and Reconciliation Commission, who emphasized the importance of education and talking about topics like this openly.

“So if we’re going to make any progress around reconciliation we have to start with education,” said Picher. “It’s a very difficult topic and the author, and the illustrator as well, did an amazing job at providing that education in a way that is relatable.”

It was a story that Florence felt needed to be told.

“I had been reading quite a bit about it. I have some friends on social media who have lost family members, who have gone missing or they haven’t seen justice. And it really struck me that I wasn’t seeing it covered in the news very much,” she said.

Missing Nimâmâ is also geared towards a younger audience. While Florence sees it more readily reaching those 10 years and older, she says in the bookstores it’s included with listings for a younger audience. She says she is aware of the book being discussed in middle grades and high schools and says it’s a valuable tool in informing kids – who don’t regularly read or watch the news – about what is happening in their world.

“It opens the dialogue about something these kids are not being taught, that they’re not really seeing,” she said.

Florence is publishing another novel, The Missing. This one is a young adult fiction that also talks about the subject, but from the perspective of a young Indigenous girl in Winnipeg, whose best friend goes missing, after the body of another young girl is found in the Red River.

Florence began her writing career working for magazines. Her work now includes both non-fiction and fiction which, she said, she sometimes has difficulty jumping between.

“I have, over the course of my career so far, written about issues that affect Indigenous people and Aboriginal characters,” she said. “I really felt drawn to telling more of these stories where I didn’t feel they were represented, especially for younger readers.”

Her first book was Righting Canada’s Wrongs: Residential Schools. She pursued the subject after listening to her grandfather’s account of his time in a residential school.

“He was very deeply ashamed of who he was,” she said. He only spoke about being Indigenous and his residential school experience when he was intoxicated.

Florence realized she was part Cree when she was in her late teens. Up until that point, growing up in a small Ontario town, predominantly all-white, she only knew of her Scottish heritage.

Once Florence found out about her Indigenous background she became drawn to it, she said, and embraced it.

The award earned Florence and Thisdale $30,000, which they will split. Florence will use her money to finish a studio on the grounds of her home in north Toronto.

She has about four or five books that will be published next year. One of those novels is about a “kid on reserve who is dealing with a suicide epidemic. Which is timely of course, because we’re seeing a lot of that.” 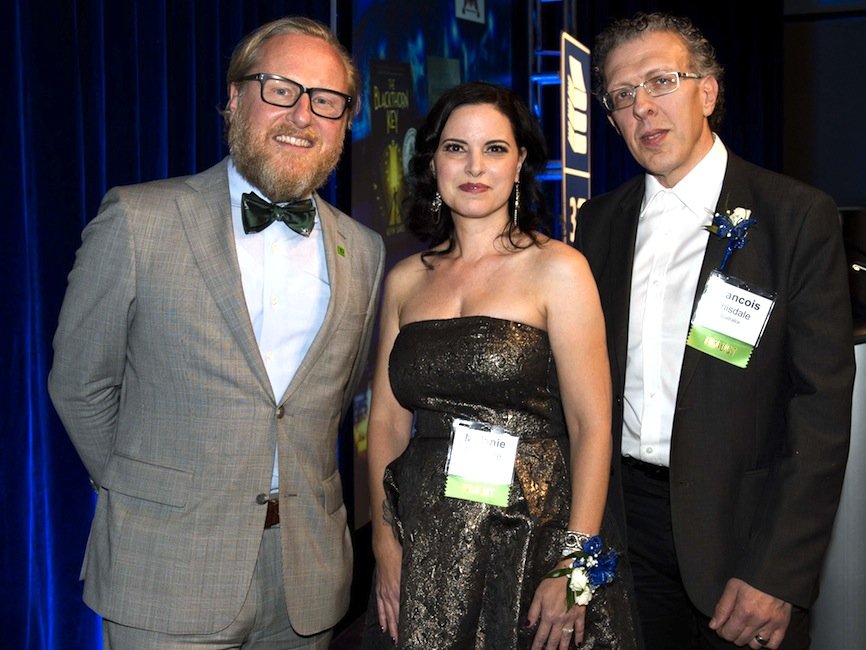