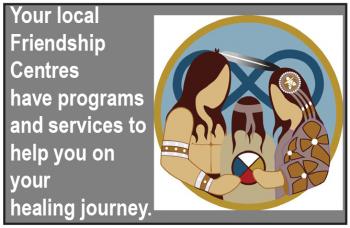 Breaking the Chains of Opioid Addiction

Officials with the Alberta Native Friendship Centres Association (ANFCA) are hoping a recently released video will assist in decreasing the growing opioid crisis in their province.

In April of 2018, the ANFCA, which services 21 Friendship Centres throughout the province, received $400,000 in funding from Alberta Health Services. This funding, also for $400,000, was renewed for another year in April. With the funding the ANFCA was able to create an initiative called Full Circle: An Urban Indigenous Response to Alberta’s Opioid Epidemic.

This venture was a collaboration between the ANFCA and four of its member urban Friendship Centres, located in Edmonton, Calgary, Lethbridge and Grande Prairie. They joined forces to form culturally appropriate methods to identify, inform, support and hopefully decrease opioid use among Indigenous people living in cities.

The video, released via ANFCA’s Facebook page in late April, was just one of the ways the association is spreading the word of its Full Circle initiative. The video can be viewed here: https://www.facebook.com/watch/?v=2575946799146511

“The message we were going for behind this was we wanted to show people the effects of opioid use,” said Kody Taylor, ANFCA’s special initiatives manager. “It shows the realities of (opioid use) and lets people know there is another path.”

That other path, for those Indigenous people addicted to opioids, is taking advantage of healing methods and wellness services provided by Friendship Centres throughout Alberta.

The video PSA is titled Breaking the Chains of Opioid Addiction.

The most recent statistics available show there were 746 apparent fatal opioid overdoes (an average of more than two per day) in Alberta in 2018. Stats also indicate that Indigenous people account for three times more than others for those deaths.

To deliver its programs, the ANFCA has formed partnerships with various health clinics and agencies, as well as groups who provide harm reduction and treatment services.

“A lot of people don’t know how to navigate the health centres,” Taylor said. “And we find Friendship Centres in urban Indigenous communities are safe and caring environments.”

But there is still a great deal of awareness that is required to notify Indigenous people of services available to them.

“We noticed there’s been gaps and barriers for individuals who have addictions,” Taylor said.

ANFCA’s video, which is just under two minutes long, has been viewed more than 9,000 times since its release.

“I can say we’re definitely excited that it has reached that many people,” Taylor said.

“We’re definitely hoping so,” she said. “We’re getting a lot of traction out of it so far.”

Though their video is creating some awareness, ANFCA officials though still have plenty of other work to do in other areas.

“There’s also a lack of services and programs for families of those dealing with opioid effects,” Taylor said. “Friendship Centres have advocated for additional funds for this.”

To further get their message about opioid addictions out, the ANFCA is also undertaking a poster campaign.

Two different posters will be distributed at its centres by the end of this month.

One of those posters show the stats of how there are slightly more than two people per day dying in the province from apparent opioid overdoes.

The other poster displays healing techniques which can be utilized to combat opioid addictions.