The federal government’s decision to allow commercial fishermen into the Smith Inlet for three days has riled Gwa’sala ‘Nakwaxda’xw Nations.

“It was while we were negotiating for our food fishery that (the Department of Fisheries and Oceans) just arbitrarily decided to open it prior to an agreed upon meeting we were having (Tuesday),” said Chief Paddy Walkus.

The area has been closed to commercial fishing for a number of years for conservation reasons as the sockeye salmon stock was low. Gwa’sala ‘Nakwaxda’xw Nation had also not been harvesting in the area. With the threshold recently hitting more than 100,000 fish, DFO permitted a limited opening for commercial fishermen.

This is the second time in a handful of years that DFO has opened the remote area to commercial fishing while in the midst of negotiating with the Gwa’sala ‘Nakwaxda’xw Nations, says Walkus.

On Friday July 15, 20 members of the Gwa'sala 'Nakwaxda'xw Nation took to boats to talk to the commercial fishermen while 100 more members, including hereditary chiefs and Elders, gathered outside the DFO office in Port Hardy.

If the DFO continues to ignore Gwa'sala 'Nakwaxda'xw Nations’ concerns and input, actions could go beyond what occurred this past weekend, said Walkus.

“We will be meeting in the next few days with our hereditary chiefs and our leadership in the Gwa'sala 'Nakwaxda'xw to determine our next steps that will be happening,” he said. “If they (DFO) refuse to acknowledge our needs in some meaningful way, we may have to go to the next level of confrontation that could see us in a more focused effort to address our concerns and hopefully get them met.”

Walkus would not elaborate on what “focused action” meant although further demonstrations or litigation are possibilities.

“That’s the part we will be strategizing. I hesitate to express anything at this point without talking to my own people… I need to honour my community and their directives,” he said.

Commercial fishermen entered the inlet at 6 a.m. on July 15. DFO had initially set a 16-hour window for fishing. However the time frame was extended for the entire weekend, ending at 6 p.m. Sunday.

Members of the Gwa'sala 'Nakwaxda'xw Nations approached the fishermen on the water, without disturbing their operations, handing out information and gifts from the Nations.

“We had some really good feedback from the commercial fishers we were able to approach and they’ve committed to support in the efforts we undertake to promote our directions,” said Walkus.

The DFO opened commercial fishery in Smith Inlet only a few hours after Gwa'sala 'Nakwaxda'xw Nations began collecting food fish. The Nations only managed to catch 100 fish to feed 1,000 people.

“That’s not near enough to meet our needs. That’s the biggest issue for us right now,” said Walkus.

As Gwa'sala 'Nakwaxda'xw Nations does not have the right fishing vessels for the remote Smith Inlet, which tends to be stormy a lot of the time. The Nations have not been able to fish there commercially for about three decades.

Walkus says they have tried to address this issue with the DFO. They have pointed to the Prince Rupert area, where commercial fishermen have given 15 fish each to the local First Nations. The DFO has not addressed the request.

“They haven’t acknowledged it, they haven’t accommodated any of the positions we’ve forwarded with that,” said Walkus.

Also on the table for discussion will be Gwa'sala 'Nakwaxda'xw Nations plans to exercise the commercial fishing rights they have in the White Cliff’s, the major river system in Smith Inlet, once it gets the right fishing vessels.

Walkus doesn’t know whether to be hopeful about results from the meeting with DFO.

“It’s disheartening for our people to operate in this context when DFO refuses to accommodate, refuses to recognize, refuses to acknowledge the Gwa'sala 'Nakwaxda'xw people and/or their input. And they’re forcing us into a situation we will ultimately get into confrontational positions with the commercial fishery and DFO itself,” he said.

The Department of Fisheries and Oceans (Pacific Region) did not respond to a request for an interview. 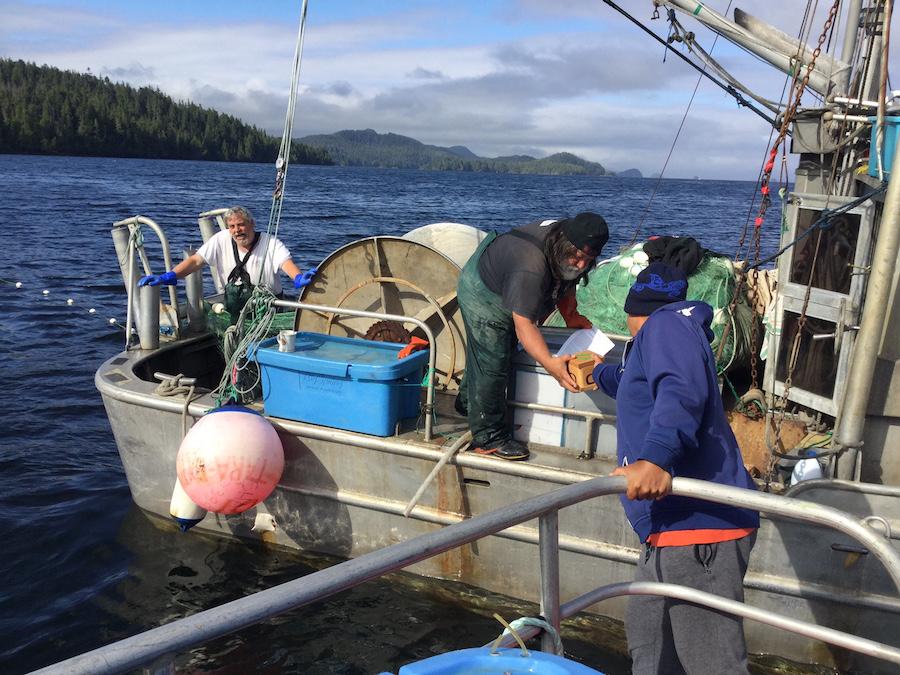 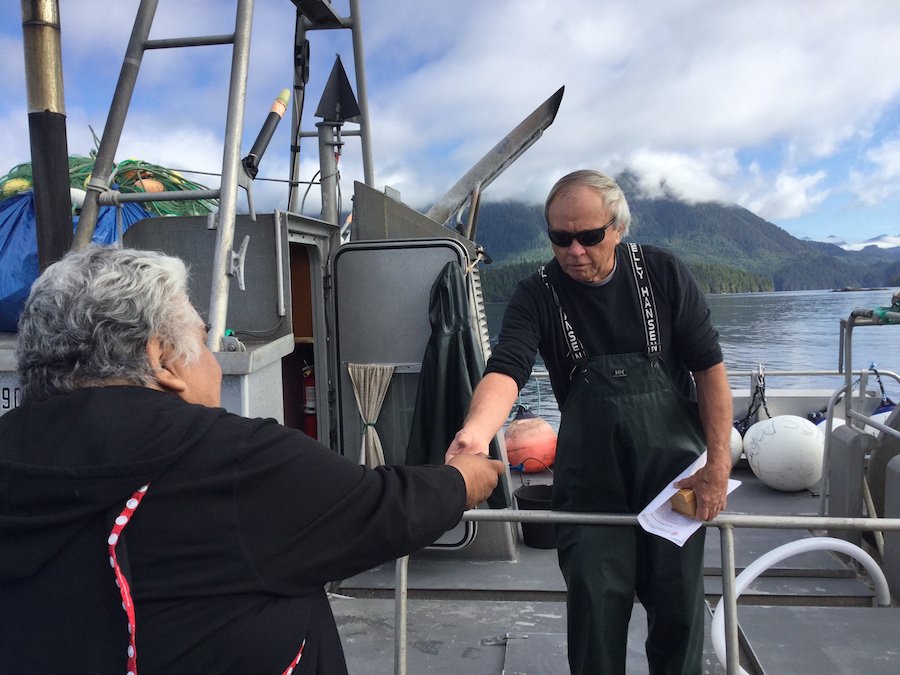 Chief Paddy Walkus shakes the hand of a Squamish First Nation member in Smith Inlet who is in support of the Gwa’sala ‘Nakwaxda’xw’s peaceful protest against DFO’s decision to open the fishery early. (Photo: Gwa'sala 'Nakwaxda'xw Nations) 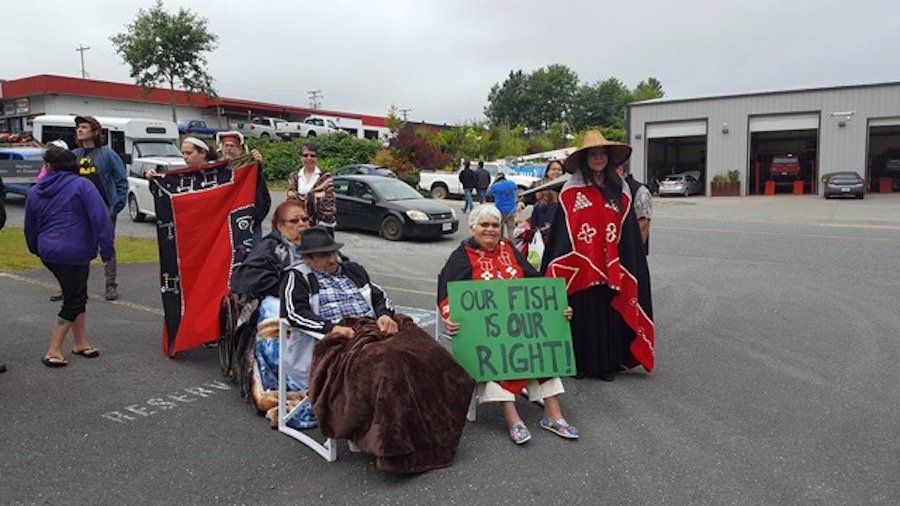