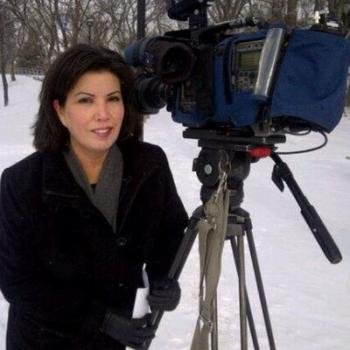 “Once again these law firms are making money off the backs of our pain and suffering.... They’re laughing all the way to the bank.” — Coleen Rajotte

One of a handful of people to opt out of the Sixties Scoop settlement agreement will be pushing on with her own legal action. This on the heels of a recent decision by the federal appellate court to dismiss a motion brought forward by a group of survivors to seek leave to appeal the settlement.

On Nov. 9, Justice John Laskin of the Federal Court of Appeal stated lack of evidence “in the extreme” and lack of standing of those driving the appeal as his reasons to dismiss the application.

In his 17-page decision, Laskin said, “There is nothing in the record which indicates that [the class member] would adequately represent the interests of this class by bringing an appeal which seeks to set aside the settlement agreement.”

Part of the application to appeal, put forward by Watson Goepel, was concern over legal fees. The $75 million in legal fees could represent less than 10 per cent of the settlement.

Fees were set by the Federal Court at $37.5 million, with $12.5 million going to each of three law firms although their time frames differ: Merchant Law Group got involved in 2009, Klein Lawyers in 2011, and Koskie and Minsky in 2016.

Asking to receive $37.5 million in legal fees – although not yet finalized – is WilsonChristen/Morris Cooper, counsel in Ontario, which led the Sixties Scoop litigation.

The potential total value of the settlement is $880 million, with $750 million going to survivors, $50 million to create a foundation, and $5 million to cover administration costs.

Sixties Scoop survivor, journalist and filmmaker Coleen Rajotte had been part of that motion to appeal the settlement. But when her lawyer, Doug Racine of the Aboriginal Law Group, took on the Métis claim for a Sixties Scoop settlement, he declared a conflict of interest and withdrew from representing her, and she didn’t have time to get a new lawyer.

“Once again these law firms are making money off the backs of our pain and suffering. It’s just greedy, it’s wrong and they’re laughing all the way to the bank,” said Rajotte.

Llewellyn Jobs, a Sixties Scoop survivor who has registered to receive benefits under the settlement, agrees the legal fees are high. However, he points out they are still lower than what recipients of the Indian Residential School Settlement Agreement had to pay. Guidelines set for the IRSSA established legal fees ranging from 15 per cent to 30 per cent.

Jobs also points out that WilsonChristen has done the “brunt of the work and is probably more entitled than anybody to get most of the money here.” He says the law firm started its work in 2004 and went through nine appeals.

Myers would not comment on the legal fees his firm received. However, he says Watson Goepel commenced its Sixties Scoop class action in the federal court after the announcement of settlement discussions and wanted in on the legal fees negotiated with the other four law firms.

“This is just a money grab on the part of Watson Goepel. They really have no interest in protecting class members. That’s what the evidence showed,” said Myers.

The four law firms have asked the court to direct Watson Goepel to personally cover costs “which is outside of the norm in litigation, and they’re doing so because of the allegations of misconduct and bad faith against plaintiff’s counsel in the Sixties Scoop action that were ultimately found to be unsupported by any evidence at all,” said Myers.

“Is this not Canada? A democratic country where we can object or say we don’t agree to things? We were just disagreeing that they were being paid too much, so I think that’s crazy,” she said.

Watson Goepel has 60 days to decide if they will be seeking leave to appeal to the Supreme Court of Canada. If they take that step it could further delay settlement payments. Sixties Scoop survivors have until Aug. 30, 2019, to make a claim. Payments, ranging from $25,000 to $50,000 depending on number of claimants, aren’t expected to be made until 2020. About 22,000 people are eligible to make claims. To date, about 4,000 have registered.

Myers says that legal action taken by those who have opted out of the settlement will not delay payments to claimants.

As far as Rajotte is concerned the settlement is a bad one and that is why she has opted out by the Oct. 31 deadline.

“I want people to understand that this was a lawyer-motivated agreement where these lawyers … consulted with maybe a handful of people,” said Rajotte.

In May, the court heard objections to the settlement. Rajotte presented video she had taken as she travelled the country speaking with survivors. Most were unaware a settlement was being offered. She says many survivors live in poverty, are in jail, or on the streets. She plans to edit her film and post it in the next week or so.

“We had no say where we ended up as kids, where we all grew up without our families, we were usually the only brown face in white middle class neighbourhoods, and once again, they’ve taken away our right to have a say in what happens to us. They did that to us as kids and now they’ve done this to us as adults. It’s just wrong, plain and simple wrong,” she said.

Rajotte, born in 1966, was taken at a couple of weeks old from her parents who live on a reserve near North Battleford, Sask. She was put in a foster home in Winnipeg and then placed with a white middle classed family in that city.

The agreement compensates for loss of cultural identity and precludes claimants from taking further legal action against the federal government. However, legal action may be taken against provinces and territories for sexual, physical and emotional abuse.

That’s not an option for her in Manitoba, says Rajotte, because of the statute of limitations.

“The chances of that happening, and I’ve consulted with many, many lawyers, is close to zero,” she said.

It is also questionable whether action can be taken against governments in Alberta, British Columbia and in the territories, says Jobs.

“I’m not naïve,” said Rajotte.  “I understand this is going to take years but I’m perfectly willing to wait for whatever it is, five to seven years, to get my day in court.” She has hired a lawyer from Toronto, who she would not name at this time.

Jobs says he has accepted the settlement.

“I think Canada wins on this one and that’s just the way it is. I’m not saying I’m happy with it, but I’m just saying this is how it would appear and it would be my hope that we would all try to get together and heal,” he said.