2020: First Nations in Saskatchewan ready to do battle to protect rights 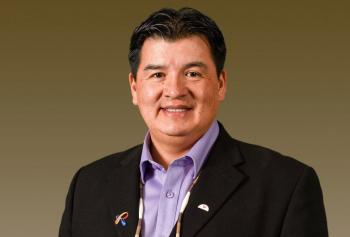 “We’re in big, big trouble if we don’t take care of the lands and the water and the air we breathe. Money is going to be nothing if we don’t survive because of the pollution, the damage to the land, the environment.” — Bobby Cameron, Assembly of First Nations Saskatchewan regional chief
By Shari Narine
Windspeaker.com Contributor

“Asserting, protecting and implementing” inherent and treaty rights will remain the top priority in 2020 for the Bobby Cameron, Assembly of First Nations Saskatchewan Regional Chief.

“Each First Nation will continue to exercise their First Nations’ jurisdiction over all sectors that fall under the umbrella of our inherent and treaty rights,” said Cameron, who is also chief of the Federation of Sovereign Indigenous Nations (FSIN).

That stand may lead to court action, said Cameron, who points to a new trespassing law recently enacted by the Saskatchewan legislature and an appeal promised by the province in a hunting case.

The Trespass to Property Act, passed last May, requires visitors to get permission from landowners to enter property even where private-ownership signs are not posted. That, said Cameron, is contrary to treaty.

“Treaty states that any land that’s not posted or land that’s not being occupied or used for agriculture or cattle purposes, First Nations can practice treaty on those lands. And (the government) couldn’t stand it that treaty won and trumped their provincial law,” said Cameron.

Currently, FSIN is consulting with First Nations to see how to move forward on the issue.

Pierone was found not guilty at all levels of court, with the province’s final appeal being dismissed by the Supreme Court of Canada. Then this past August, the Saskatchewan provincial court ruled that treaty hunters from Six Nations First Nation in Ontario had the treaty right to hunt in Moosomin Park in southeast Saskatchewan. The province will be appealing that decision.

In 2016, Colten Boushie, 22, from the Red Pheasant First Nation, was shot dead by Gerald Stanley after an incident on Stanley’s property. Stanley was acquitted on second-degree murder and manslaughter charges.

The justice system must be reformed, says Cameron, who is pushing for a First Nations cultural framework to be “adhered to, respected and implemented.”

On the federal front, housing and disaster emergency response remain priorities and both tie into funding.

Cameron says by the time federally-allocated money for housing makes it way down to the targeted First Nation, only 42 cents on every dollar is received. Close to 60 cents is lost through the bureaucratic channels, he claims.

“That is a disgrace and embarrassment, not just to this current government, but to all governments before that. This has continued for so long, we have to change that,” he said pointing out he will vocalize his concerns to various ministers including the newly-appointed Indigenous Services Minister Marc Miller.

“Ministers need to make changes, to tell their bureaucrats, where the money gets whittled down to 40 cents, tell them to stop taking First Nation money and make sure it gets to First Nation communities where we can make a better impact in housing.”

As for disaster services funding Cameron says it takes too long for that money to make its way to First Nation communities and members as it must flow from the federal government to the province. With the impact of climate change and the increase in the number of forest fires and flooding incidents, getting reimbursement to those affected needs to happen sooner.

“Climate change is another big factor that we all must address. We’re in big, big trouble if we don’t take care of the lands and the water and the air we breathe. Money is going to be nothing if we don’t survive because of the pollution, the damage to the land, the environment. That’s all going to be irrelevant, oil, gas and everything else. We’ve got to take care of Mother Earth,” said Cameron.

Health and youth suicide are also concerns. While non-Indigenous workers come into the First Nation community to deal with the initial mental health incident, they leave and the community must continue to deal with what has happened. Solutions need to come from the impacted First Nation, says Cameron, with funding invested at the community level.

Getting direction from First Nation members through social media, letter campaigns and text messages will allow Cameron to prioritize issues. That in turn, he says, will help him with face-to-face meetings with federal and provincial officials to advocate in all sectors for the needs of First Nations in Saskatchewan.

“We will continue to do our work for the benefit for our First Nation people. Anything that we can do to build a better quality of life for our children, we’re going to do,” he said.