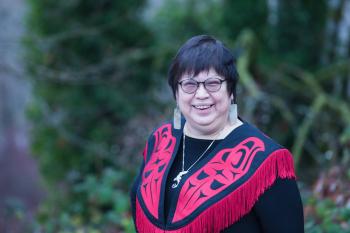 A minority government may be exactly what Nuu-chah-nulth First Nations need to get some action on a fishery decision rendered by the British Columbia Supreme Court 10 years ago.

“We haven’t had any success under the Liberals in the last four years … (but Nuu-chah-nulth-aht) are being supported by the NDP very strongly, especially on fisheries and oceans and everything that’s here,” said Judith Sayers, president of the Nuu-chah-nulth Tribal Council.

On Monday night, Canadians elected a minority Liberal government with the New Democratic Party earning 24 seats, three of which in the territories of the Nuu-chah-nulth peoples on the West Coast of Vancouver Island.

In post-election speeches, NDP leader Jagmeet Singh was the only leader to substantially acknowledge Indigenous concerns and issues, saying First Nations needed to be treated with “dignity and respect.”

In 2009, the BC Supreme Court recognized in the case of Ahousaht Indian Band and Nation et al v. Canada that five Nuu-chah-nulth Nations – Ahousaht, Ehattesaht, Hesquiaht, Mowachaht/Muchalaht, and Tla-o’qui-aht – had the right to harvest and sell all species of fish that were traditionally harvested in their territories.

However, Justice Garson ruled that while there were Aboriginal rights, they were not unrestricted, and gave Canada and the Nuu-chah-nulth Nations two years to negotiate a commercial fishery.

“Of course, (the Department of Fisheries and Oceans) did not come to the table with a mandate, they did not come to the table with anything that was even resembling a commercial fishery. So after five years of being frustrated and trying to sit at the table and negotiate something, the only solution that was before them was to go back to court and claim that DFO policies were infringing their rights,” said Sayers.

Along with stalled negotiation attempts, the federal government unsuccessfully appealed the ruling to the BC Court of Appeal and the Supreme Court of Canada.

In 2015 the five Nuu-chah-nulth First Nations and the federal government returned to court for a justification trial. The decision, which was released in April 2018, was a tempered win.

Justice Mary Humphries narrowed the scope of the Aboriginal right, restricting the nations to pursuing “a small-scale, artisanal, local, multi-species fishery to be conducted within a nine-mile strip from the shore.”

That decision was appealed to the BC Supreme Court by the five Nuu-chah-nulth First Nations this past February.

“What we were trying to restore was the ability of the Nuu-chah-nulth to be commercial fisherman and to gain a living from that,” said Sayers.

The decision has yet to come down.

“We should have had a decision. The three justices that heard this knew that it had to be this fall so people could prepare for fishing in the spring. So the importance of that was very well understood by them… In the meantime, there’s all this uncertainty in Nuu-chah-nulth (territories),” said Sayers.

Fishermen need to be preparing for the upcoming season, she said, with fishing to begin in February or March, depending on the species involved.

“If we don’t get a decision soon, are we just going to go out fishing in the spring with our own fishing plan as opposed to something we negotiated with DFO?” said Sayers.

Frustration from both leadership and fishermen is clear and growing, Sayers said, especially in light of a failed court bid this summer against the DFO on another, but related, fishing matter.

The T’aaq-wiihak fisheries (made up of the same five nations) filed an application for an injunction against a DFO decision to reallocate 6,000 chinook salmon from the recreational to the regular commercial sector off the west coast of Vancouver Island.

“DFO is trying to say there isn’t enough fish out there to give to the tribal council yet they can take some from the recreational and give to the commercial fishery and so where’s the fairness, where’s the equity in doing that? Excluding us, again, from the fishery that we’re supposed to be able to be exercising our commercial right to fish,” said Sayers.

The T’aaq-wiihak fisheries of the Ahousaht, Ehattesaht/Chinekintaht, Hesquiaht, Tla-o-qui-aht and Mowachaht/Muchalaht First Nations have been set up as demonstration fisheries consisting of small and medium-sized boats and are operating until DFO and the Nations reach an agreement.

These are legal, sustainable and local fisheries agreed upon by the Nations and DFO. The fisheries are monitored for proper management, and fishers must follow food and safety regulations. They operate during distinct time openings and to target specific species. Fisheries are not open all the time and not every species is authorized for sale during an opening.

T’aaq-wiihak refers to fishing with permission of the Ha’wiih (hereditary chiefs).

After 10 years and still no resolution, Sayers is fed up.