Star player to be inducted into the Canadian Lacrosse Hall of Fame, again 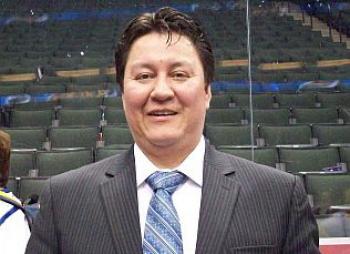 Duane Jacobs was among those inducted into the Canadian Lacrosse Hall of Fame more than a decade ago.

Yet the former star player, who is Cayuga and grew up in Ohsweken, Ont., is thrilled with Wednesday’s announcement that he will be one of the 2019 inductees into the national hall, this time as an individual via the players’ category.

Back in 2008 Jacobs was part of the Six Nations Chiefs team that was inducted into the hall for its efforts in winning three consecutive Mann Cup championships from 1994 to 1996. The Mann Cup is annually awarded to the top Senior A men’s box lacrosse squad in Canada.

As for this year's honour, Jacobs said, being singled out by hall officials is more meaningful than being inducted as part of a team. And yes, he had aspired to one day hear his name as a hall inductee.

“I think so,” he said. “I think anybody who dedicates a lot of time and effort to the game thinks about it.”

In 2015, Jacobs had also been inducted into the Ontario Lacrosse Hall of Fame and Museum, which is located in St. Catharines.

“It was very special,” Jacobs said of his induction into the provincial hall. “Most of my career was played in Ontario and I don’t want to take anything away from that. But I thought maybe I’d be in the Canadian one someday too.”

Jacobs, a 53-year-old lawyer who is now living in Toronto, believes his national accolade is the icing on the cake for his playing career.

“I don’t think any more awards come after this one,” he said. Induction ceremonies will be held Nov. 9 at the Canadian Lacrosse Hall of Fame, located in New Westminster, B.C.

Jacobs also played 11 seasons professionally, starting off in the Major Indoor Lacrosse League (MILL), which was later renamed the National Lacrosse League (NLL). He was a member of the Rochester Knighthawks which captured the MILL title in 1997.

Jacobs played eight years with the Knighthawks and spent two seasons with the Detroit Turbos and one with the Buffalo Bandits.

Though his playing days are long done, Jacobs continues to remain heavily involved with the sport.

Since 2004 he’s had various roles with the Chiefs. He’s currently a coach, the general manager and the president of the Six Nations squad, which competes in the Major Series Lacrosse.

Besides winning three Mann Cup crowns as a player with the Chiefs in the ‘90s, Jacobs has won the prestigious trophy three more times (2013, ’14 and ’16) with the Six Nations franchise as a coach/executive.

Jacobs said he anticipates perhaps as many as 10 family members will join him in B.C. later this year for his induction into the national hall.

“I would think if they can afford to they will be there with me,” he said. “They’ve followed all my games since I was a kid.”

Over the years Jacobs also held various coaching and other roles with different NLL teams.

He served as the director of player development for Rochester’s team from 2017 up until this past season. Jacobs does not believe he will be joining the franchise, which has relocated to Halifax, for the coming season.

“That’s up in the air right now,” he said. “Honestly there’s no deal in front of me.”

Jacobs would be content not to work with an NLL franchise this coming season. That’s because he plans to devote a good chunk of his time on the road, following the hockey career of his 16-year-old son Tie.

The younger Jacobs will be playing for a Delaware-based prep school team during the 2019-20 season.

And no doubt Jacobs will also be thinking ahead to that fall day when he will enter the Canadian Lacrosse Hall of Fame as an individual.

“It means I’m lucky,” he said. “Like anybody, it’s an honour and I’m thankful it’s me. There are so many great players that are worthy of this.”

Jacobs is one of four individuals who will enter the national hall of fame this year via the players' category. Three builders will also be inducted as will one veteran player.

And the 1984-85 Whitby Warriors’ Junior A club will be inducted through the team category.