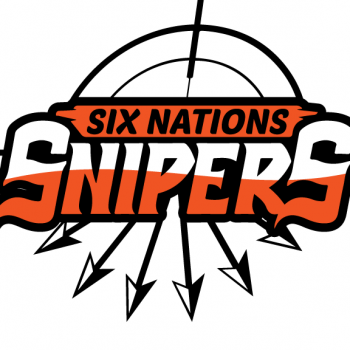 The Six Nations Snipers will be looking for some regular season successes in their upcoming Arena Lacrosse League (ALL) campaign. But the Snipers will also be hoping that this is the year they will experience some post-season glory.

The Six Nations squad, which is gearing up for its fourth season, has yet to register a playoff victory.

In the three previous years of the ALL’s existence, the Snipers have been eliminated from further play after losing their opening post-season match.

Six Nations will begin its fourth season on Dec. 22 with a home contest against the Toronto Monarchs. This match will be held at the Snipers’ home rink, the Iroqouis Lacrosse Arena in Hagersville, located on the outskirts of the Six Nations community of Ohsweken.

The ALL is a development league for the National Lacrosse League, the top box lacrosse circuit in the world.

All seven of the ALL franchises are based in Ontario. Besides the Snipers and Monarchs, the circuit also includes the Oshawa Outlaws, Paris RiverWolves, Peterborough Timbermen, St. Catharines Shockwave and Whitby Steelhawks.

The St. Catharines squad captured the 2019 ALL championship this past April, downing the RiverWolves 8-6 in the final.

Though they have participated in the ALL playoffs the past three years, the Snipers have only had one winning season.

That was during the ALL’s inaugural year in 2017. Six Nations registered a 9-5 record that year.

The Snipers then posted identical 5-9 marks during the past two seasons.

The Snipers scooped up a number of potential players at the ALL Draft, held in November. The Six Nations side ended up selecting 14 individuals in the 15-round draft.

This list included nine players who had also been chosen in the 2019 NLL Entry Draft.

The Snipers utilized their top pick on Tye Argent, a 20-year-old who averaged close to five points per game this past season with the Hamilton Bengals, a Junior B club.

Argent racked up 96 points (39 goals and 57 assists) in 20 regular season games with the Bengals.

The Snipers also drafted Daylen Hill, who was the captain of the Six Nations Rebels, who captured the Ontario Junior B crown this past summer.