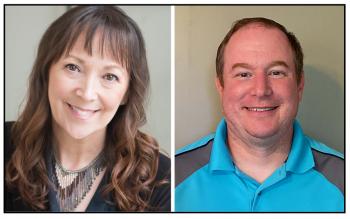 Fiona Kirkpatrick Parsons is relieved a secret she has known about for some time is now out.

It was officially announced on Monday that the next North American Indigenous Games (NAIG) will be staged from July 15 to July 23 in 2023.

The majority of events in the multi-sport Games, which are expected to feature about 5,300 youth participants, will be held in Halifax. Millbrook First Nation in Nova Scotia will also play host to some of the competitions.

Halifax was originally supposed to host the 2020 NAIG. But because of the COVID-19 pandemic, organizers originally postponed the Games until this summer. Then organizers had to nix those plans and put the Games on indefinite hold until they felt they could safely operate the event.

The event is held for Indigenous youth participants ages 13 to 19 from across Canada and the United States.

Kirkpatrick Parsons, the chair of the 2023 NAIG host society, said organizers have known for a few months of the competition dates. And they’ve known for even longer that July 2023 was being targeted as the next NAIG.

“It’s like trying not to shake your Christmas presents, if you celebrate Christmas,” Kirkpatrick Parsons said. “I was bursting to say something.”

Kirkpatrick Parsons said plenty of details had to be ironed out before competition dates could be officially revealed.

“We had to kind of go to our respective partners and talk about those kinds of specifics, make sure we could get bookings and venue availability,” she said.

Two of the partners NAIG officials dealt with were the federal government and Nova Scotia’s provincial government. Both agreed to increase the amount of funding they had originally pledged to cover some of the incremental costs of the twice postponed Games.

The federal government agreed to provide up to $4.5 million more in funding. It had previously provided more than $3.8 million in funding.

And the Nova Scotia government, which had originally provided $3.5 million in funding, will now chip in an additional $2.5 million.

Minister of Canadian Heritage Steven Guilbeault realizes the importance of the NAIG, first held in 1990.

“The North American Indigenous Games play an important role in the development of young Indigenous athletes, coaches and artists by providing them with valuable training, competition and artistic experiences,” Guilbeault said. “Our government is proud to provide further support to the 2023 NAIG as it showcases the richness of Indigenous sport and culture to all Canadians.”

NAIG Council president Shannon Dunfield believes the announcement of dates for the 2023 event is welcome news.

“In light of recent events around the continued history of residential schools, we hope that the announcement of NAIG 2023 and the lead up to the Games will uplift and inspire youth and families across Turtle Island in a good way,” Dunfield said.

Some older teenagers who were hoping to participate in the next NAIG, however, will not be entirely thrilled with all of the news from Monday’s announcement.

That’s because when NAIG 2020 was postponed the first time, there was talk officials might adjust age eligibility groupings to include those who had qualified to compete but would have been too old the following year.

Kirkpatrick Parsons, however, said it is the NAIG Council that determines age categories. For the 2023 NAIG, there will be three divisions; 19 and under, 16 and under, and 14 and under.

Kirkpatrick Parsons though did provide a glimmer of hope for those athletes whose competition eligibility has expired. She said organizers are exploring the possibilities of including those who have aged out but still want to be engaged in some way.

“We are forming some plans to keep them engaged with their teams and to find a way to somehow include them,” she said. “I don’t know what that looks like yet to be perfectly honest. And I don’t want to raise anybody’s expectations.”

Also announced on Monday was the fact Brendon Smithson is the new CEO of the 2023 NAIG.

Smithson had previously served as the executive director of Games Delivery of the 2020 NAIG host society.

“The number one reason was the pandemic and where it was when we had to make those decisions,” Smithson said.

He added many of the participating squads at NAIG traditionally have tryouts and pick some of their participating athletes a year in advance. Staging tryouts would not have been possible for some because of various lockdown restrictions they have been faced with and some continue to encounter.

Though they were all set to host NAIG last year, Smithson also said organizers of the next Games, now two years away, still have plenty of work ahead of them.

“There’s still quite a few things to do,” he said. “Some of the protocols, like medical ones, have changed.”