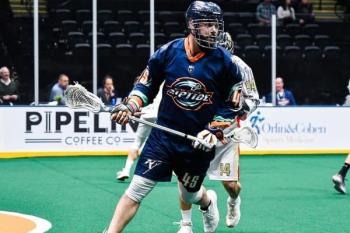 “It was pretty cool but there was a lot of mental preparations for it.” — Jake Fox on his first pro game in the National Lacrosse League.
By Sam Laskaris
Windspeaker.com Contributor
LONG BEACH, N.Y. 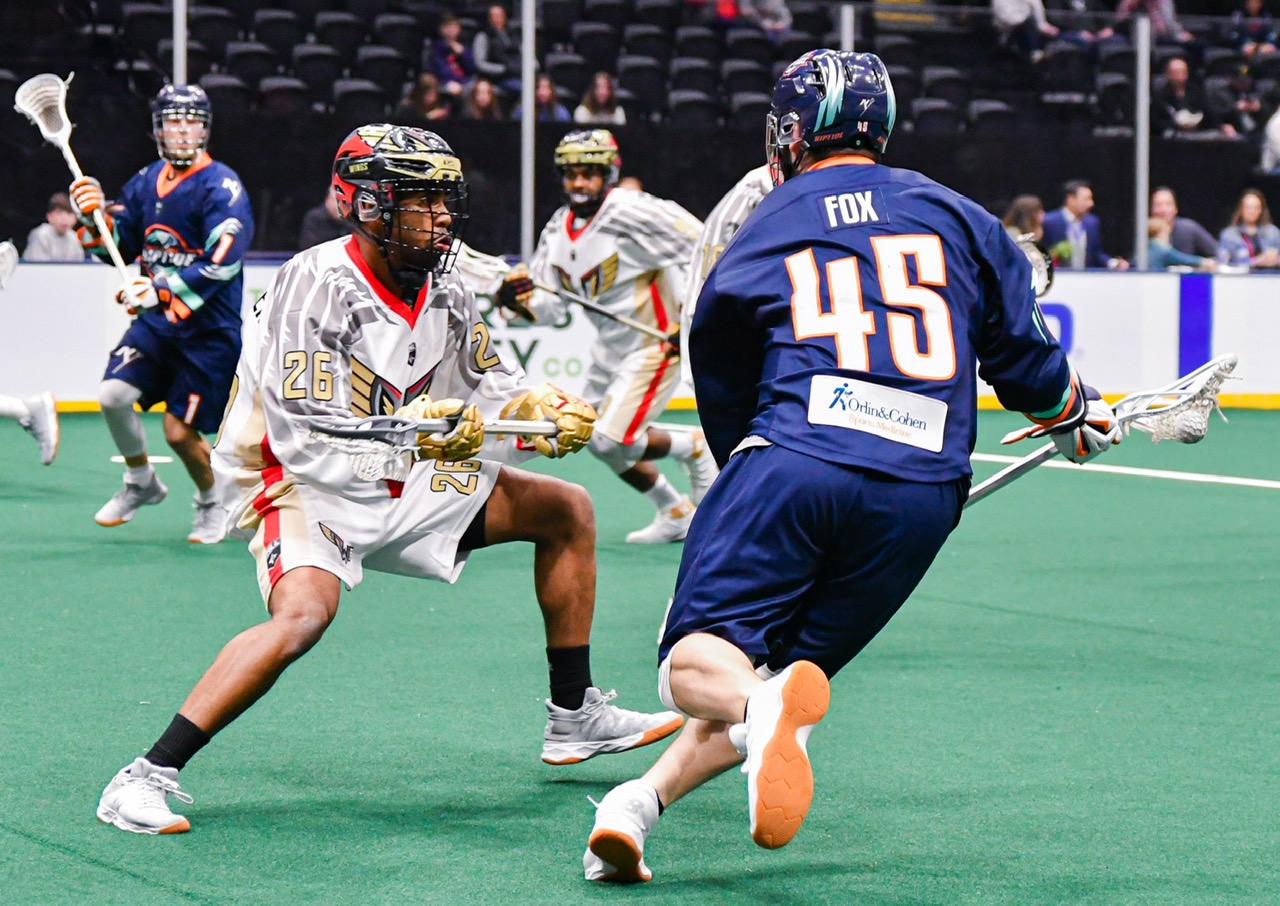 And now the 23-year-old Metis player is hoping to continue to develop and become a regular in the National Lacrosse League (NLL).

Fox, who was born and grew up in Ottawa, made his NLL debut earlier this month with the expansion team New York Riptide.

Fox scored once and added two assists in his first pro game held Jan. 4 at the Nassau Coliseum in Uniondale, N.Y. But the Riptide was downed 15-12 by the visiting Philadelphia Wings.

For his efforts in his first pro match Fox was selected as the league’s Rookie of the Week in an online poll voted on by fans.

“I was definitely nervous,” Fox said. “It’s something I’ve been dreaming about since I was seven.”

Fox added he was actually rather tired heading into the contest.

“It was pretty cool but there was a lot of mental preparations for it,” he said. “I was tired because I definitely couldn’t sleep beforehand or even the night before.”

Fox, however, was able to settle into things quickly as he scored the first Riptide goal of the match, just past the three-minute mark of the opening quarter.

“There was excitement and relief at the same time,” Fox said of his first NLL goal. “Especially being an offensive guy. You’re wondering when that first one was going to come.”

Fox though is not sure when he will next suit up for the Riptide. He began the season on New York’s practice roster.

Jake Henhawk. Riptide director of player development, said Fox was activated to the lineup in part because the club’s brass was looking to shake things up after New York lost its first four matches.

Plus, the Riptide was looking to be a bit bigger against the Wings, a squad known for its physical play.

“He’s a big body who makes it a little tougher on the defence,” Henhawk said of Fox, a right-handed shooter who is listed as 6-foot-2 and 200 pounds.

Henhawk was also pleased with how Fox performed against the Wings.

“I thought Jake gave a great spark to our offence early on, especially with the goal he scored,” Henhawk said.

New York hasn’t played a game since, as it had a bye week this past week. The Riptide return to action on Saturday as it hosts the Georgia Swarm.

Fox, who has returned to the club’s practice roster, does not believe he will be in the lineup on Saturday. But Henhawk said on Thursday morning that final decision had yet to be made.

Henhawk though said Fox still needs some work to become a regular in the NLL.

“He needs to continue developing his game,” he said.

Pinpointing when Fox will make another appearance in the Riptide lineup is difficult, Henhawk added.

The Riptide had selected Fox in the second round, 19th over-all, at the 2019 NLL Entry Draft this past September.

“He’s got a good IQ,” Henhawk said of Fox, who played his collegiate field lacrosse at Baltimore’s John Hopkins University. “He’s always played a high level of lacrosse. And he’s going to be a fantastic player in this league. He’s just going to have to bide his time until then.”

Henhawk also speaks highly of Fox when he’s not playing.

“He’s a true professional the way he conducts himself,” he said. “And he knows the game well. I think he’s even going to become a great coach.”

Besides hoping to suit up for as many games as possible this NLL season, Fox, who moved to Long Beach, N.Y. in mid-December, also finds himself working in the Riptide office.

He’s working on various team promotions. And, starting next month, he will be one of the Riptide players involved in the club’s anti-bullying and anti-vaping campaigns.

At the conclusion of the NLL season, Fox is planning to join the Ontario-based Brooklin Lacrosse Club, which competes in the Major Series Lacrosse loop during the spring and summer months.

Fox finished second in Brooklin team scoring in 2019, averaging two points per outing. He had 36 points (15 goals and 21 assists) in 18 games.