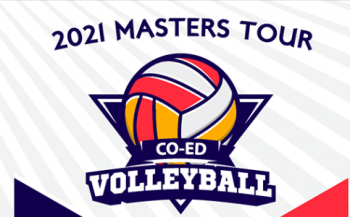 “I’m not 100 per cent sure, but I would think they might have a basketball tournament. And maybe a baseball one.” — Josh Carpenter, North East regional co-ordinator, Indigenous Sport & Wellness Ontario
By Sam Laskaris
Windspeaker.com Contributor
RAMA FIRST NATION, Ont.

Officials with Indigenous Sport & Wellness Ontario (ISWO) believe there’s no point in waiting two more years before giving adults another opportunity to have their fun.

The Masters were created to give Indigenous athletes, ages 20 and over, a chance to continue participating in various sports after they’ve become adults.

Other Indigenous sporting competitions, including the prestigious North American Indigenous Games (NAIG), are restricted to those 19 and under.

Deeming the inaugural MIG a success, ISWO officials have announced they will be staging the next event for masters in Ottawa in 2021.

But in order to drum up some interest in those Games, ISWO officials plan to hold a number of adult tournaments across the province in various sports.

For starters they are organizing a co-ed volleyball tournament. That event will be held June 1 at the MASK Sports Complex, located on the Rama First Nation in Ontario.

Organizers will be accepting the first 10 clubs to register. As of Thursday morning, seven teams had entered.

“It’s something to get people active and talking about the Masters Indigenous Games,” said Josh Carpenter, ISWO’s North East regional co-ordinator, who is handling the registrations for the upcoming volleyball tournament.

Competing squads are allowed to have a maximum of 10 players. Since it is a co-ed tournament, all teams must have at least two women playing on the court at all times.

For this event participants must be 18 and over.

Those players wishing to take part must also be Indigenous, but they do not necessarily have to be from Ontario.

Some individuals who have already signed up to play for clubs at the Rama First Nation tourney are from Quebec as well as the United States.

ISWO officials also had a Masters category for adults at the 2018 Ontario Native Volleyball Invitational it staged for youth in April of 2018 in Sault Ste. Marie.

“Some people were inquiring about playing again (in another event),” Carpenter said.

Carpenter himself took part in the MIG in Toronto last year. He was a member of the men’s Oji-Cree basketball squad that placed fourth (out of eight teams) in its division.

“I thought it was a very successful start,” Carpenter said of that event. “The Games also had a cultural village and there were vendors selling arts and crafts and there were also food booths. There was a lot of people coming to check that out.”

About 5,000 people attended the four-day MIG in Toronto. The closing ceremonies and a powwow attracted about 1,500 people alone.

Sports that were contested at the first MIG were archery, athletics (track and field), basketball, canoeing, golf, softball and volleyball.

ISWO officials are also exploring the idea of having other tournaments before the 2021 MIG. But other than next month’s volleyball tourney, no other event details have been announced yet.

“I’m not 100 per cent sure,” Carpenter said. “But I would think they might have a basketball tournament. And maybe a baseball one.”

For many Indigenous athletes, participating in NAIG is a highlight in their sporting careers.

And now the ability to take part in the MIG provides some with the chance to renew friendships which began at the NAIG.

Carpenter, a 37-year-old member of Ontario’s Curve Lake First Nation, competed in basketball at the 1997 NAIG in Victoria, as well as at the 2002 Games in Winnipeg.

Carpenter said his best friend, Justin Sackenay from Constance Lake First Nation, who was also the best man at his wedding, was one of his teammates during his NAIG days.

Carpenter, however, is hoping if ISWO officials do indeed stage other tournaments before the 2021 MIG that they will have some added significance.

“I’d like to see other events serve as a qualifier for the Masters Indigenous Games,” said Carpenter, who lives in the community of Walford, near Sudbury. “Maybe give the winners a free entry into the Games. That might be a good idea to think about.”

The registration fee for the Rama First Nation volleyball tournament is $200 per team. More information is available by emailing Carpenter at josh.carpenter@iswo.ca