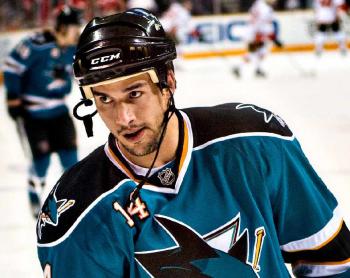 Officials from the Moose Cree First Nation are once again gearing up to host a record-breaking youth hockey tournament.

For the second consecutive year the northern Ontario First Nation, located in the community of Moose Factory, will play host to the Little Native Hockey League tournament.

The event, which is more commonly known as the Little NHL, will be held March 11 to March 15 in Mississauga.

A record 210 youth teams will participate in this year’s event. The previous high of tournament entrants of 204 clubs was set last year.

Squads will be participating in divisions ranging from Tyke (5- and 6-year-olds) through to Midget (15 to 17).

Brenden Biederman, the co-ordinator of the Little NHL host committee, said Moose Cree officials are looking to stage an even more successful tournament than they did a year ago.

“I think this is the nature of myself and our committee,” Biederman said. “We’re always trying to better ourselves. Like the Little NHL players, we’re in it to keep getting better and better.”

Biederman added the planning for this year’s event – the 47th running of the annual tournament – began almost immediately after the 2017 version was completed.

Having also served as hosts a year ago has proven to be beneficial to Moose Cree organizers.

“It really put us in a good position to host again this year,” he said.

Moose Cree organizers will also be setting another record this year, once again breaking their own record from 2017.

That will be in terms of sponsorship dollars they managed to attract. Last year they secured a tournament-high of $400,000 in sponsorships.

That figure has already been surpassed. But Stan Kapashesit, the chair of the Moose Cree organizing committee, said a final tally is not yet available for this year.

“People are still contacting us about sponsorships, even though we had a deadline of Feb. 15,” he said.

Debbie Debassige, the president of the Little NHL, said her executive committee has thoroughly enjoyed working with officials from the Moose Cree First Nation these past two years.

“It’s been great working with Moose Cree,” she said. “As a community they are very progressive.”

Kapashesit is thrilled the Little NHL executive asked his First Nation to host once again.

“From our understanding we are one of the few communities that have been asked to host it back-to-back,” he said.

The host Moose Cree First Nation will once again be well represented on the ice at this year’s event. Sixteen clubs from the First Nation participated in the 2017 tourney and one of those teams, the Novice boys’ entry, won its championship.

Moose Cree will be icing 15 clubs this time around.

“It will be interesting,” Biederman said. “I anticipate a couple of our teams will do really well.”

Biederman said the Moose Factory Minor Hockey Association currently has about 100 players. But as many as 200 youth, whose families are members but live off of the First Nation, will also suit up for Moose Cree at the tournament.

Biederman added the local hockey scene is in somewhat of a rebuilding mode. He said participation numbers took off after Moose Factory native Jonathan Cheechoo made it to the NHL, breaking in with the San Jose Sharks in 2002.

Cheechoo, who is the honorary chair for this year’s Little NHL, went on to play 560 NHL contests. Besides San Jose, he also toiled for the Ottawa Senators.

After his NHL days were over Cheechoo, who retired a year ago, spent three seasons in the minor pro American Hockey League and the final four years of his playing career overseas suiting up for various teams in the Kontinental Hockey League.

Biederman said participation numbers and the competitiveness in the Moose Factory youth league dwindled somewhat after Cheechoo left the NHL.

“There was a little less publicity even though he was still playing at a high level,” he said.

Debassige is not surprised to see the number of Little NHL entrants continue to grow.

“Our population is growing so it only makes sense the number of hockey players grows as well,” she said.

Debassige added as long as there is sufficient ice time available in the communities that host the annual tournament, there is no reason to consider putting a cap on the number of participants.

A new tournament facility was added this year to help with the scheduling of matches. Organizers rented some ice at the Carmen Corbasson Community Centre, a two-pad facility.

Organizers have also planned a number of off-ice activities during this year’s tournament.

“By adding these special events we figured it would enhance the experience and help the tournament grow,” Kapashesit said.