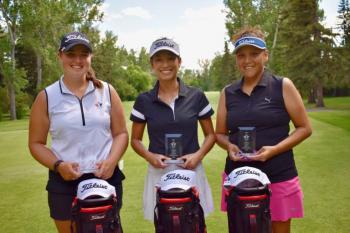 Skyesong Alexis yearns to be a pro golfer. The former provincial high school golf champion, who also won a number of junior tournaments during her teenage years, excels in the sport.

Earlier this week she was one of 61 participants at the three-day Alberta women’s amateur tournament, which concluded Wednesday at the Willow Park Golf and Country Club in Calgary.

Besides placing third over-all in the tournament, Alexis also took top honors in the Mid Amateur category at the event, restricted to those ages 25 and over.

Alexis finished a whopping 12 strokes ahead of the runner-up in the Mid Amateur division.

By being among the top three over-all finishers in the tourney, Alexis earned a spot on the Alberta squad that will participate later this month at the national women’s amateur tournament.

That event, which is scheduled for July 24 to July 27, will be staged at the Marine Drive Golf Club in Vancouver.

“I think we’ll do really well,” Alexis said of Team Alberta’s chances at the Canadian tournament. “I always go into every tournament thinking of winning.”

Despite the numerous events she’s won throughout her career, Alexis deemed her efforts this week as her most memorable to date.

“I’d honestly say it was the best one so far,” she said. “I’ve been around for years and years and people were starting to think that I can’t go anywhere.”

Alexis’ pro aspirations though are still very much alive.

“I think to accomplish this was just the start of something for me,” she said. “People were asking me who my coach is and who my sponsors are. But I don’t have any of that. I’m just self-taught.”

Alexis was introduced to the sport at age eight as her parents and grandparents were golfers. She started playing on a course owned by the Paul Band First Nation in Wabamun, Alta.

“They were always playing and one day I picked up a club and started swinging it,” she said. “My dad said I was a natural.” 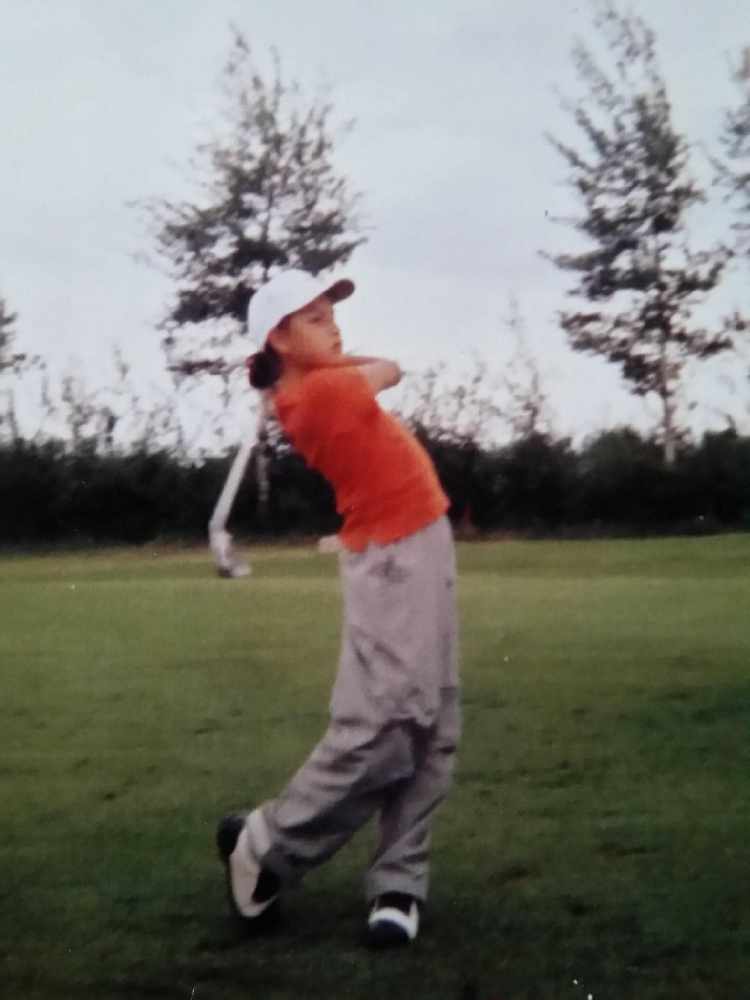 Praise continued to come her way as she racked up numerous impressive finishes at youth events.

“I was told by many people I was going to go pro,” she said.

And she’s still confident she can one day fulfill that dream.

Alexis believes she has the necessary skills to compete on the world’s premier professional golf tour for female players.

But the 29-year-old, a member of Alexis Nakota Sioux Nation, does not currently have the financial resources to travel around to tournaments with some impressive payouts across North America in the hopes of making a living from the sport.

“It’s a lot of money to travel to these things,” Alexis said. “Not only do you have to pay entry fees for tournaments, but you have to pay all your expenses to get to those events.”

At some point she’d like to try her luck with the tour’s annual qualifying school, a multi-stage process including various tournaments in the U.S.

Some of those fortunate enough to advance to the final stage and then fare well in the concluding tournament end up receiving their LPGA Tour card, granting them entry into all events for the coming season.

Alexis, who lives in Edmonton, is not certain when she will give the LPGA Tour qualifying school a shot.

“I’m not too sure,” she said. “I’ll have to get the funding together first.”

While she has been golfing since the age of eight, Alexis has held down various jobs in recent years.  She’s been employed as a child care worker and also a shuttle bus driver for a casino.

For the past three months though she’s been working as a hoist operator at Edmonton’s Ice District, a sports and entertainment complex.

Besides juggling her work and golf careers, Alexis and her partner Cory Saddleback are raising two children. The couple has a seven-year-old daughter named Kiya and a son Cory, who is turning two next month.

For now though, Alexis can take pride in the fact that she believes she is the top Indigenous female golfer in Canada.

“I haven’t been across anybody (who is Indigenous) that can beat me,” she said.

Not much will slow Alexis down. She estimates she won about 10 tournaments a couple of years ago when she was pregnant with her son, including one just days before he was born.