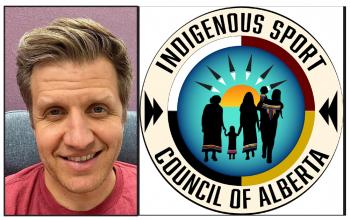 The Summer Fitness Challenge organized by the Indigenous Sport Council of Alberta (ISCA) has begun.

This marks the second year of the challenge, open to all Indigenous people in Alberta 10 years of age and over.

Participants take part in various workout sessions and then post pictures or videos of themselves onto the event’s Facebook page. All information about this year’s challenge is available there.

Those that do take part are eligible for various weekly prizes.

Jacob Hendy, ISCA’s executive director, is hoping the number for this year’s challenge might double.

“Everybody registers last minute,” Hendy said, adding many will in all likelihood enter once they see people’s Facebook posts. “We’re anticipating 800. But I’m hoping we can get up to 1,000.”

Those that do register are given a workout schedule. Training sessions include sit-ups, push-ups, squats and lunges.  Any sort of activity, including walking and running, is encouraged.

“There’s no equipment (required),” Hendy said. “It’s free for any Indigenous person that registers. There’s no costs, no transportation and no babysitting needed.”

Hendy said ISCA officials were surprised with some of the results from last year’s fitness challenge. There was a belief youth would be the ones most interested, however, 82 per cent of the participants were 18 and older.

Another eye-opening statistic was that 85 per cent of those that took part were female.

“We thought it would be 50-50 or maybe 60-40,” Hendy said. “We really don’t know (why the majority were female). We have a lot of females that are working. They’re working moms, but they still do it. It’s a conundrum. I don’t know if (males are) afraid to do it. The guys that do, do love it and they’ve had tremendous benefit from it. They’re out sharing it and telling others about it.”

Hendy also enjoyed seeing the number of people liking other Facebook posts and encouraging individuals that in some cases they do not know.

“They all motivate and support each other and it’s been incredible,” he said.

Organizers also ask a question of the week. For example, what goals participants are hoping to achieve.

Hendy stressed simply taking part in the challenge is what is important.

“The biggest part of everything is that it is participation based. It’s not competition,” he said. “And I always tell everybody modify, modify, modify. So, say if somebody is doing a push-up and they have to go on their knees, and maybe they can only go halfway down, then that’s fine. But if you can’t do that and you can only go a quarter of the way down, just go a quarter of the way down.”

“We can’t control things like visiting family or friends or eating in a restaurant or the fact maybe jobs have been affected,” Hendy said. “What we can control is our physical health.”

Hendy said ISCA is believed to be the only Indigenous sports organization in the country offering an ongoing fitness program.

“Nobody else is doing this,” he said, adding some other organizations will have perhaps organized a weekend virtual jogging event. “But there’s been nothing that’s ongoing on a daily basis like we’re doing.”

Hendy said last year’s participants included representatives from almost all of the 46 First Nations in the province, as well as the eight Métis settlements.

There were also plenty of entrants from Indigenous people living in cities.

“A lot of people that live in the urban areas, they love it because they feel connected to their people and their culture because normally in an urban area they don’t feel that as much,” he said. “But they’ve been part of this online community and they’ve created and made all these awesome friends and it’s been pretty special seeing everybody.”