Indigenous athletes among those aiming for medals at Beijing Olympics 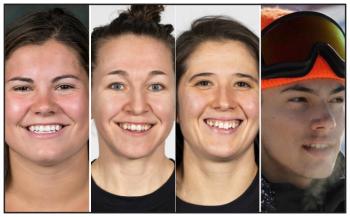 There are five Indigenous athletes with Canadian connections that are chasing glory at the Beijing Olympics.

The Games, which officially began on Friday, Feb. 4 and continues until Feb. 20.

On Monday Jan. 31, Snowboard Canada officials announced that Liam Gill, a member of Liidlii Kue First Nation in the Northwest Territories, would be competing in Beijing. Gill had previously been named as an alternate for the Canadian squad and was not expecting to go to China for the Olympics. But he found himself packing his bags and heading to Beijing after one of his teammates in the halfpipe competition was forced to withdraw due to a recent injury incurred during training.

On Monday, Feb. 7 Alexandra Loutitt came to our attention earning a medal with the Canadian mixed ski jumping squad. While she didn't self-identify as Indigenous in her Olympic bio, the Gwich'in Tribal Council came out and claimed her as one of their own through her father Sandy Loutitt.

Besides Gill and Loutitt, the other Indigenous participants at the Olympics are Jocelyne Larocque, Jamie Lee Rattray and Abby Roque.

Though she is a member of Wahnapitae First Nation in northern Ontario, Roque was born in Sault Ste. Marie, Mich., and will represent the United States in Beijing.

Since Canada and the United States are the two perennial powerhouses in women’s hockey, there’s a strong possibility Roque and the rest of the American squad will meet Larocque and Rattray, who are both Métis, and their Canadian teammates in the gold-medal match. 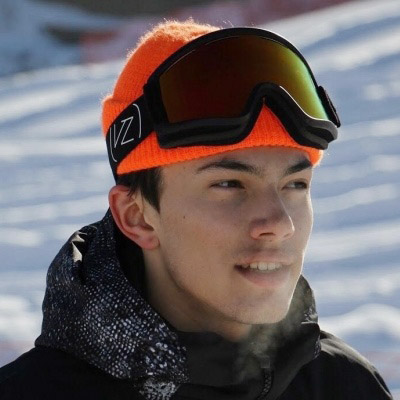 Gill, who is 18, is considered a future star on the Canadian snowboarding team. But now he’s about to perform on the world’s biggest sporting stage.

Gill, who lives in Calgary, was forced to quickly pack his bags for Beijing after it was announced a two-time Olympian, Derek Livingston, would be unable to perform at the Games because of a recent lower-body injury.

Gill will be taking Livingston’s spot in the men’s halfpipe competition. Besides being the lone Indigenous member on the Canadian snowboarding squad, he is also the second youngest member of the team.

Another Calgary resident, Brooke D’Hondt, who is 16, is the youngest.

Gill previously represented Canada at the 2020 Winter Youth Olympic Games, which were staged in Lausanne, Switzerland.

At those Games he participated in all three of snowboarding’s freestyle events, placing eighth in the Big Air competition, 11th in the Slopestyle and 13th in the Halfpipe competition. 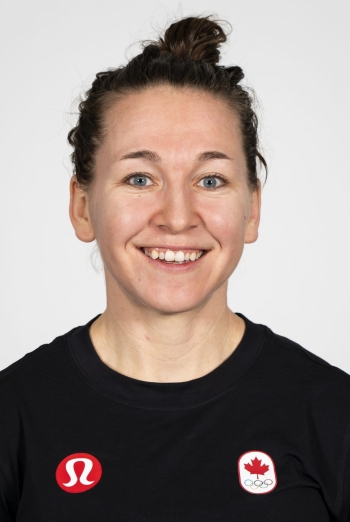 Larocque, a 33-year-old who plays defence, is one of the veterans on the Canadian women’s hockey squad. She has been a member of the national squad since 2008.

And Larocque’s resume already includes a pair of Olympic medals.

She was a member of the Canadian squad that captured the gold medal at the 2014 Sochi Olympics staged in Sochi, Russia.

Larocque made history at those Games, becoming the first Indigenous woman to suit up for the Canadian women’s hockey club at an Olympics.

And then, four years later, she helped her squad win the silver medal at the PyeongChang Games. Canada was edged by the U.S. in a shootout in the gold-medal contest.

Larocque, who is from Ste. Anne, Man., has also earned eight medals (two gold, five silver and one bronze) at world women’s championships.

Larocque also had a stellar four-season playing career at the University of Minnesota-Duluth. She served as the captain of the team during her senior year. 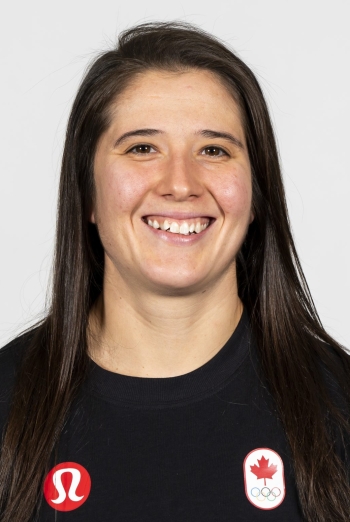 Rattray, who was born in Kanata, Ont., is a 29-year-old forward.

Though she made her first appearance with the national senior women’s team in 2014, she will make her Olympic debut in Beijing.

That’s because she didn’t crack the final Canadian roster for the 2018 PyeongChang Games.

Rattray, however, does have a handful of medals from world championships.

She was a member of the Canadian team that captured back-to-back silver medals at the 2015 and ’16 global tournaments.

Rattray also won a bronze medal at the 2019 tourney. And she was a member of the gold-medal winning side at the 2021 championships, held this past August in Calgary.

She has also excelled off the ice as she helped Canada win the bronze medal at the 2017 world women’s ball hockey championships. 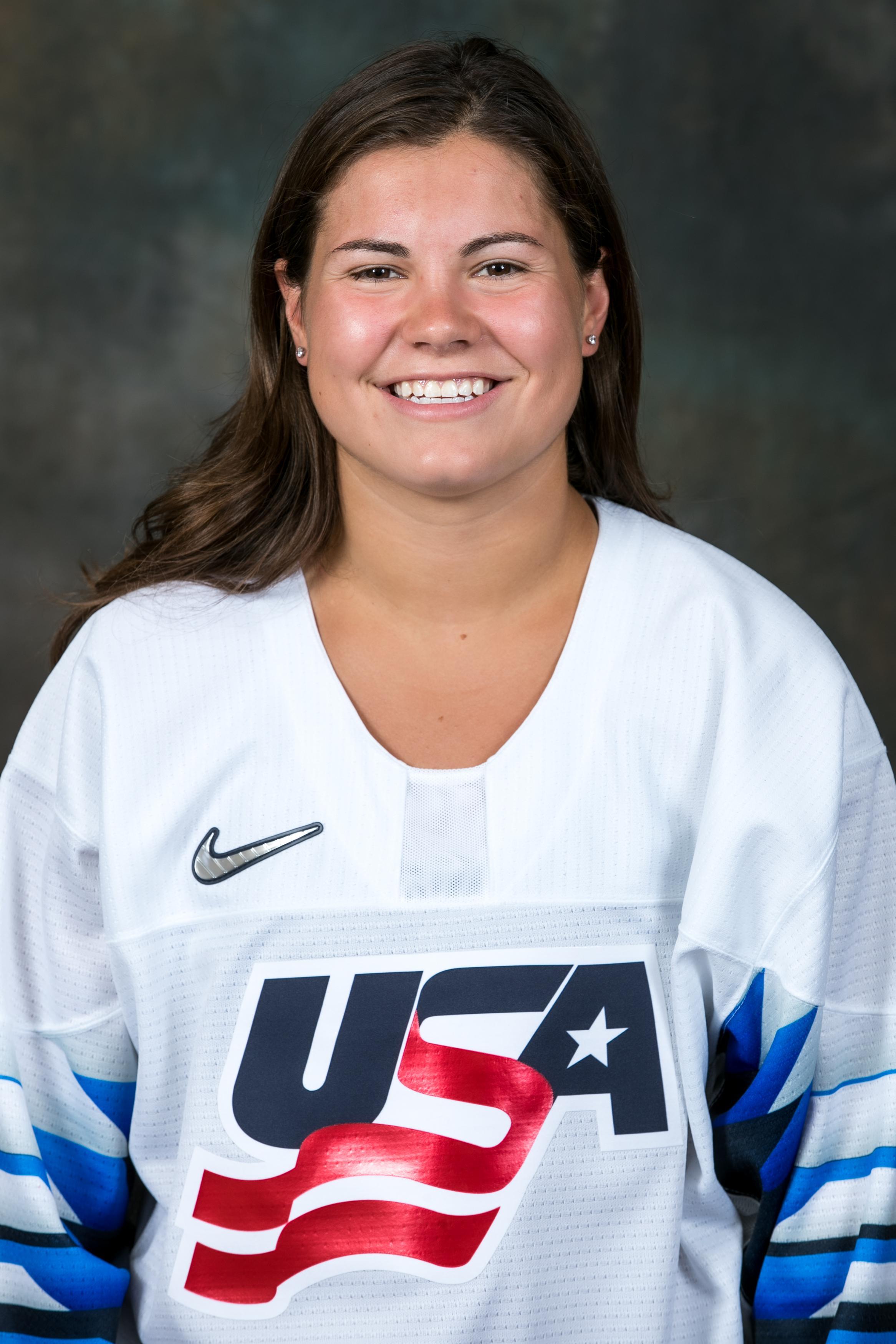 Roque, who has lived in the United States her entire life, will make her Olympic debut in Beijing.

The 24-year-old is a forward with the American squad.

Her Indigenous ancestry is through her father Jim, who is both a Canadian and American citizen.

Jim Roque is currently working as a scout for the National Hockey League’s Toronto Maple Leafs.

Born and raised in Sault Ste. Marie, Mich., Roque was a force during her collegiate years, 2016 through 2020, at Wisconsin University. During her final season at Wisconsin, she racked up a whopping 58 points, including 26 goals, in 36 contests.

For her efforts, Roque was one of three finalists that year for the Patty Kaizmaier Memorial Award. This trophy is annually presented to the top female collegiate players in the U.S. 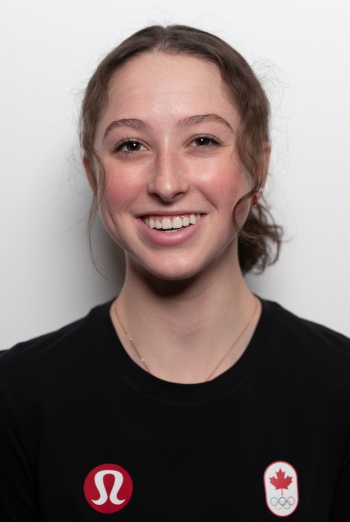 Alexandra Loutitt has jumped her way into the record books.

The 18-year-old, who is a member Nihtat Gwich'in based in Inuvik, was not a household name when she arrived at the Beijing Olympics.

But Canadians from coast-to-coast-to-coast have been learning more about her story now that she’s an Olympic medallist.

Loutitt, who was born and raised in Calgary, is a member of the Canadian mixed ski jumping squad that captured the bronze medal in Beijing on Monday, Feb. 7.

Loutitt and her teammates, however, won the first ski jumping medal for Canada in any discipline since the Winter Games were launched in 1924.