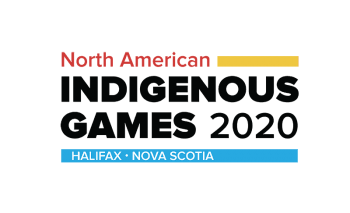 “We want our athletes to enjoy Halifax and all it has to offer.” — Levi Denny, Nova Scotia’s chef de mission
By Sam Laskaris
Windspeaker.com Contributor
HALIFAX

Nova Scotia sporting officials have some lofty expectations for their athletes who will participate at this year’s North American Indigenous Games (NAIG).

In fact, there’s a pretty good chance Nova Scotia athletes will win more medals at this year’s multi-sport competition than they have at any previous NAIG.

The 2020 NAIG will be staged in Halifax from July 12 to July 18. About 5,000 athletes are expected to take part in the Games. Fifteen sports will be contested.

Those that take part in NAIG represent one of the 26 provinces, territories, states or regions in Canada or the United States.

Nova Scotia sent its largest contingent—about 150 athletes—to the last NAIG, which was held in Toronto in 2017.

Those athletes ended up winning a total of 16 medals (five gold, seven silver and four bronze). Nova Scotia ended up 12th in the over-all team standings.

It only makes sense that Nova Scotia will fare better in the medal standings this year as the host squad will be represented by twice as many athletes this time around.

Nova Scotia’s chef de mission Levi Denny said the goal is to have 300 athletes from the province compete in this year’s Games.

“We decided that it was a nice round number,” said Denny, a member of the Eskasoni First Nation. “We feel we can compete well with this number.”

But Denny realizes the high calibre of some of the athletes who attend the Games.

“I know the competition out there is pretty tough,” he said.

Denny is not willing to reveal just how high the team is hoping to finish in the medal standings this year.

“Privately we have a goal in mind,” he said. “If that happens, we will be very happy.”

What Denny is willing to state for public consumption it that Nova Scotia officials are hoping that all of its athletes in the Games fare as well as they can, and register personal bests in sports that apply.

“We hope that will translate into medals,” he said.

Team officials though are also hoping all participating athletes have a memorable experience.

“We want our athletes to enjoy Halifax and all it has to offer,” he said.

Toronto previously marked the furthest east the NAIG had been held in Canada. Denny said serving as hosts for this year’s Games provides additional pride for those from Nova Scotia that will be taking part.

“For us Mi’kmaq we’re a very proud culture,” he said. “For us to showcase our culture it does feel extra special being home. We’re in our home territory and we get to represent the Mi’kmaq of Atlantic Canada.”

This year’s NAIG will mark the 10th time that Games have been held. The inaugural Games were staged in Edmonton in 1990.

Nova Scotia, however, has only sent representatives to the last four Games.

The province first sent athletes to the 2006 NAIG, held in Denver. It also had its athletes compete at the 2008 Games in Cowichan, B.C. and the 2016 Games in Regina.

Denny had served on the Nova Scotia mission staff in each of the past four NAIG. He was hired to be the team’s chef de mission for 2020 back in September of 2018.

Though this summer’s Games are still several months away, Denny said preparations for the various Nova Scotia teams have been underway for some time.

“We’ve got most of our coaches in place,” he said. “We wanted them picked nice and early so we could get moving.”

All of the Nova Scotia teams have also held various identification and/or tryout camps.

“But just a few of them have their rosters finalized,” Denny said. “Some coaches prepare differently and some are anxious to get on the go.”

Denny said Nova Scotia clubs have been given an April deadline to finalize their rosters.

As of now, (rifle) shooting is the only sport that will not feature any Nova Scotia entrants.

Denny added there is a chance Nova Scotia will also not be represented in some other sports.

“We’re still trying to find and identify some athletes,” he said.