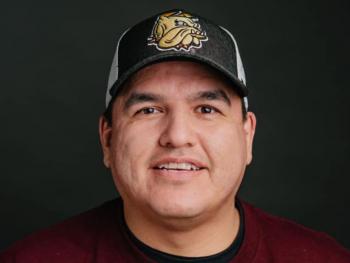 “There’s a lot of (Indigenous) talent, not only in northern Ontario but in Canada as well.” — Trevor Iserhoff
By Sam Laskaris
Local Journalism Initiative Reporter
Windspeaker.com

Update 7:56 p.m. Oct. 19: Additional First Nations players for the Fighting Walleye have been identified by the team.

Trevor Iserhoff has officially been a hockey scout for a junior franchise for only a couple of days now.

But Iserhoff, a member of Moose Cree First Nation in northern Ontario, is already different than the thousands of others who spend countless hours evaluating and seeking talent for junior hockey clubs across the country.

That’s because of the title he has been given.

Besides being named as a northwestern Ontario scout for the Thunder Bay-based Kam River Fighting Walleye, Iserhoff is also appointed as the First Nations scout for the expansion squad that will compete in the Superior International Junior Hockey League (SIJHL). 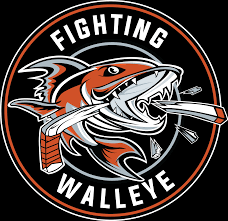 Iserhoff, who lives in Kenora, is believed to be the only scout in the Canadian Junior Hockey League (CJHL) that has been given the specific task to identify talent from First Nations. CJHL is comprised of the SIJHL and nine other Junior A leagues across the country.

“There’s a lot of (Indigenous) talent, not only in northern Ontario but in Canada as well,” he said.

Iserhoff, 40, is surprised he is in all likelihood the lone First Nations scout in the CJHL, which features 132 teams, but he isn’t the first one to hold that title.

Kevin McCallum, who is the general manager and a co-owner of the Kam River club, said that he also employed a First Nations scout when he was with the SIJHL’s Thief River Falls Norskies, a Minnesota-based team.

McCallum served as the Norskies’ GM/co-owner from 2016 to 2018. For those two seasons he hired Dean Beardy, a member of Sachigo Lake First Nation, to serve as the First Nations scout for the Thief River Falls squad.

McCallum, who also previously owned a Junior B team in Thunder Bay, is aware there are numerous Indigenous players who have the abilities to suit up for junior clubs.

“Any time I was involved with a junior team I’ve had guys with eyes to help me out and find these (Indigenous) players,” McCallum said.

Iserhoff would love to see other junior clubs add a First Nations scout to their staffs.

“It would be nice,” he said. “And it can be done. There’s a lot of talent for these teams to look at. Hopefully we start a trend and there will be more First Nations scouts in all the leagues in Canada and not just ours.”

The first-year Fighting Walleye have already signed five Indigenous players to their roster for the upcoming season.

Chisholm, a member of Fort William First Nation, will return to his hometown to suit up for the Fighting Walleye after having spent the past two seasons with the Okanagan Hockey Academy in Whitby, Ont.

Thomas, who is from Duck Lake, Sask., bounced around to five different junior hockey teams in western Canada and the United States during the 2019-20 season.

Mercredi, who is from the northern Alberta town of High Level, suited up for three different clubs last season in western Canada.

And Chapman, from Sachigo Lake First Nation, split the 2019-20 season between a pair of teams in the Greater Metro Junior A Hockey League.

Members of the Fighting Walleye have been on ice staging practices for a couple of weeks now.

Like most other hockey leagues, the SIJHL season is in limbo because of the pandemic.

League officials are waiting to hear when they will be given the all clear to commence regular season action.

A pair of tentative starting dates that have been floated around are Nov. 15 and Jan. 5, 2021.

Complicating matters for the SIJHL is the fact the Canada/US border remains closed due to safety concerns caused by the COVID-19 pandemic.

That means SIJHL officials might have to plan a 2020-21 schedule which excludes Thief River Falls and the league’s other American entrant, the Wisconsin Lumberjacks.

If that’s the case, the Fighting Walleye would only compete against the four other Ontario franchises in their inaugural SIJHL campaign. Those teams are the Dryden Ice Dogs, Fort Frances Lakers, Red Lake Miners and Thunder Bay North Stars.

Iserhoff believes the Kam River team could conceivably add more Indigenous players to its lineup as early as this season.

“If we do need other players, I can’t see them not willing to sign the player now,” he said.

Iserhoff also said he’s excited to be a part of a new organization.

“It’s a lot of work because we are starting from the ground up,” he said. “But we have a great staff. And we have scouts basically from all over North America.”

This marks the first season Iserhoff has been officially listed as a scout with a junior hockey franchise.

But it’s not the first time his services have been sought to help identify talent. Five years ago he helped out a bit, scouting players for the Cochrane Crunch, members of the Northern Ontario Junior Hockey League.