Enoch putting the pieces in place for its Junior A squad 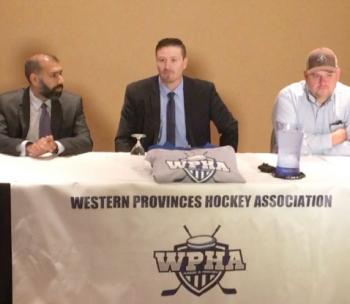 “It’s long overdue to get a hockey team like this for Enoch. This is good for the community, having some elite hockey here.” —Tomahawks’ president Levi Morin
By Sam Laskaris
Windspeaker.com Contributor
ENOCH CREE NATION, Alta. 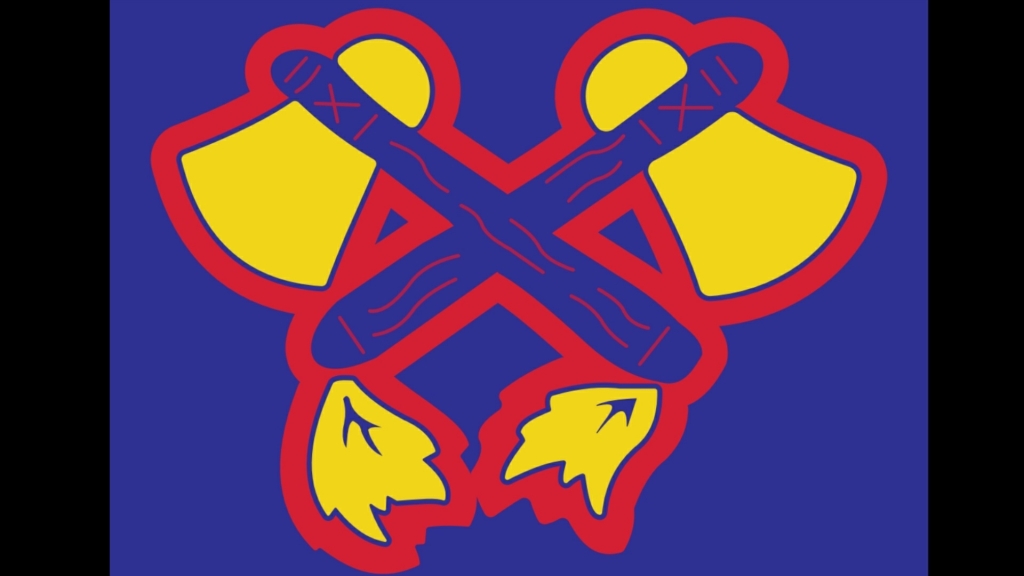 Junior A hockey is heading to Alberta’s Enoch Cree Nation. And Darren Reid, a former professional player who made it to the National Hockey League, has been chosen to lead the squad in its inaugural season.

The Enoch Tomahawks, who will compete in the Western Provinces Hockey Association (WPHA), staged an introductory news conference on Monday.

Reid, a 36-year-old Metis who played six seasons of pro hockey, will serve as the head coach and the general manager of the Tomahawks.

Last year Reid was an assistant coach for the Drayton Valley Thunder, members of the Alberta Junior Hockey League. But he was not interested in returning to that Junior A franchise.

Reid was not planning to coach this coming season until the Tomahawks’ brass got in touch with him.

“I was already working,” said Reid, who is an oil field truck driver. “But I decided this was something I would be interested in.”

The 2019-20 campaign will mark the second season of operations for the WPHA, which is not sanctioned by Hockey Canada. That means squads in the league are not allowed to play against other Junior A clubs that are sanctioned by the national governing body of the sport.

Last year the WPHA was the Canadian division of the American-based Western States Hockey League.

But the WPHA has split from that circuit. Instead, it has formed an affiliation with the Ontario-based Greater Metro Junior A Hockey League (GMHL), another loop that does not have Hockey Canada sanctioning.

The GMHL is entering its 15th season of existence.

“It’s long overdue to get a hockey team like this for Enoch,” he said. “This is good for the community, having some elite hockey here. We kind of needed this a long time ago. A lot of people are excited about it.”

Morin is well acquainted with the WPHA. That’s because during the 2018-19 season he assisted another league entry, the Cold Lake Wings.

“I helped with their player recruiting,” Morin said, adding league officials approached him this past February to see if the Enoch Cree Nation had interest in operating its own squad.

“I had a good feeling of how to do things,” Morin said.

Morin will continue to work for the Enoch Cree Nation. He operates its equestrian program, which includes managing the local horsetrack.

The WPHA currently has five Alberta franchises confirmed for the upcoming season. Discussions are ongoing with a group from Saskatchewan’s Flying Dust First Nation, which has expressed interest in joining the league.

As for the Tomahawks, Reid is hoping to stage the club’s first tryouts next weekend.

Players will have to pay to be a part of the Junior A franchise. But Reid does not believe he’ll have any problem starting a team from scratch and filling up his roster.

“I don’t think it will be difficult at all,” he said. “I know a lot of kids from all over the province.”

Morin likes the fact the Tomahawks will provide an opportunity to a number of Indigenous teens to play Junior A hockey.

But the Enoch side will not be restricted to Indigenous players.

That’s because Morin expects players from Edmonton, St. Albert, Leduc and Stony Plain will also have interest in suiting up for the squad.

Reid, who played a total of 21 NHL games (14 with the Philadelphia Flyers and seven with the Tampa Bay Lightning), said he will not be looking at a player’s ethnicity when determining his roster.

“It doesn’t matter to me (if they’re Indigenous or non-Indigenous),” he said. “If you come prepared to work hard and play from your heart, that’s going to be a decision maker for me.”

The Tomahawks will play their home contests at the Enoch Recreation Centre, a facility local residents simply call The Old Barn.

Morin is confident the club will have plenty of supporters showing up for home matches.