B.C. Junior A hockey contests on First Nations postponed due to COVID 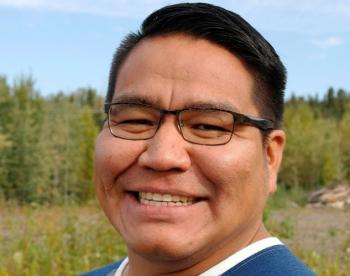 “The best route to take right now is to postpone this event and minimize any further cases within the six Nations and the village of Burns Lake.” — Murphy Abraham, chief of Lake Babine Nation
By Sam Laskaris
Local Journalism Initiative Reporter
Windspeaker.com

The ongoing pandemic has forced the postponement of a pair of British Columbia Hockey League (BCHL) matches that had been scheduled to be held on the territorial lands of Ts’il Kaz Koh First Nation.

The BCHL Road Show was supposed to take place in the village of Burns Lake. A pair of league entrants, the Prince George Spruce Kings and the Salmon Arm Silverbacks, had been set to play a pair of regular season contests on Feb. 25 and Feb. 27.

BCHL officials, however, announced on Tuesday, Jan. 11, that those two contests in Burns Lake would be postponed until some point during the 2022-23 season, because of the rise in the number of COVID cases throughout the province.

Besides Ts’il Kaz Koh First Nation, five other First Nations that are in or surrounding Burns Lake, had also been supporting the two Junior A matches that were to be held. Burns Lake is in or adjacent to the territorial lands of Wet’suwet’en First Nation, Cheslatta Carrier Nation, Nee Tahi Buhn Indian Band, Lake Babine Nation and Skin Tyee Nation.

Though he’s not happy with the decision, Murphy Abraham, chief of Lake Babine Nation, believes the logical choice is to postpone the matches until unspecified dates.

“The Lake Babine Nation is greatly disappointed with the postponement of the Road Show event due to the rising cases of COVID-19,” Abraham said. “The best route to take right now is to postpone this event and minimize any further cases within the six Nations and the village of Burns Lake.”

Abraham is pleased though league officials still plan to stage matches in the small community next season.

“We are grateful, however, that this event will return next year in a much more extravagant and significant way that will be memorable for all to see,” he said.

BCHL commissioner Chris Hebb expressed disappointment at not being able to go ahead with games this season.

“We are extremely disappointed to have to postpone this event,” Hebb said. “The community of Burns Lake and the Lake Babine Nation have been so supportive since day one.”

Like Abraham, Hebb hopes that waiting until next season will provide better memories for the hosts.

“Unfortunately, the league and the host committee came to the difficult decision to postpone the event to next year in order to give Burns Lake the full Road Show experience,” Hebb added. “We look forward to hosting a great event next season.”

This year’s games that were scheduled to be played at the Tom Forsyth Memorial Arena in Burns Lake will now be staged Feb. 26 and Feb. 27 in Prince George.

The BCHL’s Road Show was launched in 2020. The league teamed up with Haisla First Nation that year to hold a pair of games in Kitimat.

Those matches featured the Spruce Kings and the Langley Rivermen.

Road Show contests were not held in 2021, however, because of the pandemic.