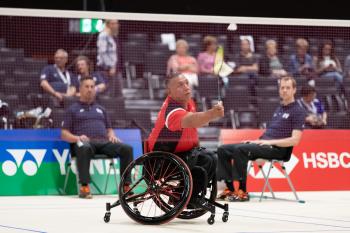 Seven years after he retired from a lengthy and illustrious wheelchair basketball career Richard Peter is still on the court these days.

And the 47-year-old, a member of British Columbia’s Cowichan Tribes, has his eye set on representing Canada at the 2020 Paralympics in Tokyo, albeit in a different sport now.

Peter, who lives in Vancouver, is now one of the world’s top players in Para badminton, a sport which has been around since the 1990s but has only been making inroads in Canada during the past few years.

Para badminton will make its Paralympic debut at next year’s Games in Japan.

Peter has already participated in five Paralympics as a wheelchair basketball player, helping Canada win four medals, including gold at the 2000, 2004 and 2012 Games.

Four years ago officials from Badminton Canada and Badminton BC asked Peter if he could help find athletes who would be interested in Para badminton. He did recruit some individuals. But he also thought he’d give the sport a shot as well.

“I decided I might as well get out there and play myself,” he said.

It didn’t take long for Peter to excel in the sport. He won his first Canadian men’s singles title in 2017.

Peter also made a bit of history this past week. He joined forces with Bernard Lapointe of St. Leonard, N.B. to capture the bronze medal in men’s doubles at the Parapan American Games, which concluded on Sunday in Lima, Peru.

It was the first time Para badminton has been included in those Games, which have been held every four years since 1999.

Canadian championships have been held in the sport since 2016.

“It is just about wheelchair skills,” he said. “That was one of the benefits when I played my first opponent. He was a better hitter than me but I had better (wheelchair) skills than him.” 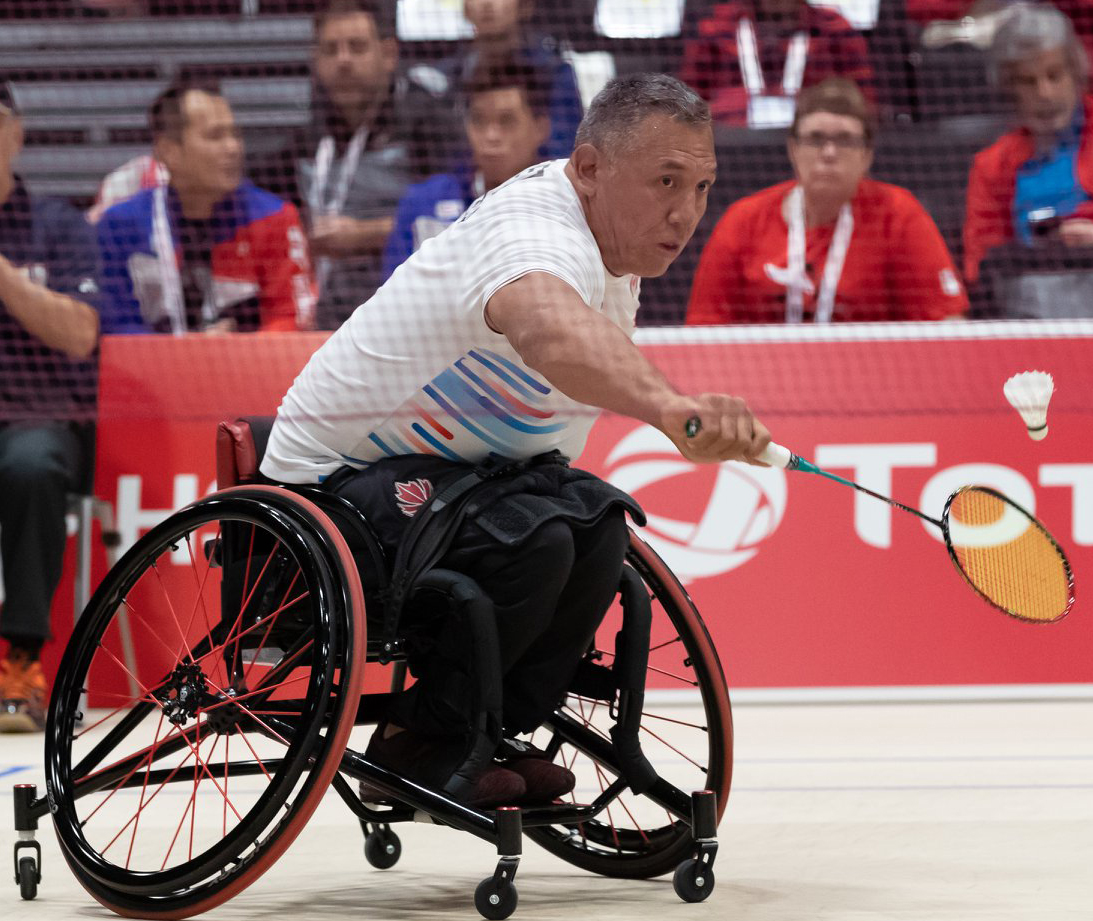 Though he’s already starting to make a name for himself at the international level in Para badminton, Peter said his game requires plenty of improvement.

“I don’t hit with the proper technique,” he said. “It’s one of the biggest skills I’m working on now.”

Ideally, he’d like to represent Canada in both singles and doubles play at the 2020 Paralympics.

“It’s hard to say which one is my best, whether it’s doubles or singles,” Peter said.

In order to compete at the 2020 Games he’ll have to attend various competitions around the world in the next year and earn points in different qualifying tournaments.

And he’ll also have to find a suitable schedule for both Lapointe and himself to participate in some of those qualifying tournaments.

Lapointe and Peter, who have been doubles partners for two years, were able to achieve success in Lima even though they don’t have regular training sessions together.

That’s because they live at opposite ends of the country.

“That’s actually the biggest challenge, the east-west challenge,” Peter said. “We only train together when we go to tournaments.”

Peter said he’s had discussions with Lapointe to see what can be done in order for the pair to start having frequent training sessions together. That might see one of them relocating to the other’s hometown for several months. Another option is meeting perhaps somewhere centrally in Canada for practice sessions.

Qualifying for the Tokyo Paralympics will not be an easy feat.

“It’s an uphill battle,” Peter said. “Now we’re getting a lot of teams coming out. We have to pull up our socks and train together more.”

Peter’s chances though for success increased this past April when he was able to acquire a new wheelchair.

“The first couple of years I just used my old basketball chair,” he said.

His new wheelchair features different wheels, better allowing him to lean backwards or forwards without falling over.

Peter has used a wheelchair since he was run over by a school bus at the age of four. He broke his spine in that accident and he’s been paralyzed from the waist down since.

Peter was reunited with some of his former wheelchair basketball teammates, who were also competing at the Parapan American Games in Peru. Other Canadian athletes from other sports that he also knows were participating as well.

“It was good to have them there and have them come out and support me,” he said. “It was a lot of fun to see them and old friends again.”