Alberta Indigenous Games gearing up for another year of competition 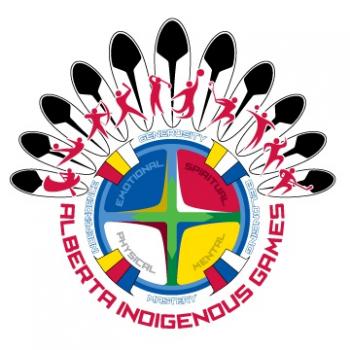 Thanks to some record-breaking participation numbers last year, the Alberta Indigenous Games have now become an annual event.

Organizers had struggled to attract entrants during the first three Games, but that was not the case in 2017 as more than 1,100 participants showed up.

This figure was more than double the previous high of 480 competitors at the 2015 Games.

“We had so many people commenting that we should do it on an annual basis,” said Games’ president Martha Campiou. “And with the good reviews we had last year I thought it could be done.”

This year’s Games are scheduled four Aug. 15 to Aug. 19 in Edmonton.

Organizers felt they could handle putting together another Games this year since they envisioned a scaled-down version, offering just five team sports and none of the seven individual sports that had been contested in 2017.

As of mid-July more than 70 teams had registered to take part in basketball, ball hockey, volleyball, fastpitch and lacrosse competitions. That translates into roughly 700 to 800 athletes taking part.

And even more are expected to be added in the coming weeks. A previous registration deadline of July 15 has already passed and organizers have now set a firm deadline of July 27 being the final day to sign up.

“Now that the numbers are coming in we are ecstatic,” Campiou said, adding officials believe they can match or even surpass 2017 participation figures.

Though this year’s Games are still about a month away, Campiou said preparations have already started for the 2019 event, during which both individual and team sports will be offered.

Campiou also said she feels there is no need to rotate the Games around to various Alberta communities and that they will continue to be held in Edmonton each year.

“It’s a central hub,” she said. “It’s a pretty easy access from all directions.”

The only year the Games were not held in Edmonton was 2013 when they were a bit northwest in the city of St. Albert.

Located about a dozen kilometres away from the provincial capital, St. Albert is part of the Edmonton Metropolitan Region.

Campiou said there is still a rather important component to this year’s Games that officials need to plan.

“We’re still looking at honouring Allan Ross who was the founder of the Games,” she said.

His family – Ross left behind a wife and seven children – attended a recognition ceremony in his honour at last year’s Games.

Jacob Hendy, the Games’ CEO, is thrilled interest in the event has taken off. And he’s hoping they continue to grow.

“I really would like to catch up to Saskatchewan,” he said. “I think they have about 2,000 athletes (for their Indigenous Games).”

It was just last year that officials from the Alberta Indigenous Games were stating that they had some awareness issues to overcome. That’s because they felt many within the province were getting confused about the Games.

It didn’t help matters that Alberta was sending a contingent to last summer’s North American Indigenous Games in Toronto and the fact the World Indigenous Nations Games were also in Edmonton last July.

“A lot of people didn’t know about us and maybe they were a bit confused,” Hendy said. “But they still came out and we still got record numbers.”

As was the case a year ago, Games’ officials are receiving a big assist once again from Edmonton’s Oteenow Employment and Training Society.

In 2017 the funded organization was able to provide Games officials with two students for a couple of months. They were able to help out with organizational details.

As for this year, the Oteenow Employment and Training Society has doubled its support and is providing four post-secondary students to the Games. They began their full-time work with Games’ officials on June 1 and will continue until the conclusion of the Games.

“It takes a little bit of the load off,” Hendy said, not only about himself but other Games’ reps. “And it gives them an opportunity to learn a lot of skills.”

More information about the Games or those looking to still register can do so at the website http://www.albertaindigenousgames.ca