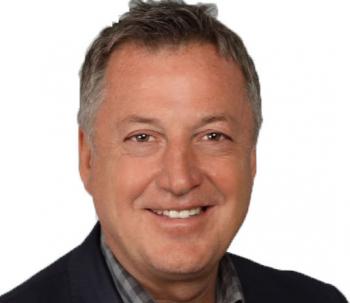 “I would hope people have the desire to work together. Obviously, we’re stronger when we work together.” — Rob Newman, new president of the Aboriginal Sport Circle
By Sam Laskaris
Local Journalism Initiative Reporter
Windspeaker.com

Rob Newman has some additional responsibilities in this, his second, year of serving on the Aboriginal Sport Circle (ASC) executive board.

Newman originally thought he would continue to serve as one of the board of directors for the ASC, the national governing body for Indigenous sport in Canada.

But in October, Newman was asked to fill the role of president, at least until the next annual general meeting in September 2021.

An ASC bylaw stipulates the role of president has to be filled by an individual already on the executive.

“I’ve only been on their board for one year,” Newman said. “Hopefully, I established some sort of confidence that they would take this step.”

For the past eight-and-a-half years, Newman has served as the CEO of Sport BC, the non-profit federation that represents more than 60 sports organizations throughout British Columbia.

“Hopefully, I can bring some of my business acumen to the table,” he said of his new role with the ASC.

Last month Shannon Dunfield, a member of the Métis Nation of Alberta, was named as president of the North American Indigenous Games Council.

“I think it shows there’s opportunities for Métis citizens to hold responsible titles in the Indigenous sports world,” Newman said.

Newman, who is a citizen of the Métis Nation—Saskatchewan, lives in Saskatoon. He is currently working remotely on his Sport BC job.

But before the pandemic he was commuting from his home to his job in Vancouver, usually flying back and forth weekly.

ASC will also be putting in an interim leader to serve at least until April when the association’s new fiscal year begins. An announcement will be made shortly.

“We’re going to bring in an interim leader to get us through the next few months,” Newman said.

Though he’s only held the presidency role for about a month now, Newman said he will in all likelihood run for the position at the 2021 ASC election.

“I would hope I would have the support to continue,” he said.

Like his Sport BC job, for the time being, Newman’s work with the ASC will also be done remotely.

“The main focus will be getting our organizational house in order,” he said.

Newman realizes there is plenty of work that needs to be done. That’s because at times there has not been much cohesion between the national organization and its affiliated provincial and territorial Indigenous sports bodies.

“I would hope people have the desire to work together,” Newman said. “Obviously, we’re stronger when we work together.”

Newman is hoping to start guiding the ASC in a new direction.

“We need to work on a national strategy for Indigenous sport in Canada,” he said. “We’ll be tendering for a consultant to help us through that process.”

The pandemic though has created some tough situations and not just for the ASC.

“It’s challenging times for any sports organization because of the pandemic because you can’t host any events,” Newman said.

Earlier this year one of the ASC’s marquee events, the National Aboriginal Hockey Championships (NAHC), which had been scheduled for Regina in the spring, was cancelled. The 2021 NAHC tournament has also been cancelled.

Newman is now hoping the annual tourney will take place again, starting in 2022.

Newman said there is a chance national Indigenous championships could be added in other sports, including perhaps basketball and volleyball.

“There has been talk at the board table to build up our programs,” he said. “There’s so many opportunities to do that.”