Regional chief shocked, angry at travelers who put First Nation and the Yukon Region at risk 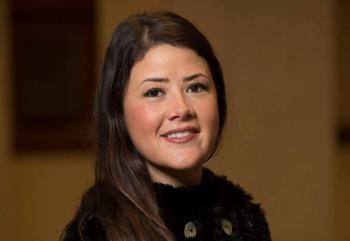 "Like so many, I'm shocked and angry, but not surprised," said Adamek.  "These actions are a blatant display of disrespect and an exemplification of true privilege and entitlement; a selfish millionaire and his wife stole doses of the vaccine from a vulnerable population and put an entire community, nation and region at risk."

Adamek was reacting to news that Rodney and Ekaterina Baker chartered a private plane and flew to Beaver Creek to cut to the front of the vaccine line, and potentially exposed an entire community to the virus because they violated quarantine regulations.

According to reporting by the CBC and the Yukon News, RCMP caught the couple after they had received the vaccine and were trying to return to Vancouver from the Whitehorse International Airport.

"I commend White River First Nation for taking measures to implement greater security for the sake of the Elders and nation, but it shouldn't have to come to this," said Adamek.

“The fines and consequences need to be higher for this type of blatant disregard for First Nations safety. Communities and this region need certainty that these actions will not be tolerated, and that authorities will ensure tighter restrictions are in place for this to not reoccur."

As reported in the media, the couple were fined $1,150 each and could face a maximum of six months jail time. Baker earned $10.6 million dollars in 2019 as the CEO of the Great Canadian Gaming Corporation.

“The actions displayed are clearly linked to this couple’s privilege. It exemplifies a cycle that we continue to see in many places and spaces, and the double standard that exists between Indigenous and non-Indigenous people who break the law,” said Adamek.

"It’s not enough that Baker resigned. Baker and the Great Canadian Gaming Corporation have a moral debt to White River First Nation that needs to be repaid. Any type of reparations should be determined for and by the community,” said Adamek.

"This cowardly act should not go unpunished, and authorities should send a message to anyone else trying to commit such a heinous offense that it will not be tolerated."