OPINION: We know the truth about manufactured extinguishment 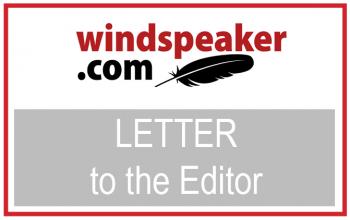 For government and big business, brace yourselves for some major changes in who you will be dealing with.

Let’s get something straight here with all this talk of reconciliation between Canadians and the original peoples of this continent.

Canada nothing! Crown nothing! This is still our country. The original tribes are still the lawful titleholders. That is the basic tenet of first law.

The Indigenous political leadership, academics and legal community have to climb out of this Section 35 prisoners box we are all in and start getting to know who they really are.

Canada’s own body politic, its judiciary, its captains of industry and the media who perpetuate the myth of Canadian title have to do the same thing.

Get this straight: no misinterpreted treaty or act of Parliament or domestic court decision has the jurisdiction to change whose country or countries we are living in.

Unless of course the original peoples agree to extinguish title. So for those who knowingly or unknowingly consent to extinguishment, shame on you. That’s between you and your Creator.

But for those of us who know this is our country, we are not giving it away. We are keeping our title.

We know the truth. Fortunately, or unfortunately, so do the Crown and the other corporations benefitting from the manufactured extinguishment of our title via treaties, land claim agreements, band council resolutions, Supreme Court decisions, the creation of territories under Crown law.

About the only ones who don’t seem to know are the ones who agree to abide by these transactions.

Elections are coming up and some participation by Indigenous people in Canadian democracy might have merit. Increasing meaningful representation in Parliament is not a bad thing with the proviso that domestic Canadian law does not replace first law. First law supersedes second law. First law is our title. Second law is the Canadian system.

This legality probably won’t be obvious in the Top 10 of the 2019 election issue hit parade. But everybody should pay close attention to the developments in reclaiming tribal sovereignty.

For academe to deny the existence of first law or to not even question it, that is a contravention of the Association of Universities and College’s statement on academic freedom.

As for the judiciary, they are enforcing second law on first law people. This, of course, is against the law.

For government and big business, brace yourselves for some major changes in who you will be dealing with.