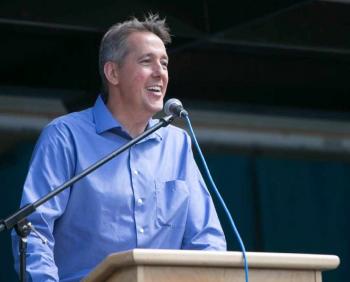 President, on behalf of the Saskatchewan History & Folklore Society

The Saskatchewan History & Folklore Society exists to enable and inspire the sharing of stories and histories that reflect the diversity of our province.  By creating space for sharing diverse histories, we can promote intercultural understanding, respect, and a sense of belonging.  Our histories are central to who we are.  They ground us in geography and anchor us in time.

Over the past half century, people have come to appreciate the ways that accounting for gender, class, and ethnicity works to both complicate and enrich historical understanding, and how this can help us address inequality today.  But when it comes to embracing histories that depict Canada as a settler society, many people still resist.

This resistance, in our opinion, has little to do with debates over the interpretation of historical evidence.  Rather, it reflects a deep discomfort with acknowledging that the land and resources that have benefited (and continue to benefit) settler society were secured at the cost of Indigenous lives, lands, culture, and prosperity – a cost that continues to be paid to this day.

Further, the system that sustains these inequities is designed to be invisible to those who benefit from it.  It is deeply uncomfortable when that invisibility begins to be dismantled, and long cherished and comforting narratives begin to be seen in a new light.  But such discomfort should not be an excuse to obscure the darker histories of our province.

When people say that Canada is a settler colonial state, they are referring to the fact that colonists (i.e. settlers and immigrants) came with the intention to stay, and for that they needed land.  In this context, Indigenous people were in the way; they were a problem.

The solution that Canadian society adopted was to displace Indigenous people. Indigenous nations who had been valued military allies in earlier times and economic partners during the fur trade were cast aside once settler populations reached a critical mass.  Canadian society then adopted policies and practices that promoted settlement through the expropriation of Indigenous lands.

Rather than extending an invitation to be citizens of a country they could co-create, Canada made Indigenous people wards of a state in which they had no role.  On the Canadian prairies, nefarious government officials contributed directly to Indigenous people’s suffering and even starvation; the residential school system was a deliberate attempt to destroy Indigenous cultures.

Many myths have been created to justify these harms, and to keep settlers unaware of how they have benefited.  For example, the now legally discredited concept of “Terra Nullius” (an empty land) promoted the idea that Indigenous people didn’t use the land properly because they didn’t farm as Europeans did, and therefore had no right to it. History has an important role to play in dismantling myths such as these, and in adding to the “truth” in Truth and Reconciliation.

Throughout Canadian history each successive generation of immigrants (settlers) have benefited, either directly or indirectly, from the displacement of Indigenous people. Our SHFS Board and staff can name a variety of our own German, British, or Danish ancestors who were among the earliest of these beneficiaries in Saskatchewan, and, like even the most recent immigrants today, we acknowledge that we continue to benefit.  Each successive generation of Indigenous people, by way of contrast, have directly suffered the consequences. Settler colonialism, therefore, is not simply an historical event, it is an ongoing process.

Saskatchewan’s History and Folklore Society has a mandate to help make Saskatchewanians aware of the entirety of our province’s history.  We believe settler Canadians can be proud of what the pioneers achieved after arriving on surveyed quarter sections, with little money in their pockets and dreams in their hearts.

However, if that pride is not balanced by a recognition of the consequences that settlement had (and still has) for Indigenous people, then what we are doing is neither researching history nor documenting folklore, but merely pedaling nostalgia.

As historians and folklorists we have a role to play in ensuring that certain histories do not eclipse others.  When we re-evaluate and re-frame the histories we tell ourselves about ourselves – when we recognize the contradictions and ambiguities inherent in all histories – we are helping build a foundation for reconciliation.