Writer/artist saw the gritty streets of Winnipeg as inspiration 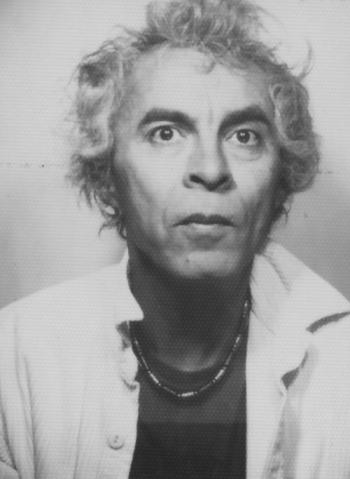 Though he passed away in 2005, three years after publishing “city treaty, a long poem”—his unabashed manifesto about colonialism—Marvin Francis continues to influence award-winning writers.

“city treaty” is described by author Thomas King as “nasty, rude, sneaky, cranky, smart, truthful and intelligent”, and “takes on the tough issues of cultural assimilation and the challenges faced by a traditional community trying to locate itself in the urban context.”

“Francis’ ‘city treaty’ was the first book that made me say ‘I am going to do this too’,” said Katherena Vermette, the winner of the 2013 Governor General’s Literary Award for Poetry for “North End Love Songs.”

In a poem, he called such writers “word drummers”– writers who hurtle words into that English landscape like brown beer bottles tossed from the back seat on a country road.”

Keeping the influential writer and artist’s memory alive is the Marvin Francis Gallery in Winnipeg’s Urban Shaman art gallery, named for the former board member who also provided leadership to the Manitoba Writers Guild.

“He was always writing, and if he ran out of paper, he’d break pieces off his constant companion, the cigarette pack, and scribble thoughts and ideas on these bits of paper. Some contained a full piece; short, but full of meaning. Others were the start of something amazing.”

Colleagues also affectionately dubbed Francis ‘I’ll read just one more piece’, because “once he got under the lights to recite, it was almost impossible to take him off,” Mercredi explained.

“He’d always say ‘just one more’ when his time was up. Inevitably that one piece would stretch to a few more and that is why we always put Marvin on last whenever the (Manitoba Aboriginal Writers) collective had a reading.”

“His enthusiasm for the collective and for writing, and his love of performing, served as our backbone and example of what the written word was supposed to be when done with love and passion,” Mercredi said.

Always expanding his horizons, Francis not only wrote but made visual art and created virtual Internet exhibits, as well. He dabbled in wood-cut printmaking and was completing his Ph.D. in English at the University of Manitoba when he passed.

“He was always working on so many projects,” said Jamis Paulson of Turnstone Press, publisher of “city treaty” and “bush camp”, Francis’s second book of poetry published posthumously in 2008.

“He had this idea to install a poem without end that would run along the underground circular concourse here in Winnipeg. Wherever you entered you could read the poem.

“Today with LCD technology someone could string up monitors in a circle to make it happen, but back in 2000 when he was talking about it, it was radical. Brilliant.”

Reasons behind his railings against cultural assimilation and dominant society are evident in his 2004 contribution to “Canadian Dimension” magazine, where he identifies as “part of the massive migration of Aboriginal peoples to the city.

“I was raised by a single mother who moved us to Edmonton (and many other places) from the Heart Lake First Nation in Alberta to avoid residential school for my siblings and me.”

The “urban rez” became his life, and his first city experiences “loaded with culture shock, mostly negative”. The “in-your-face racism of the seventies” overwhelmed him.

“Marvin was part of that generation of underground Indigenous writers, those that knew no boundaries,” said Mercredi.

“He wrote about life as he saw it and experienced it. That is probably why we got along. We came from that same background; that blue collar working background that we placed on the page in our way, a no-holds-barred style of street writing. We both worked in construction camps, Marvin on the railroad crews, me, hydro and highway camps … bush camps we called them.

“Marvin was a genius.”

Paulson marveled at Francis’ ability to say ‘Hey, pay attention to this (social issue)’ all the while using so much humour “that it was fun to listen to him.”

Case in point is mcPemmican, the oft-quoted poem from “city treaty” taking aim at our fast-food, throwaway culture.

First you get the grease from canola buffalo then you find mystery meat/you must package this in bright colours just like beads … special this day mcPemmican “cash those icons in/how about a mcTreaty” would you like some lies with that?

Urban Aboriginal experience depends on the circumstances of the individual, Francis wrote, but also “contains a spectrum that ranges from new possibilities to that social monster, crack.”

Indeed, as a marginalized renter, he lived next door to a crack house on Furby Street in Winnipeg, prompting him to write Furby Shakespeare:

Paulson wonders if Francis was still alive how far he could have taken his agenda to protest today’s pipeline proposals and inaction regarding missing and murdered Aboriginal women.

He had already won the John Hirsch Award as Manitoba’s most promising writer by 2003, and was looked upon as a “burgeoning voice and cultural ambassador.”

“Marvin passed away from cancer in 2005, and as I understand it, died the day after finishing his bush camp manuscript,” Paulson said.

At only 49 years of age, friends say his battle with cancer was longstanding, but he never spoke of it.

“All the while he was getting treatment, people did not know. That’s why it was such a shock when he left us so suddenly. He was just getting started,” Paulson said.

Francis left a small family, his life partner Cindy Singer; daughter Samahra; and three brothers and one sister, to mourn him.

But there is a small multitude who will miss his intelligent, street smart voice, not to mention the word drummers who continue to blog about him, and have adopted his poetry and art as their own.