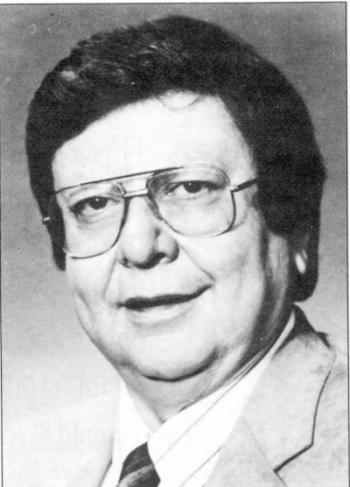 "It seemed like a good idea at the time."

Those words were like a mantra to Dr. Clare Clifton Brant. He spoke them when things he did didn't quite turn out as planned, or when what he planned turned out more successfully than he first considered.

Brant was born on July 7, 1941 in the Mohawk community of Tyendinaga on the northeastern shore of Lake Ontario. He was born into the Wolf Clan, the youngest child of Hubert Brant and Pearl Hill.

Brant knew from a young age that he wanted to become a doctor. It was the only thing he ever talked of becoming. And it was a goal he realized in 1965 when he received his medical degree from Queen's University in Kingston, Ont., becoming the first Native to graduate with a medical degree from the institution.

At the time it was uncommon for First Nations people to pursue post-secondary education, but it was not uncommon in the Brant household. His sister Lorraine had become a registered nurse, and his sister Marlene earned a masters of social work degree.

Brant worked as a general practitioner for a number of years, both in Kingston and in Montreal. Then he decided to come home and set up shop at Tyendinaga.

And what seemed like a good idea at the time, didn't quite go according to plan. There was only a scattering of Aboriginal doctors in Canada at the time, and the people in his home community were skeptical about going to Brant, who was not only a Native doctor, but a relative as well. He ended up setting up practice in nearby Belleville and treating non-Aboriginal patients.

It took a year or two and a few house calls to people on reserve before Brant proved himself to the community. But from then on, he became the doctor of choice among the people of Tyendinaga.

Eventually, Brant decided to go into psychiatry. Again, it seemed like a good idea at the time. It was a logical next step for him in his professional development. And it also flowed from his own personal experiences in trying to find a balance in his own life between being a doctor and a being a Mohawk man.

He commented once that it took five years at Queen's University to turn him into a doctor, and another five years in psychoanalysis to restore his identity as a Native person.

His quest to find that balance was made more challenging for Brant as one of only a handful of Aboriginal doctors practicing across the country. Because of that, he once explained, whenever he was in mainstream society he was expected to be more than, or less than, he was. He was either seen as an icon or as an Indian, with all the negative stereotypes that were attached to the word in Canada in the mid-1960s.

It was only at home on Tyendinaga, he'd explained, where he could just be himself-Clare, a human being.

His move into psychiatry meshed with the view he had of the practice of medicine. Although he never used the term holistic to describe his approach, he was well aware that ill health had a mental and spiritual component, as well as the physical one, and that all these components must be addressed in treating a patient.

Brant completed his psychiatry residency at the University of Western Ontario in 1981, becoming the first Aboriginal psychiatrist in Canada. In that same year he married Ann Scott, a psychiatric social worker, with whom he would raise two children, Charles and Melissa.

As a Mohawk man who developed skills as a physician, Brant tried to create a bridge between the Aboriginal world and the world of health. This was an important role, given the health community's commitment to Western medical models, which often did not fit with the Aboriginal way of healing.

To his medical peers, he became a source of information, a door into a community they previously could not access.

Brant never presented himself as an interpreter of Aboriginal culture. He never claimed to represent Aboriginal people as a whole. He spoke from his own experiences as a First Nations doctor working with First Nations people.

Through his writings and teachings, he was able to help people in the mainstream realize that Aboriginal people in Canada have distinctive cultures and distinct ways, and that they didn't benefit from services imposed on them by people and organizations who thought they knew what was best for them.

Through his work, Brant was able to put information into an Aboriginal context, and stress the importance of healing the person, not just the symptoms; to look for the cause of the problem, not just how the problem manifests itself.

He was the first member of the medical community to recognize that addictions couldn't be dealt with just by treating the addiction, that the underlying causes that make a person turn to addictive substances as a way to cope must be identified and addressed.

In 1982, Brant became chair of the Native Mental Health section of the Canadian Psychiatric Association, which worked to make psychiatric professionals more aware of Aboriginal mental health issues, and to make them more culturally sensitive.

He worked to provide a network for professionals working in Aboriginal communities, which would grow into the Native Mental Health Association of Canada, with Brant as founding chair.

Brant also worked as a clinical instructor at the University of Western Ontario, where his gifts as a teacher were allowed to flourish. He had a traditional teaching style, using stories and humor to reach his students. This was something he had learned growing up, where the evening's entertainment often consisted of the family sitting around the wood fire and telling stories. He used the same approach in the many presentations he made over the years to colleagues and members of the public as well.

Brant's accomplishments are many.

In 1983 he was admitted as a Fellow of the Royal College of Physicians and Surgeons. He was a visiting lecturer at numerous universities. He was an advisor on Aboriginal health policy a both the provincial and federal levels, and for a dozen years was director of psychiatric services for Health Canada's Medical Services Branch.

Brant was a part-time member of the National Parole Board, and his discussion paper on the problem of suicide among Canada's Aboriginal people is included in the proceedings of the Royal Commission on Aboriginal Peoples.

Yet with all the demands on his time, he was still a good friend and family man who found time to farm his land in Tyendinaga and involve himself in the community.

Brant died March 12, 1995 at the age of 53. His writings are often cited as source material by researchers and doctoral students who build on the work he has done.

And those same writings continue to inspire Aboriginal people, who comment that Brant's words have helped them better understand themselves.

A collection of his writings and lectures has been compiled by his wife and sister Ardith.

Brant has been characterized as modest and humble, as a man who did what he did, not to make a lasting mark, but because it was what he should be doing.

In his work, he wrote about the way the Mohawk people viewed such things. You don't congratulate someone when they've done what was expected of them. The belief is that you are expected to use the gifts you are given to their fullest potential and in the service of the community, without fanfare, without praise.

That was Clare Brant's motivation for his work. Not to be recognized for his contributions. Not to leave a lasting legacy. Just because it seemed like a good idea at the time.